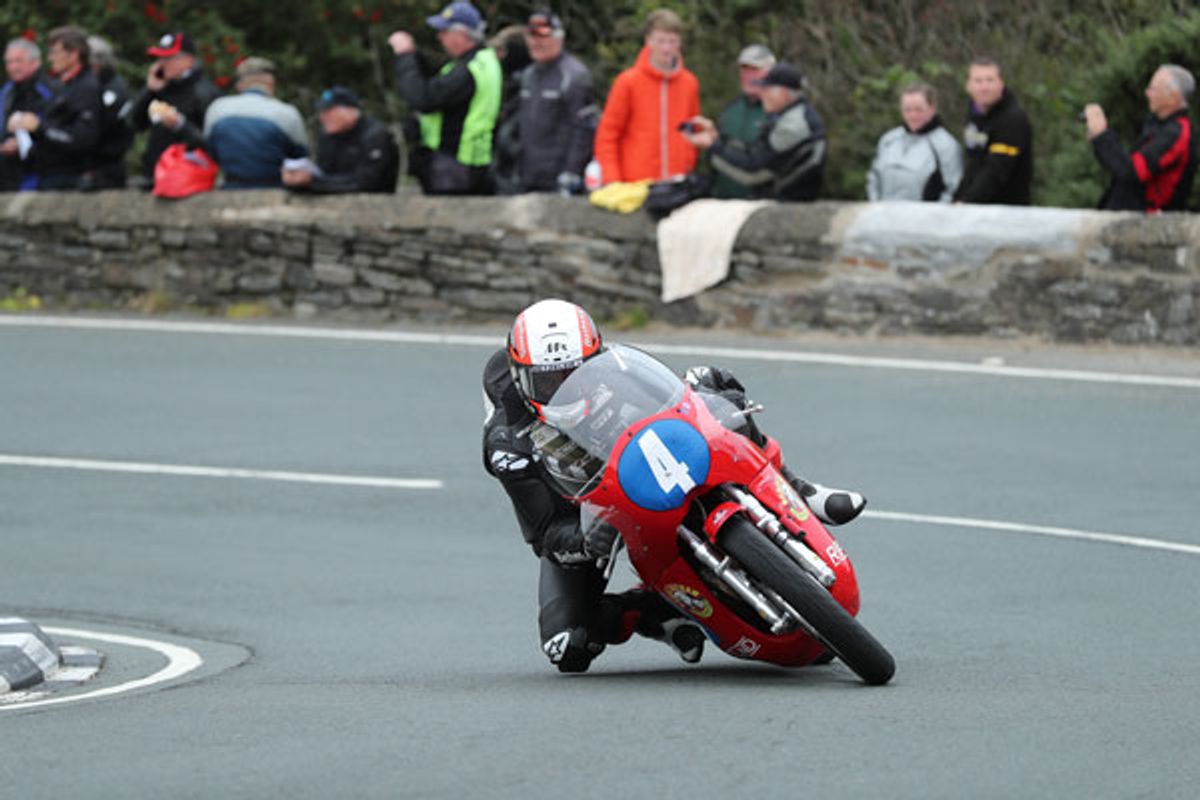 Thrilling racing and a close finish are expected to be the order of the day in the Locate.im Junior Classic TT at this year’s Classic TT Races presented by Bennetts with a grid of almost 80 entries featuring many of the world’s leading road racers.

Last year’s winner Michael Rutter returns with the Ripley Land Racing Honda which he also took to victory in 2015 and he will set off at number four again in a race which looks set to be dominated by the Japanese marque.

The Davies Motorsport trio of Alan Oversby (#2), Dominic Herbertson (#8) and 2014 race winner Lee Johnston (#13) are all race contenders as is Jamie Coward (#3) returns on board the Ted Woof/Craven Honda that he took to third place twelve months ago.

Daniel Cooper on the CSC Racing Honda has the honour of setting off first down Glencrutchery Road and he will be looking to get back on to the Classic TT podium for the first time since 2014.

Rutter has a team-mate this year in the shape of Derek McGee - the Irish rider, who achieved his maiden TT podium in this year’s Lightweight TT Race – who will go ten seconds behind his team leader with Olie Linsdell (#9), Conor Cummins (#10) and Phil McGurk (#11) adding further weight to the Honda challenge.

Only two of the first ten starters won’t be Honda mounted - Danny Webb (#6) on the Dunnell Racing Norton and Chris Swallow (#8) on his Velocette both fly the British flag.

Classic racing legend Bill Swallow (#17) is also on board a Velocette and aside from Bob Owen (#20) on an Aermacchi, the remaining top twenty all on the favoured 350cc single cylinder Honda with Hefyn Owen (#14), Alex Sinclair (#15), David Madsen-Mygdal (#16), Peter Boast (#18) and Steve Ferguson (#19) all top ten contenders.

There are a number of other riders more than capable of finishing inside the top ten seeded outside of the top twenty including Chris McGahan (#21), Mark Herbertson (#22), Dave Matravers (#26), Chris Moore (#30), Lancelot Unissart (#33) and Sam Johnson (#39). A number of regular TT competitors have also entered the Junior Classic TT Race including Timothee Monot, Dave Moffitt  and Forest Dunn.

The four-lap race is scheduled to get underway at 10.15am on Monday 27th August.