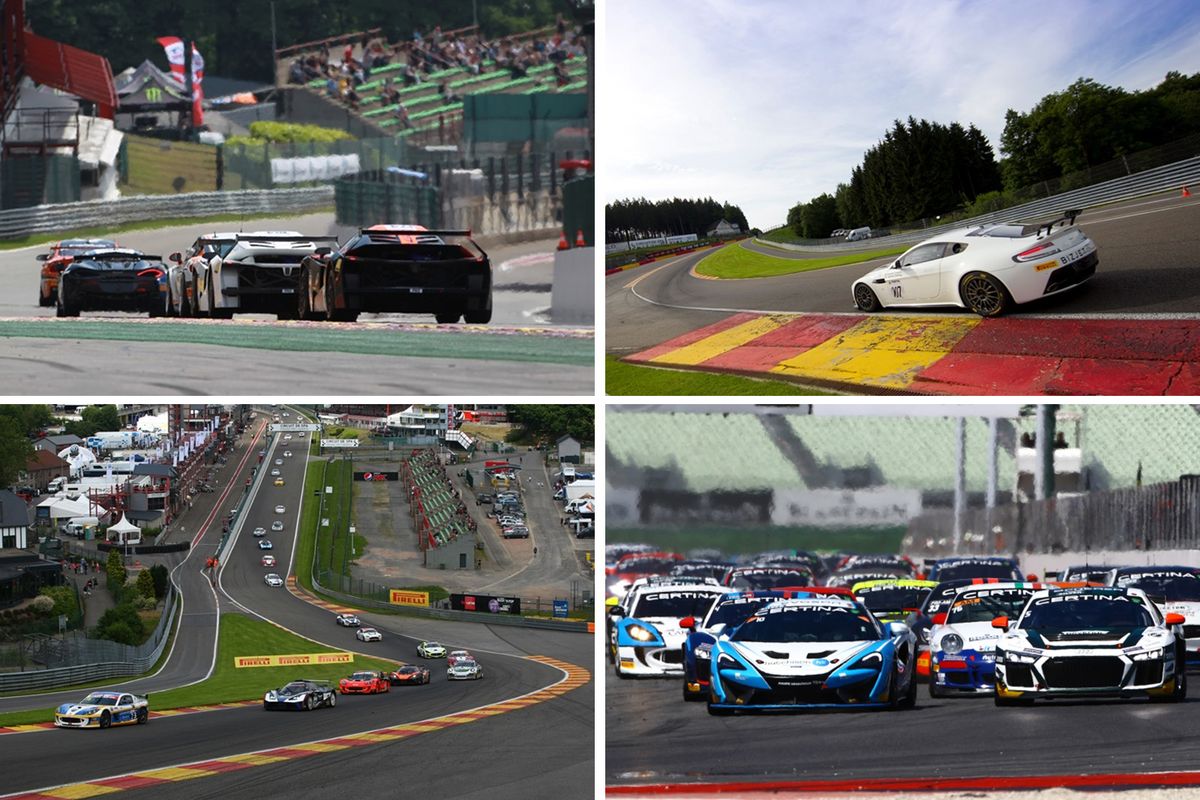 The GT4 European Series heads to Belgium this weekend (July 20-22) for the next round of the 2018 season. A superb field of 50 GT4 cars will contest the two races at the Spa-Francorchamps circuit. Round four of the season will be part of SRO’s Speedweek, which will also feature the British GT Championship and the Blancpain GT Sports Club.

Halfway through the 2018 season, HHC Motorsport drivers Will Tregurtha and Stuart Middleton lead the Silver Cup standings. The Ginetta drivers finished on the podium twice in last year’s British GT Championship races at Spa and hope to repeat those results or even better.

Trailing them by 13 points, with 150 points still to play for, are Phoenix Racing drivers Milan Dontje and Nicolaj Møller-Madsen, while MDM Motorsport drivers Simon Knap and Max Koebolt follow in third place, 20 points behind the points leaders.

Behind the current top three several teams are fighting for position, including Misano race winners RN Vision STS (BMW) and Equipe Verschuur (McLaren). Equipe Verschuur driver Finlay Hutchison will be on double duty at Spa, as he will also race an Equipe Verschuur run McLaren in the British GT Championsip.

PRO-AM: RACING ONE VS SCHWEDE MOTORSPORT FOR POINTS LEAD

The fight for the Pro-Am title is wide open again after the Misano weekend. Racing One drivers Csaba Mor and Patrick Zamparini narrowed the gap to Schwede Motorsport drivers Phillip Bethke and Marc Basseng to just four points.

Racing One’s other Audi R8 LMS GT4 claimed a win and a second place at Misano, which resulted in Markus Lungstrass and Hamza Owega moving into third in the points. They are closely followed by W&D Racing Team’s Paolo Meloni and Massimiliano Tresoldi, Phoenix Racing’s John-Louis Jasper and Jörg Viebahn, as well as RN Vision STS’ Pavel Lefterov and Miguel Cristovao, who won the last race at Misano.

Phoenix Racing’s Gosia Rdest and Cedric Freiburghaus are among the other drivers fighting for Pro-Am honours, as are entries from V8 Racing, 3Y Technology, Allied-Racing, Street Art Racing, Bullitt Racing and Academy Motorsport.

In fact, Academy Motorsport will bring four Aston Martins to Spa, with two contesting the British GT Championship round and two other Vantages set to race in the GT4 European Series.

AM: CONSISTENCY KEY TO SUCCESS IN AM CLASS

Autorlando Sport’s Alessandro Giovanelli and Giuseppe Ghezzi have a two-point lead over Porsche Zentrum Oberer Zürichsee by TFT Racing’s Niki Leutwiler ahead of the Spa round, after a successful Italian weekend for both teams last month. Any issue this weekend could hurt the title chances of the two teams.

The two leading teams have won five of the six races held so far and CMR, 3Y Technology, Allied-Racing, Team GT, Selleslagh Racing Team, which has two entries in the Am class, will all try to break that winning streak. Dutch driver Liesette Braams also aims for a top finish in the Las Moras Racing Team by Equipe Verschuur McLaren 570S GT4 after finishing a season-best fourth in her first solo race of the season at Misano.

Visitors to the fourth round of the 2018 GT4 European Series will also get the chance to see the new Alpine A110 GT4 in action for the first time this season. French team CMR, which gave the car its competition debut in last weekend’s French GT4 Cup, will field two of the new Signatech-built GT4 racers at Spa-Francorchamps. The team's regular drivers Pierre

Three Swedish teams and teams from Germany, Belgium and Great Britain will join the 44 full-season entrants at Spa-Francorchamps. Ricknas Motorsport AB (Porsche Cayman GT4 CS MR) and Primus Racing (Ginetta G55 GT4) are familiar names, having made several guest appearances in recent seasons. They will compete in the Am category.

The third Swedish team this weekend is Lestrup Racing Team, which has entered a BMW M4 GT4 in the Pro-Am category.

The 2016 GT4 European Series champions, PROsport Performance, have entered a Porsche Cayman PRO4 for Spa, while Muehlner Motorsport will run a single Porsche Cayman GT4 CS MR in the Am class. ERC Sport will debut its Mercedes-AMG GT4 in the Am category at Spa-Francorchamps.

This weekend’s GT4 European Series races will not be streamed live, but fans can still follow the action via live timing and Twitter updates. Entry to the SRO Speedweek at the Spa-Francorchamps circuit is free.