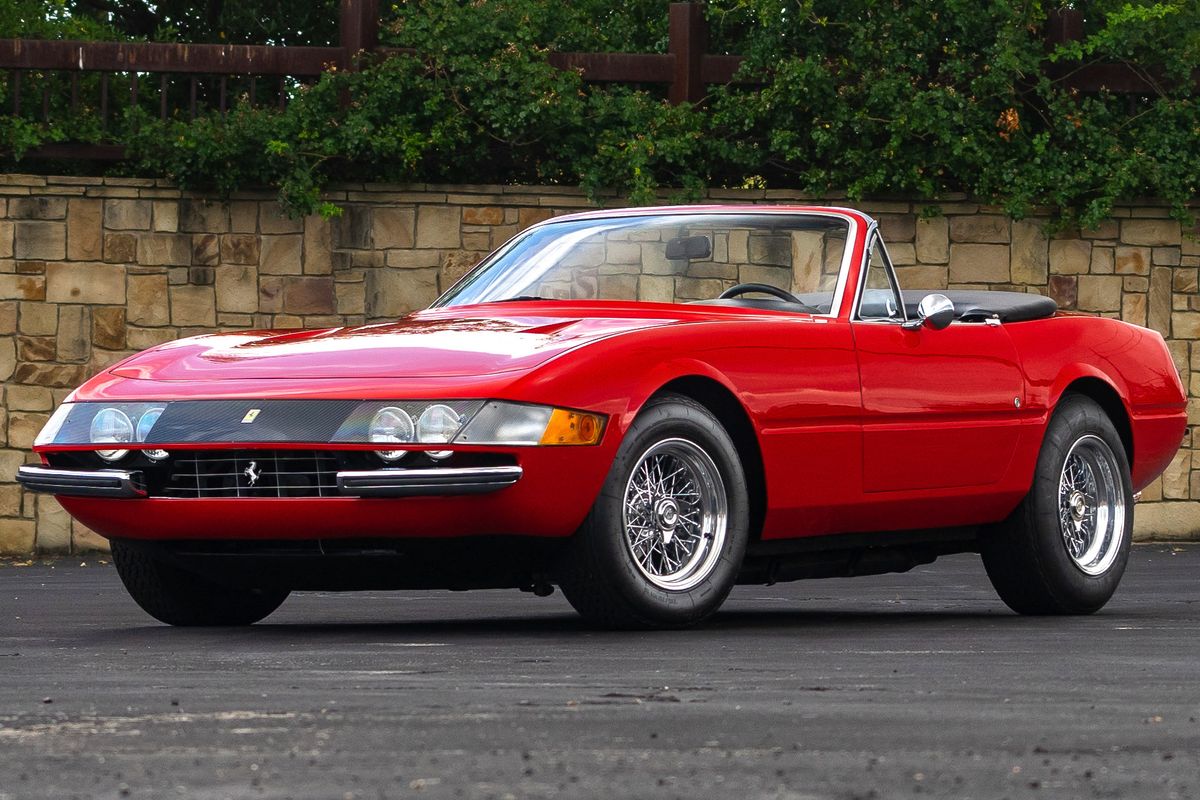 Since the 1970s, Richard Straman has helped customers find the sun by removing hardtops from a number of cars ranging from Ferraris to Mercedes, with a dozen or more other brands sprinkled in between. His work began when the Ferrari 275 GTB/4 N.A.R.T.

Spider ceased production after only 10 units were completed by Scaglietti. Customers turned to Straman to convert their cars into the more exciting, open-air variant Scaglietti produced. The work was exquisite and, as in all small communities, word spread very quickly about Straman’s gift of converting hardtops to convertibles, and soon he was working on more than 275 GTB/4s and, in time, 365 GTB/4 Daytonas, Testarossas, Boxers and, more recently, 456s and 550 Maranellos. He was the go-to guy to make a fun car even more enjoyable, more exciting and even more exclusive.

This 1973 Ferrari 365 GTB/4 Daytona was converted in the 1970s and is an example of Straman’s genius. Boasting new wire wheels and a new black interior with Daytona seats sans headrests, it is equipped with a Becker radio, power windows, air conditioning and the Plexiglas nose reminiscent of early Daytonas. Long known for their quick acceleration and mindboggling top speeds, Daytonas employed an upgraded variant of the Columbo-designed V-12 engine that powered the 275 GTB and a long succession of Ferraris prior to that.

For the 365, the revised V-12 featured larger valves, was enlarged to 4.4L and linked to a 5-speed manual transmission. The Pininfarina-designed body largely broke from tradition, featuring sharper, more angular edges and creases tempered by light curves and bows, as opposed to the more familiar curvaceous styling of previous generations. As the flagship car that would carry the brand into the 1970s, the sharper styling worked well and quietly started a styling trend leaning towards sharper angles and edges over curves.

One of the most celebrated and recognizable Ferraris ever built, the Ferrari Daytona is still considered a benchmark in performance and styling today.