Morgan 'Thrill on the Hill' 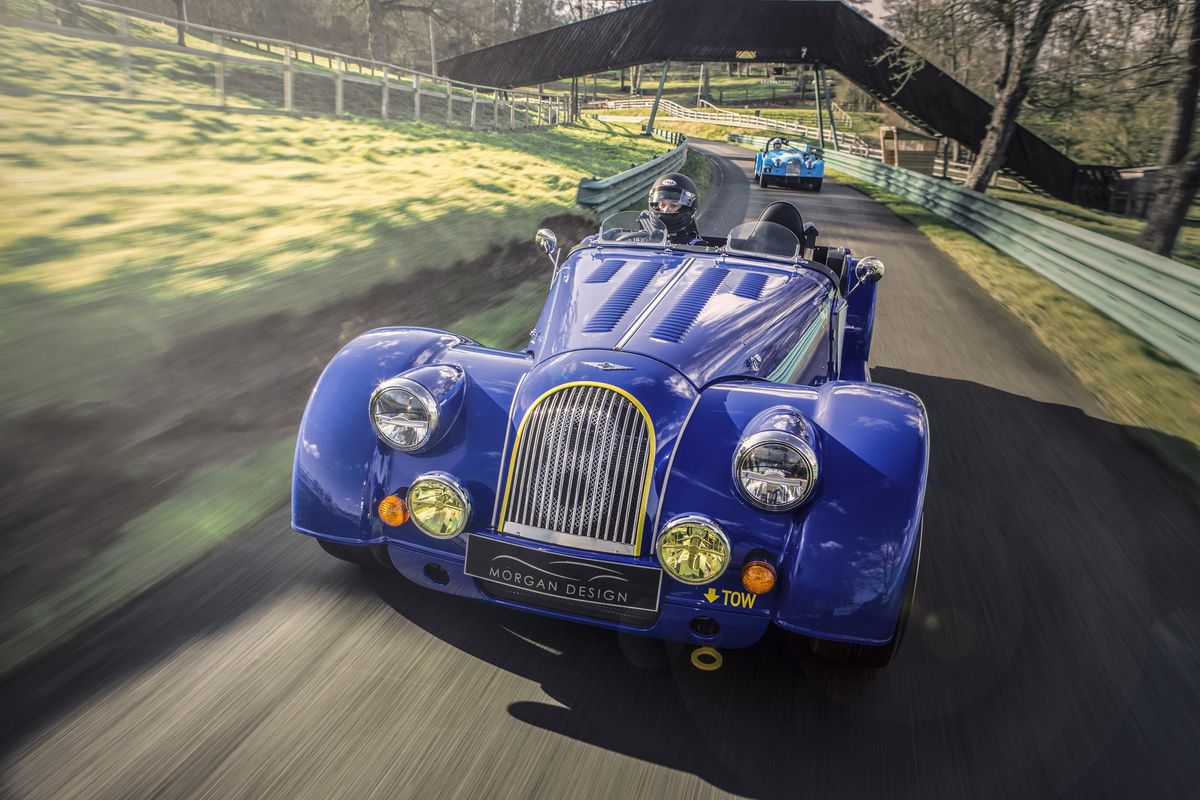 Oldest privately owned automotive manufacturer in the world, Morgan to bring 1000s of vehicles together across the weekend 11-12 August
Split across two days and two locations, Thrill on the Hill is set to be the biggest celebration of everything Morgan in 2018
2018 marks 50 years of the iconic Morgan Plus 8 – an impressive lineup of 50 Plus 8s, spanning half a century of the model, will be on display throughout
The first ever Plus 8, known as OUY 200E, is being brought back from the USA specifically for the event
After much success last year, the Pickersleigh 3 run returns for 2018 and will witness a procession of 3 wheeled Morgans travel from the Morgan factory to Prescott Hill Climb on Sunday morning
A range of activities is planned for both days, making it the perfect event for families, as well as Morgan owners and enthusiasts alike
Tickets are on sale now at: https://www.morgan-motor.co.uk/toth2018/
Malvern, 2 June 2018 - To celebrate the 50th anniversary of the iconic Morgan Plus 8, Morgan Motor Company will play host to the UK’s largest gathering of Morgan cars at their annual Thrill on the Hill event, on 11th and 12th August.

Morgan owners and fans will come together across the two days to enjoy an array of entertainment including a spectacular aerial display. Marking 50 years of the Morgan Plus 8, there will be an impressive heritage lineup of this legendary model. Morgan have enlisted the help of their owners to put together a handpicked lineup of 50 Plus 8’s representing all eras of production. Included within the lineup is;

‘OUY 200E’    The first 1968 prototype Plus 8 that currently resides in San Francisco with Morgan Dealer, Bill Fink. This car is being brought over from the USA especially for the event.

‘AB 16’    The original Plus 8 formerly owned by Peter Morgan

‘Plus 8 50th’     The first of the new Plus 8 50th special editions to be built, currently a factory owned vehicle

Festivities kick off on Saturday at the Malvern factory with live music from the UK’s most authentic soul band, Soul Traffic, who will be playing the biggest and best soul numbers from the 60s. The Rockabellas will also be serving up a mix of swinging big band hits from the bygone years and bespoke arrangements of modern pop songs.

The entertainment extends beyond Morgan motoring with pampering beauty treatments, classic barber service offering men’s grooming and traditional fairground rides for all. There will be delicious artisan food, the opportunity to earn some specialised crafts and even the opportunity to witness craftsmanship firsthand with a guided tour through the Morgan factory. A huge firework display will conclude the first day with a bang.

In amongst all of the other thrills that Morgan Motor Company have instore across the two days, fans will be delighted to be the at the forefront for official unveiling of not one but two new items of merchandise soon to be available.

On Sunday, the action continues over at Prescott Hill Climb where visitors will be treated to a day of motorsport as 100s of Morgans take to the famous hill. Visitors will have the option to power around the course in their own Morgan, or jump in the passenger seat of a factory car via pre-bookable timed runs. The lunchtime parade is an event highlight not to be missed as an entire squadron of Morgan machines take to the track for a full display before Richard Goodwin performs airplane stunts in his Pitts S2S muscle bi-plane.

After the excitement and success of last year’s inaugural Pickersleigh 3 run, Morgan are proud to be running it again. On Sunday 12th August the drive out of 3 Wheelers new and old will set off from the factory in Malvern, making the journey to awaiting crowds at Prescott Hill Climb. The Pickersleigh 3 is open to anyone with a Morgan 3 wheeler and a valid Sunday ticket for Thrill on the Hill.

Steve Morris Managing Director of Morgan Motor Company, said: “We’re excited to announce the return of Thrill on the Hill for 2018. Our annual Summer events have continued to prove popular among owners and enthusiasts alike, and we expect this year to be better than ever as we welcome visitors from around the world to celebrate 50 years of the Morgan Plus 8.

I’m particularly excited that we are able to bring OUY 200E, the very first Plus 8, back to the UK from the USA specifically for the event. We look forward to seeing everyone on the 11th and 12th of August.”

Tickets can be purchased for each day of Thrill on the Hill. In addition to this, Morgan have arranged some specialised accommodation packages with some of the finest local hotels.