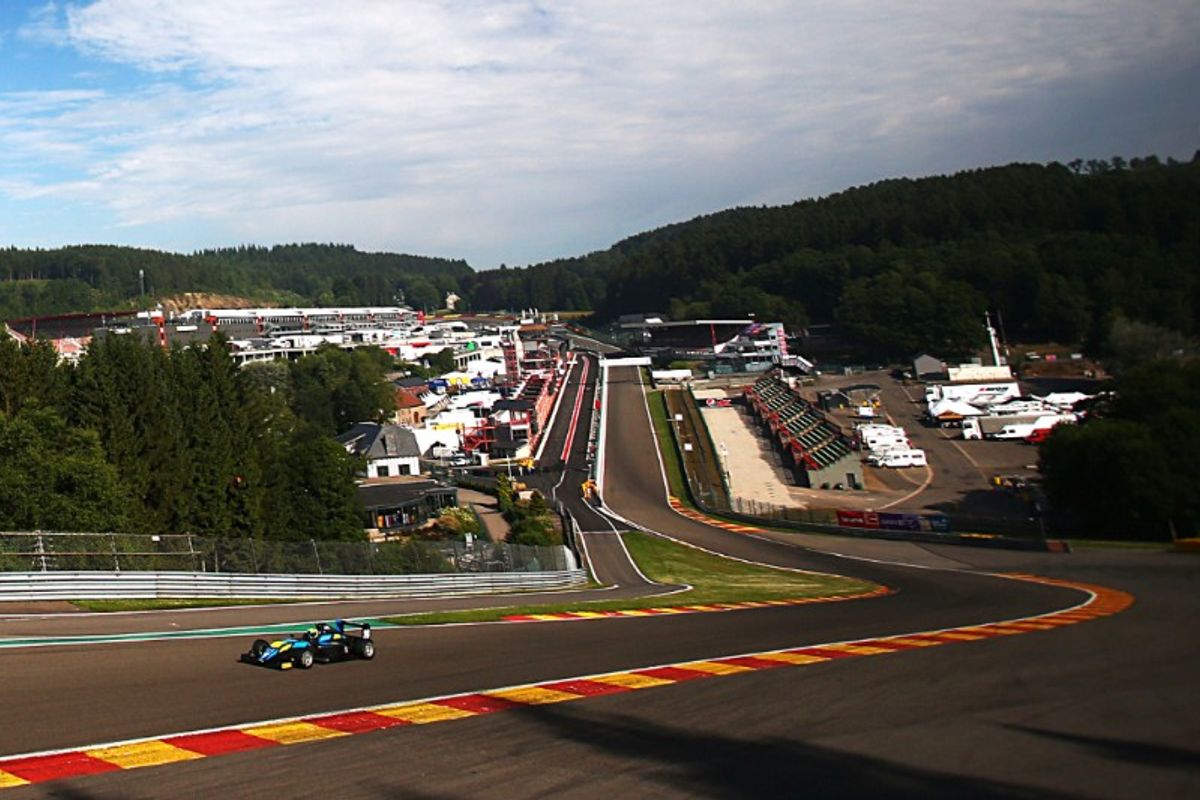 The legendary Spa Francorchamps circuit is next up for the BRDC British F3 Championship contenders this weekend (20-22 July), following an extended break since the last round at Silverstone.

The annual trip to Belgium is one of the highlights of the BRDC British F3 calendar, and the second successive event to be held at an active Formula One venue.

With its long flat-out drag from La Source, through the epic Eau Rouge/Raidillon sequence and the Kemmel Straight, recent British F3 visits to Spa have been enthralling contests, with slipstreaming and bundles of overtaking. This year’s visit should be no different with a very competitive field, and of course the exciting race two reverse grid format.

Double R Racing’s Linus Lundqvist heads to Spa as the clear championship leader. For the first time, he is racing at a circuit where he has prior race experience in a British F3 car, having made his series debut at the circuit a year ago in a one-off appearance. He will be keen to maintain his record of a win at each circuit the championship has visited so far, and will be confident after claiming the fastest time at the circuit during pre-season testing back in March.

His nearest rival, Carlin’s Nicolai Kjaergaard, is determined to return to winning ways as he aims to chip away at Lundqvist’s 56-point lead. The Dane has shown impressive speed throughout the season, and he will be a stern challenger.

Lanan Racing’s Kush Maini could well have claimed his second win of the year at Silverstone. The Indian has been a figure at the front of the pack for most of the season, and was quick at Spa in pre-season testing – keep an eye on him this weekend.

Tom Gamble made a welcome return to form at Silverstone. The top British contender soared to an emphatic victory in the final race in Northamptonshire and he’ll be looking to ignite his campaign in the Ardennes.

Krishnaraaj Mahadik and Manuel Maldonado head to Spa separated by just a single point. Maldonado is a double winner so far, while Mahadik has claimed a podium at Snetterton.

Billy Monger meanwhile has enjoyed a busy few weeks since the last round. The Brit has not only sampled an F1 car for the first time as part of a Sky Sports F1 feature, but was behind the wheel of his adapted British F3 car at the Goodwood Festival of Speed last weekend. Can he claim his second podium of the year after his emotional racing comeback in the first race of the year?

The Spa round is the closest thing to a home event for Frenchman Tristan Charpentier, and the Fortec driver heads to Belgium high in confidence having been second fastest in the pre-season test at the circuit.

Douglas Motorsport’s Jamie Chadwick is level on points with the Frenchman and will be targeting another podium result, while Carlin’s Sun Yue Yang arrives in Belgium buoyed by his maiden rostrum at Silverstone.

Sasakorn Chaimongkol is yet another driver to have claimed a podium so far this year, and the Hillspeed driver has become a regular top-10 contender, while Pavan Ravishankar will be keen to build on his breakthrough win last time out.

Jusuf Owega has shown the pace to contend for podiums as he continues his maiden car racing campaign, while Ben Hurst continues to develop in his first season in the UK. The Canadian is just seven points ahead of Arvin Esmaeili, who gets closer to the ultimate pace with each round.

Lanan Racing’s Josh Mason makes a welcome return to the championship this weekend. The young Brit made his car racing debut in the second round at Rockingham, and with his exams out the way, can now focus on the races ahead.

Two new additions to the grid are also confirmed for this weekend, with an 18-car entry expected.

Ayrton Simmons will make his series debut with Chris Dittmann Racing. The 17-year-old British driver is looking to make an impression in his debut weekend, with his first experience of the Tatuus-Cosworth British F3 car coming in the opening practice session.

Meanwhile, at Carlin, reigning British F4 champion Jamie Caroline will substitute for Clement Novalak, with the 19-year-old rejoining British F3 having competed in the 2016 Autumn Trophy, placing fifth overall with a podium finish.