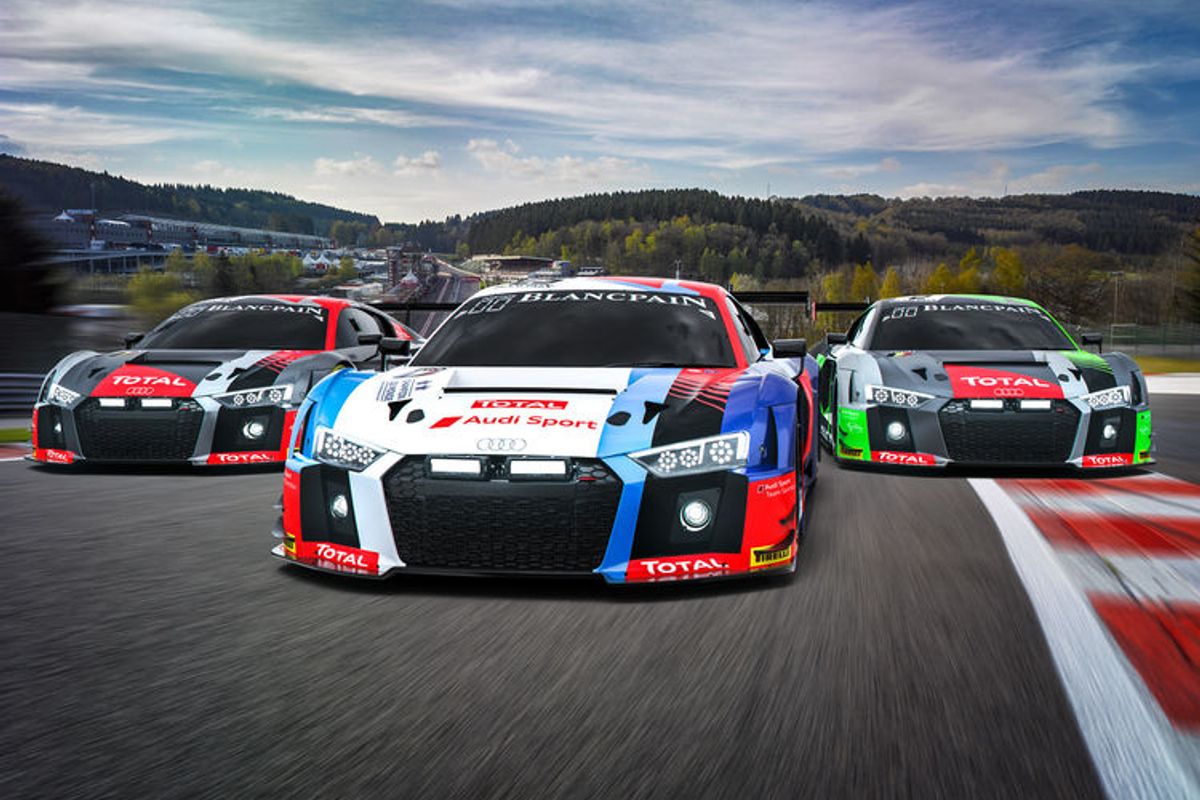 This year’s running of the Spa 24 Hours will be a race of superlatives: Audi Sport customer racing will meet with the sport cars from twelve other marques at the anniversary event of the iconic endurance race. 67 race cars in total will be on the grid in the Ardennes from July 26 to 29. In the world’s major GT3 competition, Audi Sport will be battling for its fifth overall victory after 2011, 2012, 2014 and 2017. No other brand has been more successful since the beginning of the GT3 era at Spa in 2011. For the four rings, the event will also be about scoring valuable championship points in the Blancpain GT Series Endurance Cup and in the Intercontinental GT Challenge. In both series, Audi drivers are currently the leaders of the standings.

Three of the nine Audi R8 LMS will compete with support from Audi Sport customer racing: two race cars from the Belgian Audi Sport Team WRT, winners of the races in 2011 and 2014, plus a car from last year’s winning squad, the French Audi Sport Team Saintéloc. The Audi Sport drivers, Markus Winkelhock and Christopher Haase, who won at Spa last year, together with their fellow driver Frédéric Vervisch are forming a team in the Saintéloc squad this year. The three leaders of the standings in the Blancpain GT Series Endurance Cup, Christopher Mies, Alex Riberas and Dries Vanthoor, are sharing the cockpit of the number one Audi R8 LMS in Team WRT. In the number two sister car, three Audi DTM drivers will be battling for a top result: Robin Frijns, Nico Müller and René Rast who, like Winkelhock, has previously won at Spa with Audi twice.

Six privately fielded Audi R8 LMS cars with a combination of seasoned, internationally successful drivers and up-and-coming drivers complete Audi’s lineup. For Belgian Audi Club Team WRT, Stuart Leonard will race in car number 17. The Briton, with Frijns and Vanthoor, is leading the Intercontinental GT Challenge. In Belgium, he will share a cockpit with three-time Le Mans winner and former Spa winner Marcel Fässler and the Brazilian Daniel Serra who won the GTE Pro class at Le Mans last year. The German Montaplast by Land-Motorsport team relies on the South African Kelvin van der Linde who won the Nürburgring 24 Hours last year in an Audi R8 LMS. His brother, Sheldon, and the Swiss Jeffrey Schmidt complete the driver squad. The customer racing team Attempto Racing will have Audi factory driver Jamie Green and Audi Sport driver Pierre Kaffer on board. They will share the two cockpits with privateer drivers from Austria, Germany and the Netherlands. In addition, Saintéloc Racing and Aust Motorsport will deploy two purely privateer driver squads.

“We have a versatile lineup and know how tough the competition is at Spa,” says Chris Reinke, Head of Audi Sport customer racing. “A year ago, after a racing distance of 3,800 kilometers, we won with an advantage of only 11.9 seconds. Three years earlier, it was even just seven seconds. The smallest mistakes during the pit stops or on track can cost you all chances for overall victory.” Besides the single success, the points in the Blancpain GT Series and in the Intercontinental GT Challenge, two of the world’s highest-caliber GT series, matter for Audi Sport as well.

Following free practice sessions and qualifying on Thursday, the best teams will be battling for the top 20 grid positions in the Super-Pole on Friday. The 70th running of the iconic endurance race will start on Saturday at 4.30 PM (CEST). The 7.004-kilometer Grand Prix circuit with differences in elevation of 97 meters and famous combinations of turns such as the Raidillon section is one of the most demanding race tracks in the world.

The Audi Sport customer racing teams in the Spa 24 Hours