KCMG's Liberati and Imperatori give Nissan double pole at Fuji 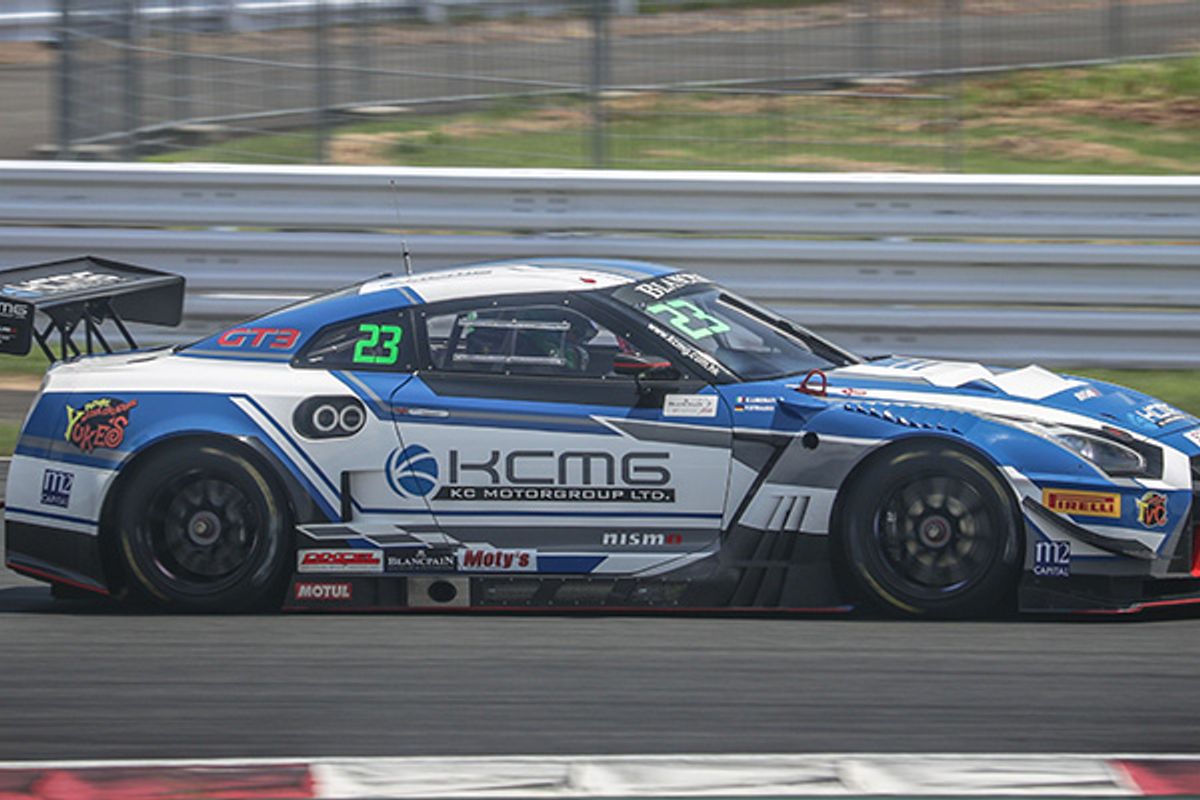 KCMG’s #23 GT-R was the first to set a representative time, and one that would have ultimately been good enough for second. However, Liberati improved again on his second run to post a best of 1m37.279s.

Lester’s Ferrari came closest to toppling Liberati, but the New Zealander was ultimately forced to settle for second ahead of championship leader Dennis Lind whose FFF Racing Team Lamborghini must serve the full 15s pitstop success penalty later today for winning at Suzuka. The Dane was 0.247s behind Lester and one tenth clear of Sandy Stuvik’s Craft-Bamboo Porsche, which vaulted from 10th to fourth on its final run.

Martin Rump ran second at the start of the session but dropped to fifth in the final reckoning after opting to pit his Absolute Racing Audi early. The Estonian finished one place ahead of leading amateur Yuke Taniguchi in the second of KCMG’s Nissans, and Shaun Thong who also picked up places with a late flying lap.

By contrast Imperatori initially slotted into third behind the leading 488 and Raffaele Marciello’s GruppeM Mercedes-AMG before unleashing a 1m36.672s, which was enough to beat Rigon’s provisional pole time by 0.088s.

The Italian looked to respond but, despite improving twice more during the final minutes, the Ferrari couldn’t quite beat the Nissan, which ended up 0.023s ahead in the final result.

While Marciello’s third place was never under threat, the fight for the remaining top-six positons went down to the final moments. Marco Mapelli’s FFF Racing Lamborghini eventually grabbed fourth with a last gasp effort that unseated HubAuto’s second Ferrari driven by Nick Foster, whose late lap was still sufficient to push Florian Strauss down to sixth.

Just 0.065s separated Am Cup’s top-two, but it was once again KCMG’s Audi that prevailed over the Arrows Racing Honda thanks to Takuya Shirasaka.

The first of this weekend’s two 60-minute races gets underway at 15:10 JST. Watch it live on the championship’s website and Facebook page.