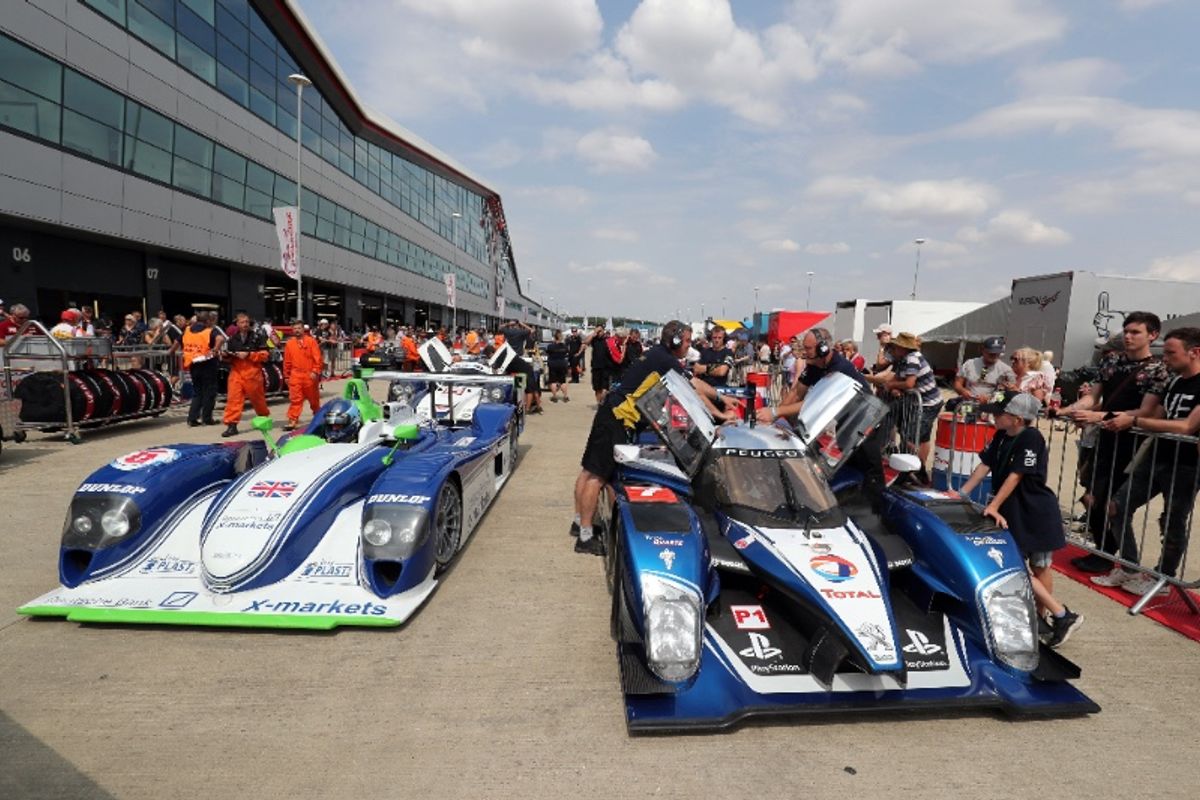 The stage has been set for another memorable Silverstone Classic as a day of thrilling track action marked a flat-out start to the world’s biggest classic motor racing festival.

More than 1000 entries featuring machinery across an incredible eight decades of motor sport hit the Silverstone Grand Prix circuit over 15 qualifying sessions to determine grid positions for a packed programme of 21 races on Saturday and Sunday.

On an exhilarating day of non-stop track action, each session delivered an unyieldingly majestic display of machinery throughout the ages and across the full spectrum of motor sport, from single-seaters to sportscars to touring cars.

With the Silverstone ‘amphitheatre’ reverberating to the unmistakable sound of the DFV-era V8s during qualifying for the FIA Masters Historic Formula One, Nick Padmore enjoyed the honour of soaring to the top of the timesheets for pole position ahead of the blue riband race.

Driving a Williams FW07C, Padmore’s efforts come 37 years after the same car achieved a podium finish at the 1981 British Grand Prix in the hands of Carlos Reutemann.

The new Masters Endurance Legends made its high-profile debut with an illustrious entry of prototype and production sportscars spanning 1995-2012. After qualifying on the front row for FIA Masters Historic Formula One in a Hesketh 308E, Michael Lyons was straight back in the driver’s seat to claim FIA Masters Endurance Legends pole position. Driving an ex-SMP Racing Oreca 03 LMP2 from 2012, Lyons marginally edged out Steve Tandy’s closed-cockpit Lola B12/60 and Martin Short in a Dallara SP1.

Reunited with his 1998 Volvo S40 20 years on from claiming title glory in the MSA British Touring Car Championship, Rickard Rydell harked back to the fondly-remembered days of the enduringly popular series by claiming pole position in the JET Super Touring Trophy.

With touring cars taking centre stage this weekend with a special Tin-Top Sunday in honour of BTCC’s 60th anniversary, one of its most iconic figures rolled back the years in an entertaining on-track dice with former fierce rival John Cleland before engaging in thrilling duel on the timesheets with James Dodd in his Honda Accord. At the chequered flag it was Rydell that prevailed with his final lap, the Swede coming out top by a mere 0.043s to give a tantalising preview of what is to come from the two races.

With vast quantities of the exotic machinery that took to the track able to trace their roots back to the highest levels of motor sport’s heyday, the Brabham BT11/19 driven by the legendary Jack Brabham to victory in South Africa en route to the 1966 Formula One World Championship title could be seen claiming pole position today in the Adrian Flux Trophy for Pre ‘66 Grand Prix Cars (HGPCA) in the hands of Jon Fairley.

Elsewhere, highlights aplenty included the record-breaking Historic Formula Junior fields, each creating an incredible sight as they jostled for position on track, while 2012 World Touring Car Champion Rob Huff demonstrated his mettle in two very different propositions than he is used to by taking his Ford Lotus Cortina to pole position in the Gallet Trophy for Under 2 Litre Touring Cars (U2TC) before repeating the feat – this time in rain after a late downpour – driving a Ford Falcon in the Transatlantic Trophy for Pre ’66 Touring Cars.

Earlier in the day, a mouth-watering display of stunning road cars from the Supercar Legends presented by Yokohama, featured everything from current generation hypercars showcasing the latest technology. Their equally pioneering forebears shared the spotlight with a series of anniversary parades, including the 750 Motor Club, GTM Owners Club and the Royal Air Force Mini Club celebrating the centenary of the RAF, and many more.

With a continuation of the warm weather that has defined the summer of 2018 making its presence felt over the majority of the day before a shower very late on, a bumper itinerary of family entertainment was in full swing across the Silverstone circuit with music legends Soul II Soul keeping spirits high into the evening by taking to the stage to perform their hits.

Nick Wigley, Silverstone Classic CEO, commented: “It was a great start to what is going to be another phenomenal Silverstone Classic weekend. With more than 1000 cars qualifying for this weekend’s races, I don’t imagine there has ever been so much track action in just one single day around the world. We have seen stunning Grand Prix cars from the 40s and 50s right up to our new Masters Endurance Legends brimming with stunning technologically-advanced cars from this century, giving crowds a wonderfully vast and varied line up of motor racing action to admire. The races are going to be unmissable.”

Eleven races will take place on Saturday over 12 hours, with gates opening at 7.30am ahead of the first race at 9am continuing until 9pm for the Daytona at Dusk extravaganza culminating with Masters Endurance Legends.