Vettel on pole for home GP, Hamilton out in Q1 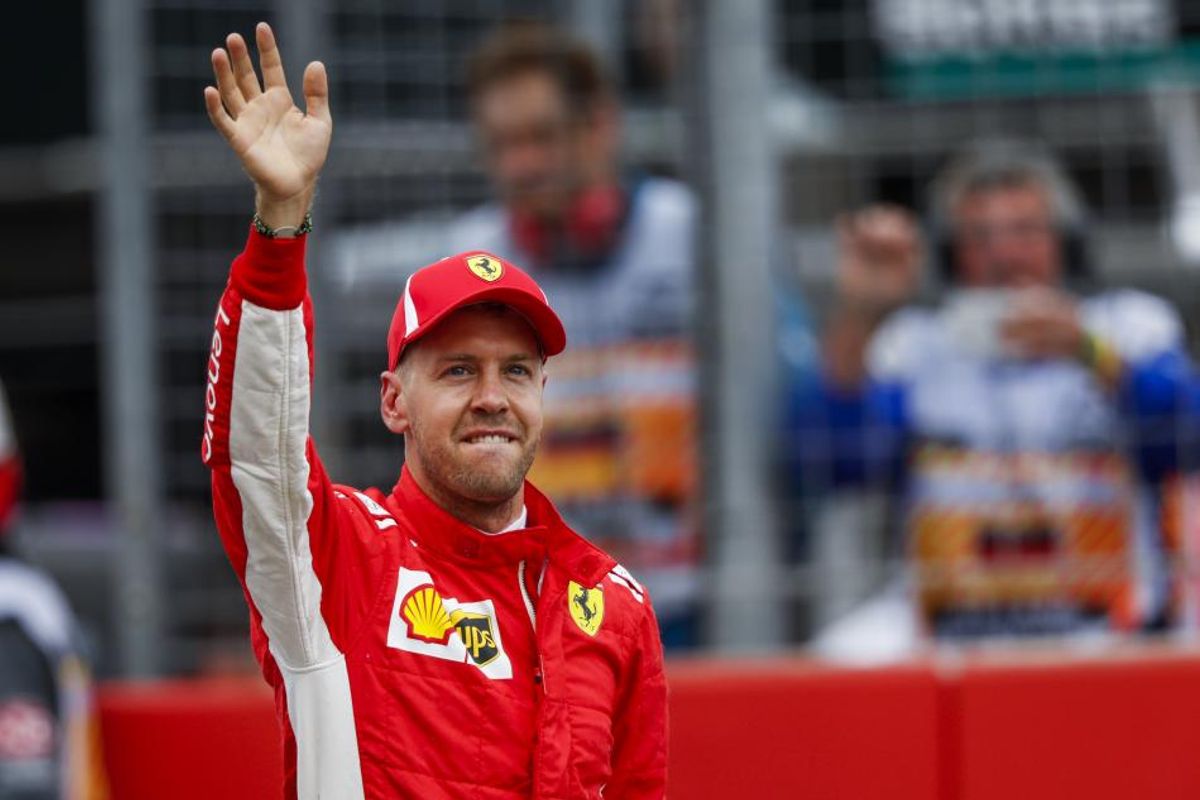 Sebastian Vettel took his 55th career pole position in front of his home crowd at Germany’s Hockenheimring in a qualifying session that saw chief title rival Lewis Hamilton ruled out when he damaged his car running wide at the end of Q1.

Vettel put in a superb performance in Q3 to set a new track record at Hockenheim with a time of 1:11.212. The German’s lap was more than three seconds faster than Nico Rosberg’s pole time of F1’s last visit to this track in 2016. Valtteri Bottas will line up on the front row beside Vettel tomorrow, with Kimi Räikkönen third in the second Ferrari.

As the circuit improved, Räikkönen took over at the top of the order with a lap of 1:12.505 that left him ahead of Vettel, Mercedes’ Valtteri Bottas, Haas’ Romain Grosjean and the second Mercedes of Lewis Hamilton.

Hamilton’s session would end soon afterwards, though. As Q1 entered its final minutes, the Briton ran wide at Turn 1 and bounced hard over the kerbs as he rejoined the track. The impact clearly caused damage and within moments his team told him to stop his car due to a “PU risk”. Hamilton stopped at Turn 10 and pushed his car off track with aid of marshals. His session was over.

Qualifying ended, too, for Force India’s Esteban Ocon. The Frenchman was an unlikely candidate to be eliminated in P16 but his best effort of 1:13.20 wasn’t good enough to beat Williams’ Sergey Sirotkin. Also eliminated at the end of Q1 were Toro Rosso’s Pierre Gasly in P17 followed by team-mate Brendon Hartley, Williams’ Lance Stroll and McLaren’s Stoffel Vandoorne.

At the start of Q2, Bottas was quickly into P1 with a time of 1:12.152 ahead of Räikkönen and Vettel. However, eight minutes into the session the red flags were shown when Marcus Ericsson went off track at Turn 13. In re-joining, the Sauber driver dragged a load of gravel onto the circuit and the session was halted for nine minutes while a road sweeper cleared the mess.

Max Verstappen, who had set his opening time on soft tyres to sit in P9, erred on the side of caution as the action resumed and the Dutchman took the track on ultrasoft tyres.

With the purple tyres on board his final push lap of 1:12.188 vaulted him to P2 behind Q2’s fastest man Bottas and ahead of Räikkönen, Vettel and Haas’ Kevin Magnussen. Romain Grosjean took sixth in the second Haas, with Renault’s Nico Hulkenberg seventh ahead of Leclerc, the second Renault of Carlos Sainz and 10th placed Sergio Perez of Force India, who set a time of 1:13.072.

Eliminated in P11, with a time of 1:13.657 was McLaren’s Fernando Alonso. The Spaniard finished in front of Sirotkin, Ericsson, Hamilton and Red Bull’s Daniel Ricciardo, who faced with a barrage of PU-related penalties and a back-of-the-grid start elected to stay in the garage in Q2.

It was Vettel to the fore early in Q3. Ferrari team-mate Räikkönen set the opening time of the final session with a lap of 1:11.880. However, powered past that to take provisional pole with a time of 1:11.539, bringing a huge roar from the German’s home crowd. Bottas then slotted into P2, 0.170s behind Vettel, leaving Räikkönen third ahead of Verstappen and Grosjean.

In the final runs Bottas was the first to show what kind of improvement he could make and the Finn found a sizeable chunk of time to move into P1 with a time of 1:11.416.

That left Vettel needing to find 0.123 over his opening time if he was to secure his 55th pole position. The German, boosted by his home crowd, was more than up to the task and he found a over three tenths of a second on his final run to claim pole position with a lap of 1:11.212.

Behind P2 man Bottas, Räikkönen took third ahead of Verstappen, with Magnussen fifth and Haas team-mate Grosjean sixth. Hulkenberg took seventh place in qualifying for the fifth time this year ahead of team-mate Sainz, Leclerc and Perez.