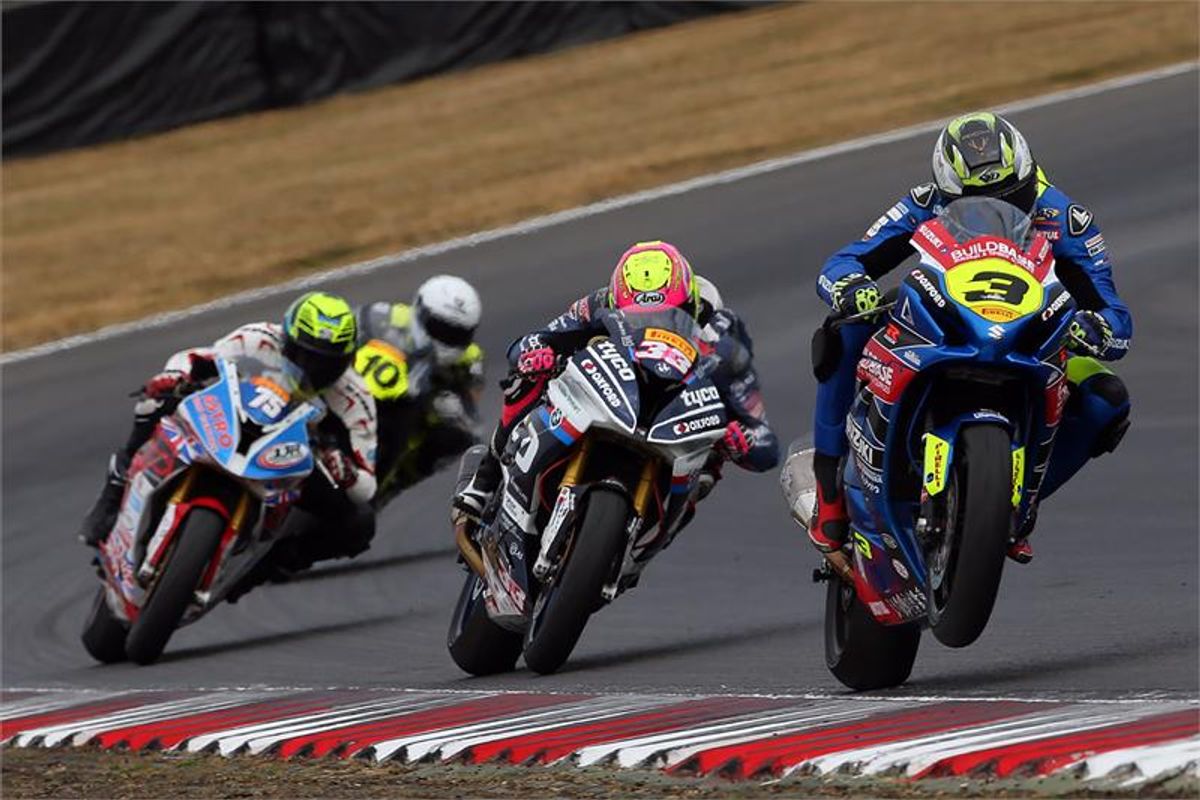 Billy McConnell raced his GSX-R1000 to victory in the second National Superstock 1000 race at Brands Hatch this weekend, bouncing back from the disappointment of crashing out of Saturday’s race.

In the Bennetts British Superbike class Richard Cooper qualified on the third row and raced to a strong seventh-place finish in race one. In race two he bolted off the line to slot into second in turn one, before settling into fourth place. Running at a competitive pace, he was unlucky to crash out of the position at Paddock Hill bend on the sixth lap.

Unfortunately it was a weekend to forget for Bradley Ray, as he struggled to find a set-up that gave him the confidence he needed to be competitive. He finished 13th and 16th. However, he now heads to the Suzuka 8-Hour to compete with the Yoshimura Suzuki team, while McConnell will also be competing with Team R2CL Suzuki.

“The crash in race one was a weird one. Honestly it felt a little like I hit something because I tucked the front in a place I’d not had any problems or movement before, even when on a really fast lap, so it was a weird one. I felt I had the pace that race and today’s, but after crashing at Knockhill I rode a little more conservative. Today I tried to make a break before the final lap as I knew it was going to be a last lap battle as the group was strong. It didn’t turn out to be a huge break but it gave us enough. I’m looking forward to Suzuka now. I’ve always wanted to do it so it’s a great opportunity with a great team, and I’ll definitely be bike fit when we get to Thruxton.”

“I’m so disappointed to crash out of race two but so pleased with the performances and the work we’ve done this weekend and the last few rounds. Seventh in race one was good but just needed to go one better to keep the improvements coming and we were looking good. Made a good start and when I made a mistake and lost time to the podium group, I was able to recover and make the ground back up again, so I was feeling really strong. I just tipped in like I had done the laps before and lost the front. It’s a real shame but to be running up with the leaders shows we’re making big strides, we just didn’t finish it off. But we’re back in the mix, I’m uninjured, so we’ll take the positives like we always do and move onto the next one.”

“There’s not much to say to be honest, it wasn’t a good weekend for us. We just couldn’t find a good set-up for the two races. We struggled in race one and made a big change for race two, but it didn’t work sadly. I just didn’t have a good feeling and couldn’t push as I needed to. So we’ll put it behind us and take what we’ve learned. Suzuka’s next for me and hopefully we can battle for the win and at least come away with a podium. Then it’s Thruxton where we’ll come back strongly.”