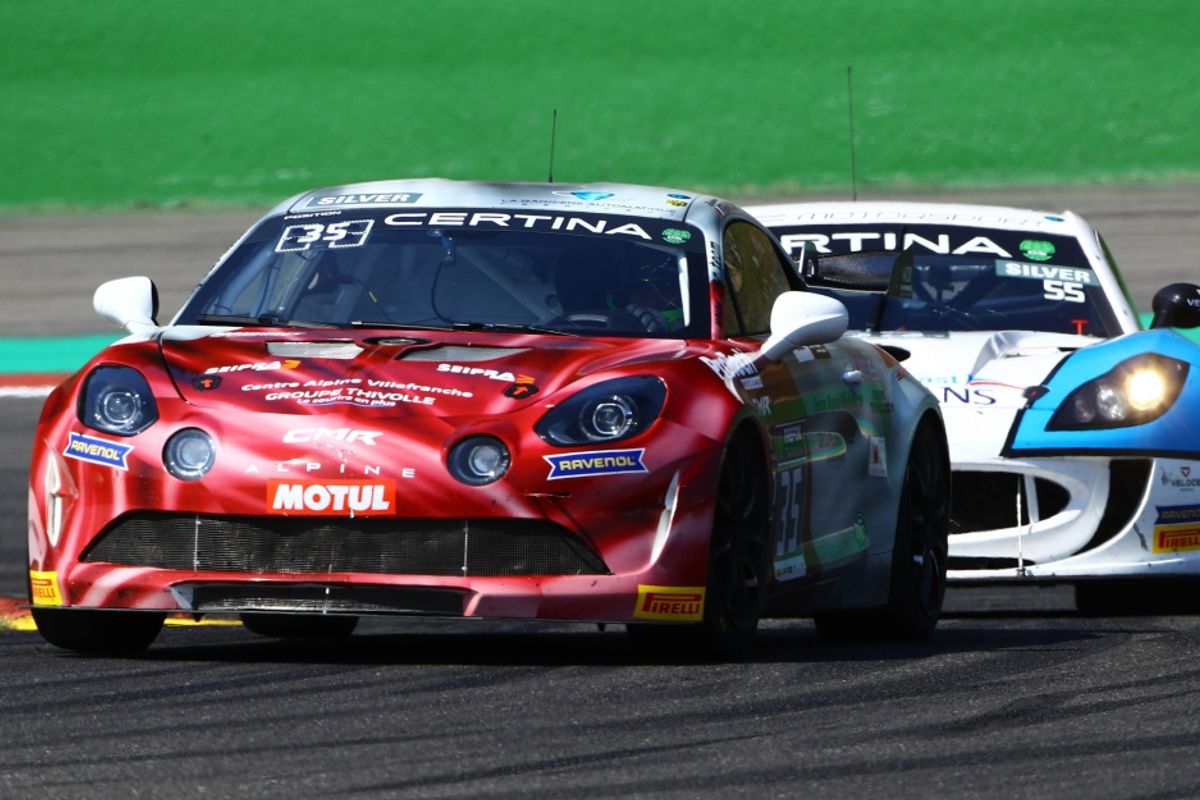 One week after its first outing, the Alpine A110 GT4 demonstrates the extent of its potential in winning for the first time with Stéphane Tribaudini and Pierre-Alexandre Jean in the GT4 European Series at Spa-Francorchamps.

The Alpine A110 GT4 made its competition debut in round three of the French FFSA GT Championship at Dijon (July 14-15). It made quite an impression in its first appearance and the CMR team had an opportunity to further confirm its potential right from its debut in the GT4 European Series.

At Circuit de Spa-Francorchamps, the silver crew of Stéphane Tribaudini / Pierre-Alexandre Jean and the Gentleman duo of Éric Mouez / David Loger were in action. At the top of their respective categories in the second collective test, the quartet showed off all the Alpine A110 GT4’s qualities on the daunting Belgian track.

Qualifying was more of the same with Stéphane Tribaudini and Pierre-Alexandre Jean taking a double pole position, while David Loger led the way in the AM classification in Q2.

Following an adjustment to the balance of performance after qualifying in terms of weight and turbo boost, the Alpine A110 GT4 continued to shine, finishing third in the opening race. A few hours later, the Alpine A110 GT4 scored its maiden victory ahead of six other constructors in the top seven places!

The next race meeting for the Alpine A110 GT4 will be at the Hungaroring (Hungary) September 1st and 2nd in the GT4 European Series.

Philippe Sinault, Signatech Director: “We are thrilled with this first win because it is the reward for a year and a half of development from Signatech Automobiles, as well as many long weeks of work with the CMR team, who I want to congratulate as well as the drivers. To see the Alpine A110 GT4 win in its first appearance in the European Championship is an incredible source of pride and motivation for the future for Lionel Chevalier (Signatech Technical Director) and his team. No brand really dominated Spa, which demonstrates the accuracy of a system that allows everyone to have the potential to win with the right approach. We really had to fight against other prestigious constructors, but we keep in mind that this is only the beginning and the best is yet to come! ”