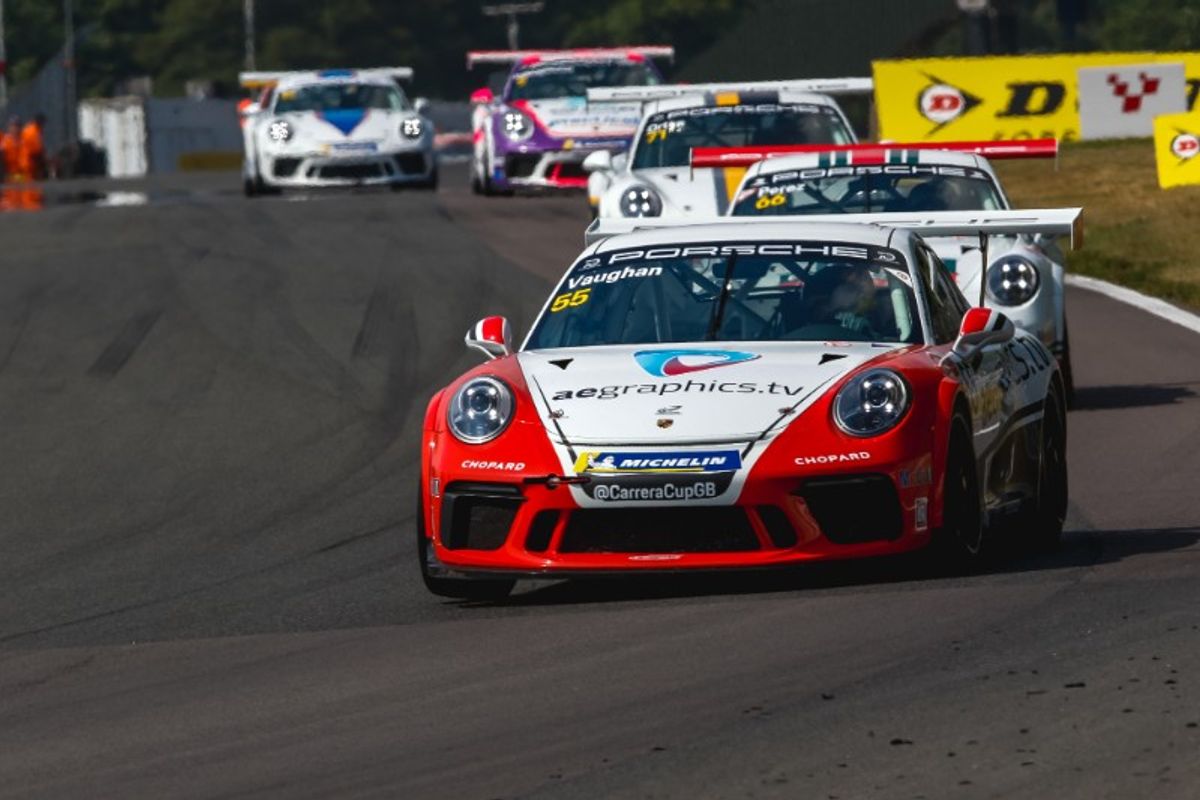 21-year-old Hasse-Clot has an impressive European record in the German marque having claimed multiple race wins and podiums in the French Carrera Cup and winning the Porsche France Junior programme in 2017. The Paris-based driver joins the multi-championship winning Motorbase Performance squad as part of its expansion plans, and will compete in the Pro Category under driver number #88.

“Valentin will be a great addition to the Motorbase Performance team;” said Team Principal David Bartrum. “We are aiming to get back to 3 Porsches next year so to have a Pro at his ability will be good for the team.

“He’s not raced in the UK before so this weekend will be a challenge, both for him and also for us to accommodate him, but he’s an accomplished racer with a good team in France so I’m sure he’ll fit right in.”

The Frenchman joins Carrera Cup GB rookie Dan Vaughan in the Motorbase line-up, who has impressed so far this season, taking two wins and three podiums during the first half of his maiden season. The 21-year-old currently lies third in the Pro-Am Championship – just 8 points off the current leader – as the series enters the second half.

“Dan has been mega this first half of the season;” added Bartrum.  “He’s had a very steep learning curve. Dan has put in some excellent performances and he’s only ever gone forward each weekend.  I think if he keeps his head down then he’ll be challenging for the Pro-Am title. To come back to the Carrera Cup this year with a rookie driver and to do so well is a real credit to Dan’s hard work and also to the team that have been working with him.

“Valentin and Dan should work together really well. They’re both young drivers and I’m hoping that each will learn from each other and it will help to drive the pair of them forward. I’m really looking forward to the 2nd half of the season and a really good finish for Motorbase, starting this weekend.”