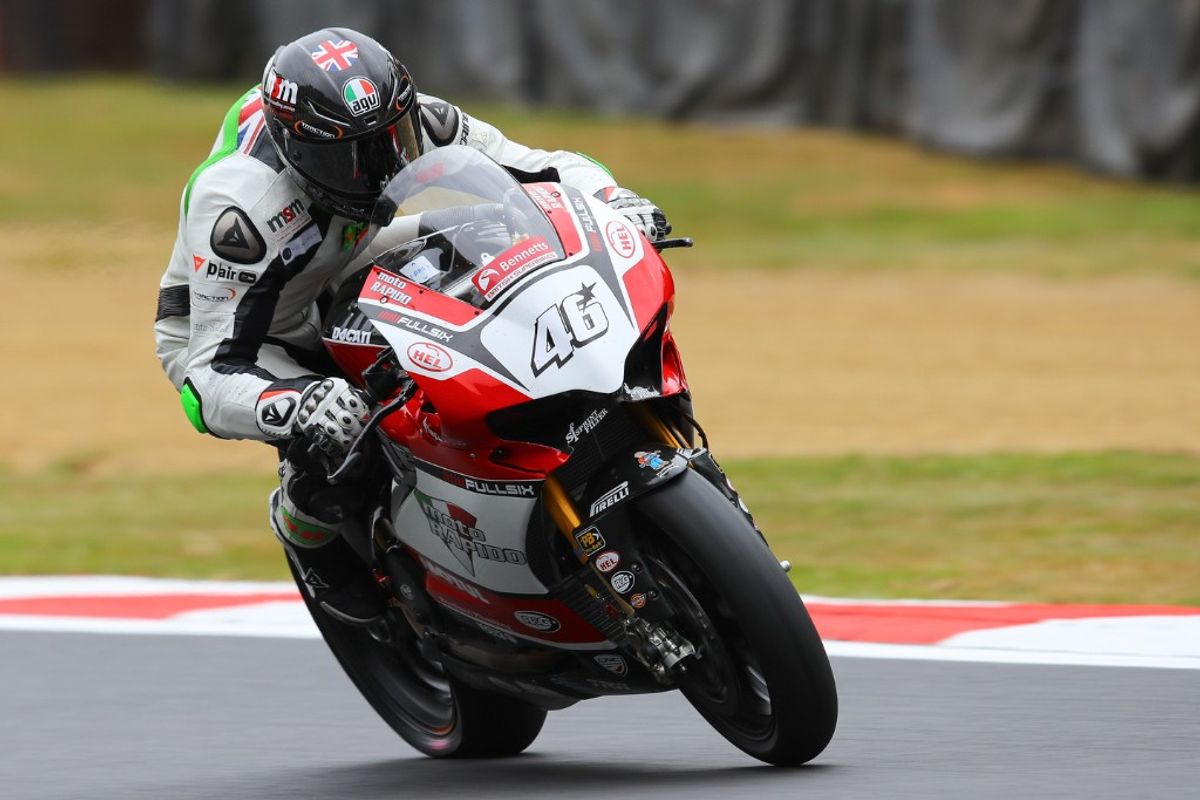 High-speed Thruxton sets stage for the mighty Bennetts British Superbike Championship on 3-5 August
Win a unique pillion ride around the UK's fastest circuit with an advanced ticket purchase
The high-octane Bennetts British Superbike Championship makes a roaring return to Thruxton Circuit on 3-5 August with even greater reason for fans to throw their support behind the local brigade following news ahead of the event that Tommy Bridewell has joined forces with Moto Rapido Ducati in a veritable regional ‘dream team’.

One of the BSB’s most characterful and much-admired riders, Bridewell from Etchilhampton is also regarded as one of the series’ most versatile competitors having gotten his knee down on Thruxton’s hallowed high-speed asphalt aboard a variety of Superbike machinery over the years.

However, this year’s annual jaunt to the Hampshire speedbowl – which is celebrating its golden 50-year anniversary in 2018 – sees the two-time race winner make a particularly notable appearance with Winchester-based team Moto Rapido, a captivating collaboration that will see the Wiltshire ace tackle Thruxton’s iconic high-speed curves on the most evocative two-wheeled machine of them of all, the Ducati Panigale.

Making his debut with the team at Brands Hatch last weekend, Bridewell quickly acquainted himself with the rumbling twin-cylinder bike to produce two impressive points scoring finishes, including a headline-grabbing run to seventh position in race two yielding both his and the team’s best results of the season.

With their mouth-watering partnership already bearing fruit, the 29-year old now has his eye on greater success, beginning at Thruxton where he is looking to build on his 17 career BSB podiums at his much-loved home round.

“I cannot wait to get out and perform at Thruxton," Bridewell commented. "It is a circuit that is notoriously good for the Ducati and one that I have had success at in the past too. As well as being my home round, Thruxton is important to the team as they are also local so together we want to put on a good show for the fans. We can only move forward and after the first races last weekend so I am going into Thruxton feeling confident that we have much, much more to come."

Heralding round seven of the 2018 British Superbike Championship season, this year’s event will see Bridewell joined by a cavalcade of the nation’s finest riders battle it out for supremacy at ultra-fast Thruxton, where the wheel-to-wheel action takes place at speeds in excess of 170mph.

In addition to a packed programme of thrilling action, Thruxton has also launched an exclusive competition that will see one lucky advanced ticket holder experience a high-speed pillion ride around the UK’s fastest circuit on BSB race day. This once-in-a-lifetime prize can be won by anyone who makes or has already purchased an advanced race day or advanced weekend ticket.

Advanced tickets for the BSB’s visit on 3-5 August are available, priced at £5 for Friday (practice), £12 for Saturday (qualifying and support races) and £28 on Sunday (race day). Advanced weekend tickets start from £40. Accompanied children aged 15 and under will be admitted free of charge.