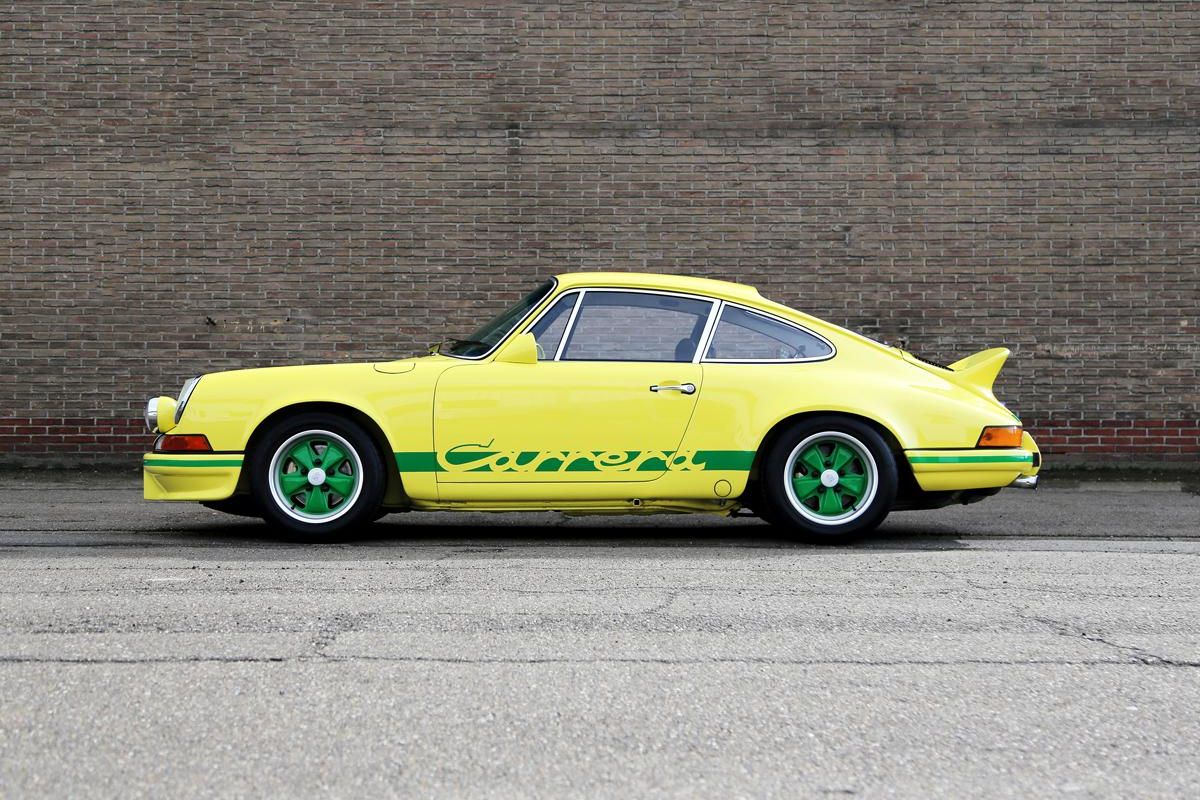 On the heels of Porsche’s resounding success with its incredibly powerful 917 in prototype racing, the FIA decided to limit engines for the World Championship of Makes to more than three litres of displacement. Porsche management realised it needed a new weapon to be drawn from its production lines, one that would not only help the public identify more closely with racing 911s but also help recoup some of the stratospheric expenditures of the 917 racing program. Creating a small series of 911-based racers for the FIA’s new European Group 5 Special Grand Touring category for three-litre cars was the agreed-upon goal. A minimum of 500 examples of Group 4 road-legal cars would have to be built in one year to meet regulations.

By the time the car was formally introduced at the 1972 Paris Auto Show, the initial production run of 500 units had already sold out within a week, to the surprise and delight of Porsche’s directors. A second 500-unit production run was quickly approved, and eventually 1,080 were constructed. Most of this second series was comprised of M472 Touring versions, which used standard-thickness 911 sheet metal and glass, a steel rear bumper, a single battery, and most of the 911 S’ road equipment and driver comfort trim items.

This stunning matching numbers 911 2.7 RS, an M472 Touring model, was delivered new via the French importer Sonauto to its first owner, an industrialist based in Avignon, in January of 1973. The RS was delivered in the specification that it wears today, as referenced in factory documentation and also by the book “Carrera RS” by Gruber and Konradsheim. As one of the first 500 examples of the model, this early car was built with thinner gauge steel body panels to further reduce weight.

During the 1970s ownership passed to a professor of medicine, and in the early 1980s to Lucien François Bernard, co-founder and former president of the French Porsche 356 Club. The RS returned to Sonauto in 1990, and was then sold to Jean Claude Miloé, a well known gentleman driver and Porsche collector. Always a road car, this wonderful example has taken part over the years in several regularity rallies such as the Coupe des Alpes, Maroc Classis, and the Tour de Auto.

Pleasingly the RS offered with full service history from specialists such as Louis Meznarie, Crubilé Sport and dealers Sonauto and Ravé. For more significant works the car was entrusted only to the Porsche factory, with the most recent restoration having been completed in December 2015 by Porsche Ravé. We understand a full file of invoices will be supplied with the car.

Finished in Light Yellow with green Carrera decals, this is an exceptionally well presented example with excellent history, and certainly the finest example of the model seen for a very long time.