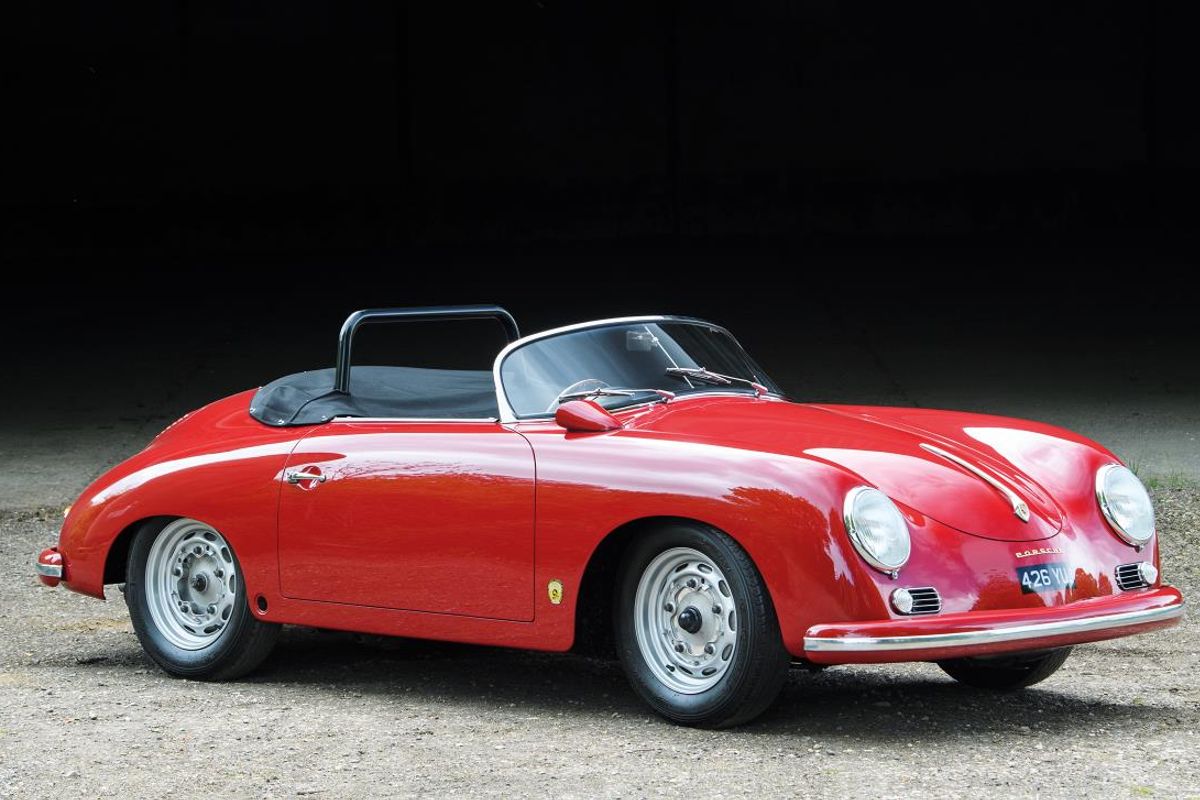 IN 70 YEARS OF PORSCHE CONCOURS

set to stun guests during Concours Masters Celebration of 70 Years of Porsche on Saturday, 1st September

The last of only four right-hand drive cars ever made, and the only one in the UK, this magnificent machine was delivered new in September 1957 to a wealthy Australian hotelier. A mere 152 of these quad-cam, competition-orientated sports cars were sold in period, with right-hand drive cars being the rarest of the many variations on the theme. This example was restored in 2014, the car’s original ruby red hue being reinstated along with its period-correct black leather upholstery with corduroy inserts. Since then, it has won several awards overseas, but will be making its British concours debut at Salon Privé.

While sure to amaze onlookers, the 356A Carrera Speedster will be only one of 50 landmark Porsches vying for silverware.

The marque’s seventieth anniversary will be celebrated in great style within the majestic grounds of Blenheim Palace, with cars spanning different eras being judged by eleven experts picked for their particular area of knowledge and expertise. This panel will be judging cars based not only on their condition, as with traditional concours events, but also on more subjective attributes such as their aesthetics. Entrants will also be contending for the coveted Owners’ Choice Winner, People’s Choice and the much-coveted Sponsors’ Award from Chubb Insurance, Lockton Private Clients and Pirelli.

Salon Privé is the first event in the world to stage two concours during the same week. Concours Masters Celebrates 70 Years of Porsche is a must-attend event for all fans of this famous marque, and one which forms only part of this annual gala of the very best motor cars ever to turn a wheel.