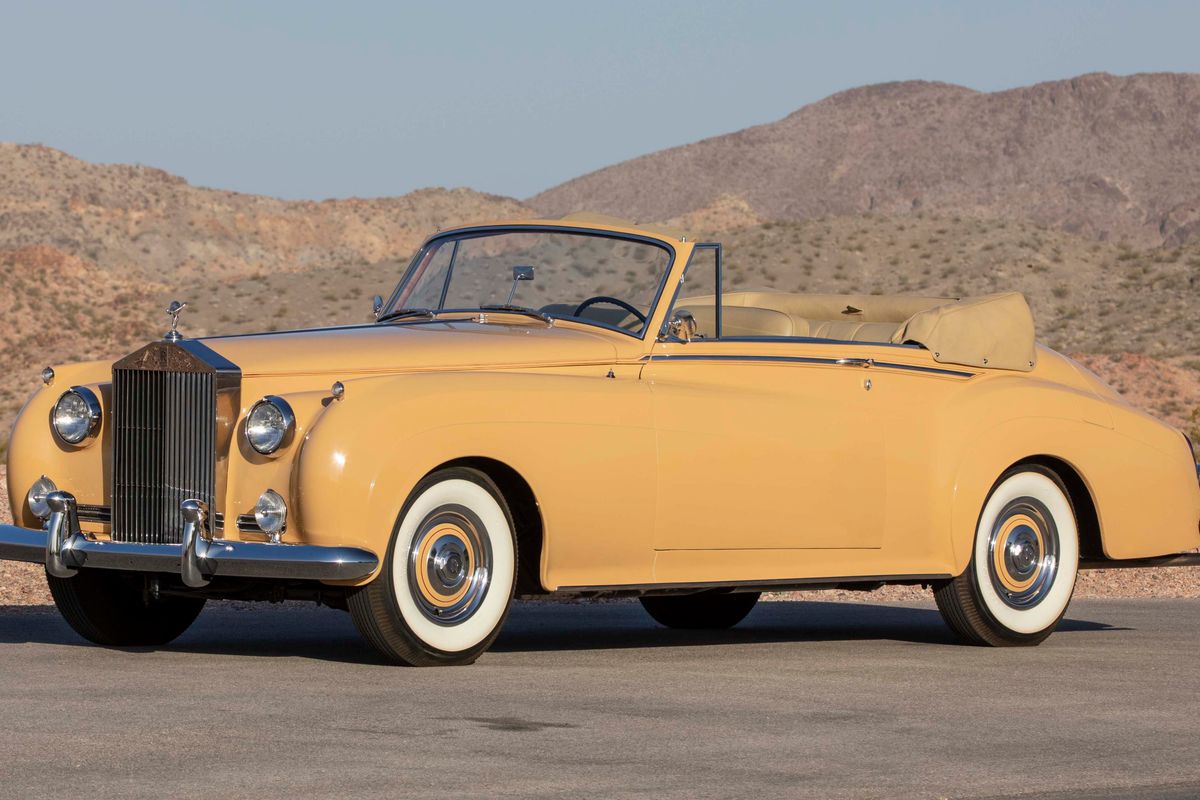 The Rolls-Royce Silver Cloud, introduced in 1956 to international acclaim, remains one of the epochal luxury vehicles of the postwar era. The example here stands out for many reasons. Foremost, Silver Cloud Chassis No. LSMH21 was custom-bodied by the firm of H.J. Mulliner of Chiswick, West London, into this remarkable and exclusive drophead coupe. The work was impressive enough that Rolls-Royce itself would acquire the Mulliner body-building firm outright in July 1959. There were a mere 12 Rolls-Royce Silver Cloud 1 Mulliner Drophead Coupes produced, of which nine were created as left-hand-drive examples for export to the United States. The example offered shows 48,000 believed-original miles and has benefited from a more recent cosmetic refreshing. Like all Rolls, this car has a colorful history, having been delivered new through noteworthy dealer J.S. Inskip of Manhattan, New York, to business heir George Baekeland of Southport, Connecticut, and later becoming part of the Ted Mintz Rolls-Royce Collection. This motorcar is equipped with the classic F-head 4.9L inline 6-cylinder engine, which by this time featured dual SU carburetors and air conditioning. It is mated to an automatic transmission.

The outside is finished in a stunning hue, while inside the open-air interior are cream-toned leather upholstery and Burlwood trim accents and fold-down trays. The Spirit of Ecstasy hood mascot and a set of Firestone gum-dipped wide whitewall tires complete the appearance of this motorcar, and the sale will be accompanied with both reference books and the tool kit. With several awards won at event showings in years past, including a first place at the RROC National Meet in Newport, Rhode Island, in 1980, the car’s condition is self-evident. If you have considered the ownership of perhaps the most stylish and noteworthy name in fine British motorcars, this rare 1959 Mulliner-built Rolls-Royce Silver Cloud I Drophead Coupe is an opportunity with few equals.