Legendary Maserati goes under the hammer at COYS 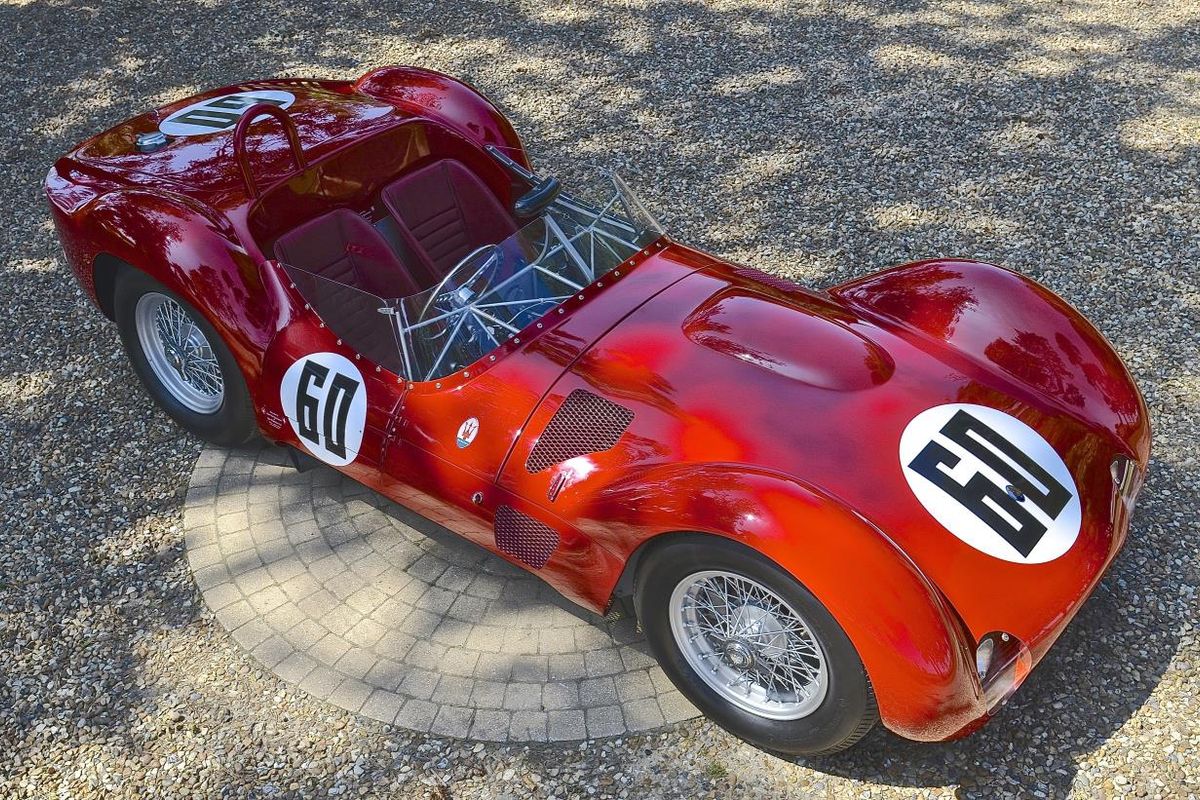 The legendary 1959 Maserati Tipo 60/61 ‘Birdcage’ which was prepared for racing by Alfred Momo is to be sold by international car auctioneers Coys at their Schloss Dyck auction in Germany on the 4th of August.

This historic Maserati is a light and powerful sports racer produced in 1959-1960 that exhibits superb aerodynamics. It acquired its nickname ‘Birdcage’ because of the exceptional design engineered by Giulio Alfieri. It has an intricate tubular frame and chassis made up of approximately 200 small diameters, chrome-molybdenum steel tubes of varying lengths and thicknesses welded together with a unique Italian process.

In 2010 the car was submitted to the MSA, and gained its Historic Technical Passport/FIA class: TSRC4 documents, allowing it to be raced in many different venues throughout the world which could even include Classic Le Mans, Goodwood Revival, and Motor Racing Legends Stirling Moss Trophy at various circuits globally.

Chris Routledge, CEO of Coys said, “This car offers a collector a chance to own a unique race car. It is going to be sold with a large amount of documentation, photographs, full rebuild invoices from Steve Hart Racing and confirmation of the cars original components used directly from Momo.”

Another one of Giulio Alffieri’s epic design on sale is a 1963 Maserati 3500 GTi Superleggera by Touring. The car is finished in arguably the best colour combination for a 3500 – gunmetal grey over red this wonderful example of the marque is also reported to be in excellent mechanical order. Its estimate is €178,875.

The 1921 Wolseley 200-Mile Record Car Evocation was built by one of Britain’s biggest motorcar manufacturer at the outbreak of World War One, Wolseley. This car was acquired by Stephen Battye for his impressive Yorkshire Car Museum during 2003, it was carefully stripped and reassembled after a period of dry storage. It is now on sale and estimates €35,000- €42,000.

Also going under the hammer is one of only 576 made in the Magna line; a 1933 MG L-Type Magna Tourer. It was first registered in Germany in 1986. This Magna had only three previous owners in Germany; in 1999 the engine was overhauled for 7,700 DM. This fantastic MG Magna subsequently went on to win the historic Klausen mountain race. It estimates €60,000- €80,000.

Other cars on sale: