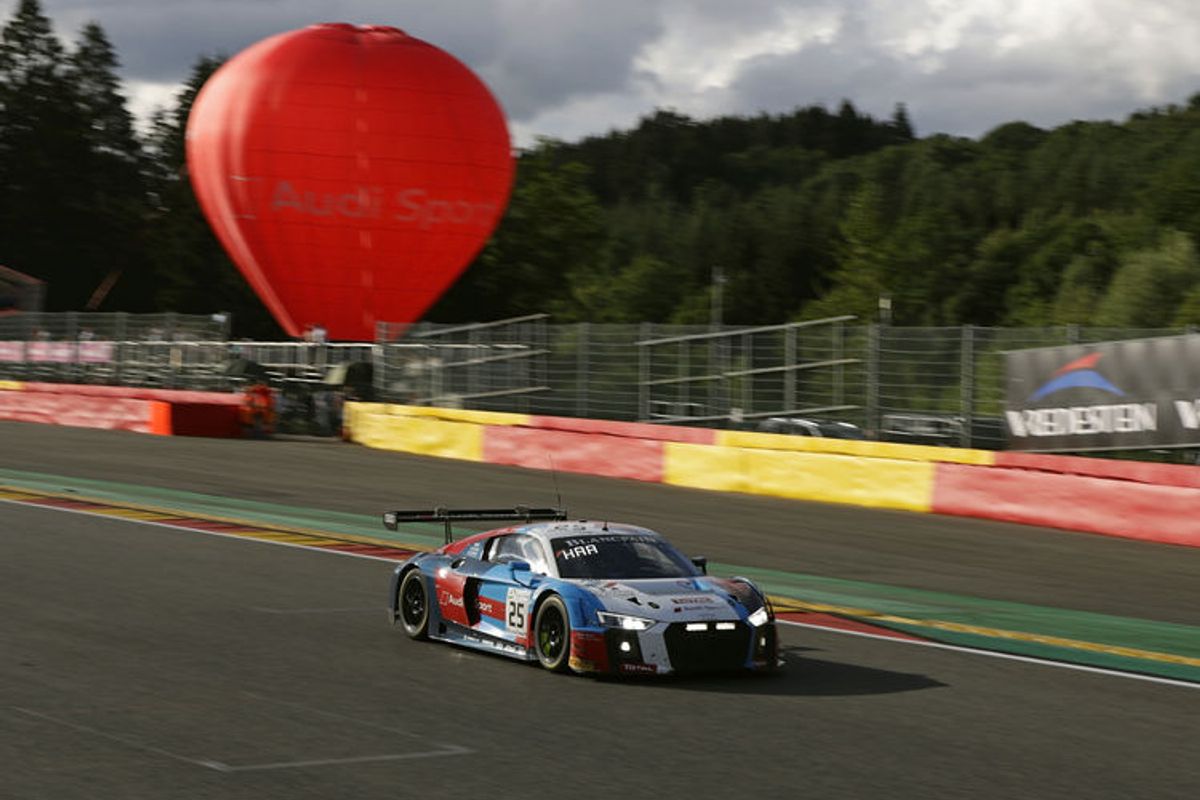 Audi Sport customer racing took third place on the podium in the overall classification in the 70th running of the Spa 24 Hours. The brothers Sheldon and Kelvin van der Linde finished third together with Jeffrey Schmidt. At the same time, victory for the competitors registered in the Intercontinental GT Challenge went to the Audi R8 LMS. Audi Sport Team Saintéloc, which had won the Spa 24 Hours last year, claimed this win with the three Audi Sport drivers Christopher Haase, Frédéric Vervisch and Markus Winkelhock. However, a change to the performance categorization on race day left Audi with virtually no chance in the battle for race victory in the Ardennes. Many caution periods also caused significant changes in the classification.

With 13 brands on the grid, the anniversary edition of the Spa 24 Hours promised to be a classic. After four wins since 2011, Audi Sport customer racing aimed to clinch its fifth overall victory. “Unfortunately it just wasn’t quite enough this year,” said Chris Reinke, Head of Audi Sport customer racing. “A couple of hours before the start we had to load 15 kilograms of ballast weight into all the cars. Although we were able to set a few quick lap times, we were unable to fight for victory over the distance. Then in the end two BMW won from two Audi and two Mercedes-AMG.” Following overall victory in the Intercontinental GT Challenge season opener in Australia in February, Audi at least managed its second win in this category, for which 18 participants were registered.

Audi Sport Team Saintéloc emerged through the many caution periods in a favorable position and generally performed strongly. The two Germans and 2017 winners Haase and Winkelhock and their Belgian teammate Vervisch had been in with a chance of finishing on the podium since Sunday morning. With third place within grasp, Vervisch rolled slowly, due to a very close fuel calculation, to his final pit stop on the last drops of fuel and was beaten in the brand internal fight by Team Montaplast by Land-Motorsport. Wolfgang Land’s team, a former class winner at Spa, returned to the 24-hour race with Audi this year. The brothers Kelvin and Sheldon van der Linde and their Swiss teammate Jeffrey Schmidt finished third after excellent drives from all of them.

Immediately after the start, René Rast led the race in the Audi R8 LMS number 2 from Audi Sport Team WRT. With such strong competition there was no dominant brand to start and the lead changed hands frequently. However Audi’s DTM Champion dropped back during the night together with his teammates Nico Müller and Robin Frijns. His team completed the mandatory five-minute technical pit stop under the green flag, while other competitors benefitted from caution periods. At not a single pit stop was the number 2 able to benefit from this advantage when the entire field follows the safety car at slow speed and thus lose less time during a pit stop. The Audi factory drivers from the DTM took the checkered flag in eighth place.

Start number 1 went away empty-handed after a strong comeback drive. After qualifying Christopher Mies, Alex Riberas and Dries Vanthoor received a sport penalty that they had to take in the first race laps. From 63rd and last place, they fought their way into the top ten before having to retire just before the finish. In addition to the three Audi R8 LMS cars in the top ten, Attempto Racing also made the finish. Pierre Kaffer, Kim-Luis Schramm and Clemens Schmid took the checkered flag in 24th place.

The third round of the Intercontinental GT Challenge is on the agenda in just four weeks. The teams meet up again in Japan at the Suzuka 10 Hours on August 24–26. Audi is reigning Champion in this global race series.