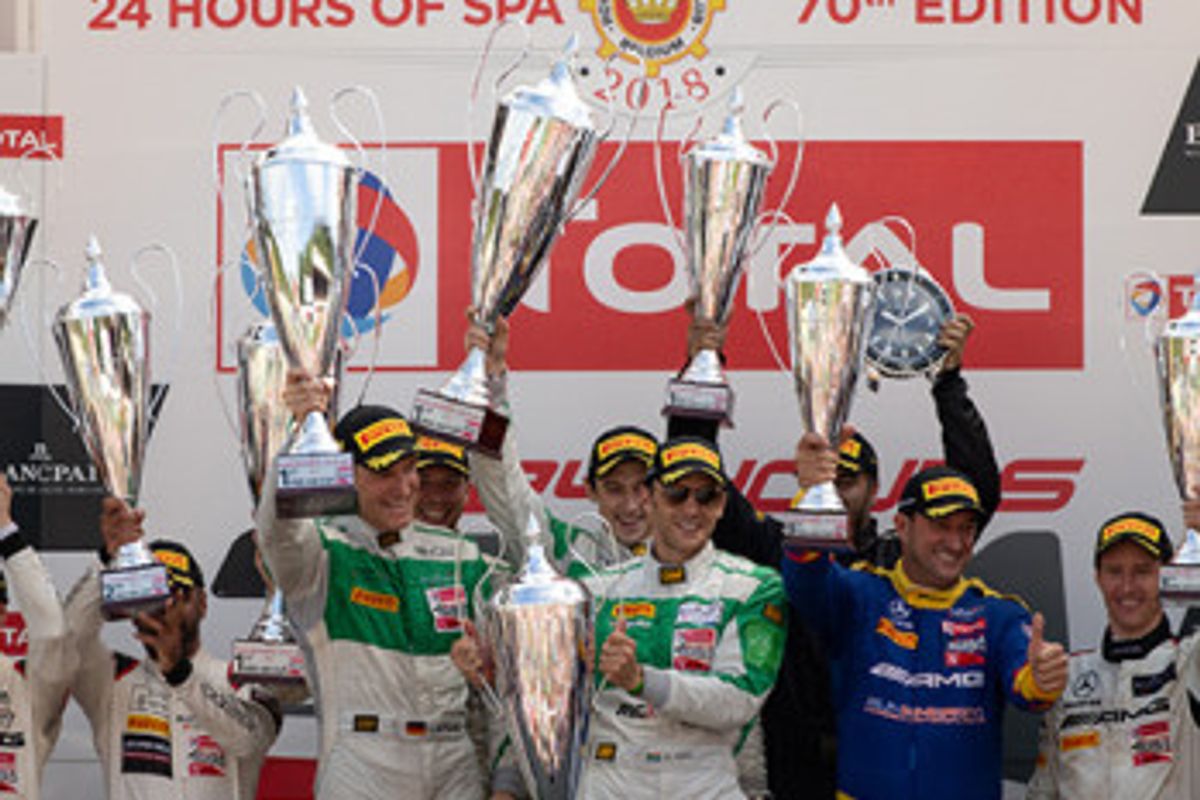 The Maranello brand celebrated an excellent overall result with all the cars crossing the finish line and a podium in Am Cup for Rinaldi Racing’s second 488 GT3 crewed by Pierre Ehret, Nick Boulle, Murad Sultanov and Rick Yoon. Once again, the car of SMP Racing was out of luck, finishing 10th after a puncture that forced Davide Rigon, Miguel Molina and Mikhail Aleshin to mount a frantic comeback. The trio recovered from 42nd and were among the fastest crews on the track, even though they were unable to make up enough ground to finish on the podium.

Dominators. Rinaldi Racing managed the race perfectly despite a disappointing performance in qualifying. In the race, the green car immediately pulled back places and fought a great duel with the Mercedes of Strakka Racing driven by Chris Buncombe, Nick Leventis, Lewis Williamson and David Fumanelli. In the first part of the race the rival car kept its nose in front of Mattschull and his teammates. However, over a distance the superior quality of the car and the perfect work of Rinaldi Racing paid off. In the end, the crew of car no. 333 finished over a lap ahead of their Strakka Racing rival. The Ferraris of AF Corse, no. 51 with Lorenzo Bontempelli, Duncan Cameron, Matt Griffin and Aaron Scott and no. 53 with Andrea Bertolini, Marco Cioci, Niek Hommerson and Louis Machiels, were at the foot of the podium.

Am Cup. The two Ferrari 488 GT3s entered in the Am Cup class also secured a place on the podium. Murad Sultanov, Rick Yoon, Nick Boulle and Pierre Ehret, in car no. 488, even took the lead before having to settle for a still excellent third place. Car no. 75 of Team T2 Motorsport struggled early on with a spin and two laps lost, but then put in a solid performance to finish in fourth. The credit for that goes to Greg Teo, David Tjiptobiantoro, Christian Colombo and Matteo Cressoni. The Blancpain Endurance Cup championship resumes on 29 and 30 September at the Barcelona track. The overall win went to the BMW of Walkenhorst Motorsport with Tom Blomqvist, Christian Krognes and Philipp Eng.