Ingram charges back into championship lead on BTCC's biggest weekend 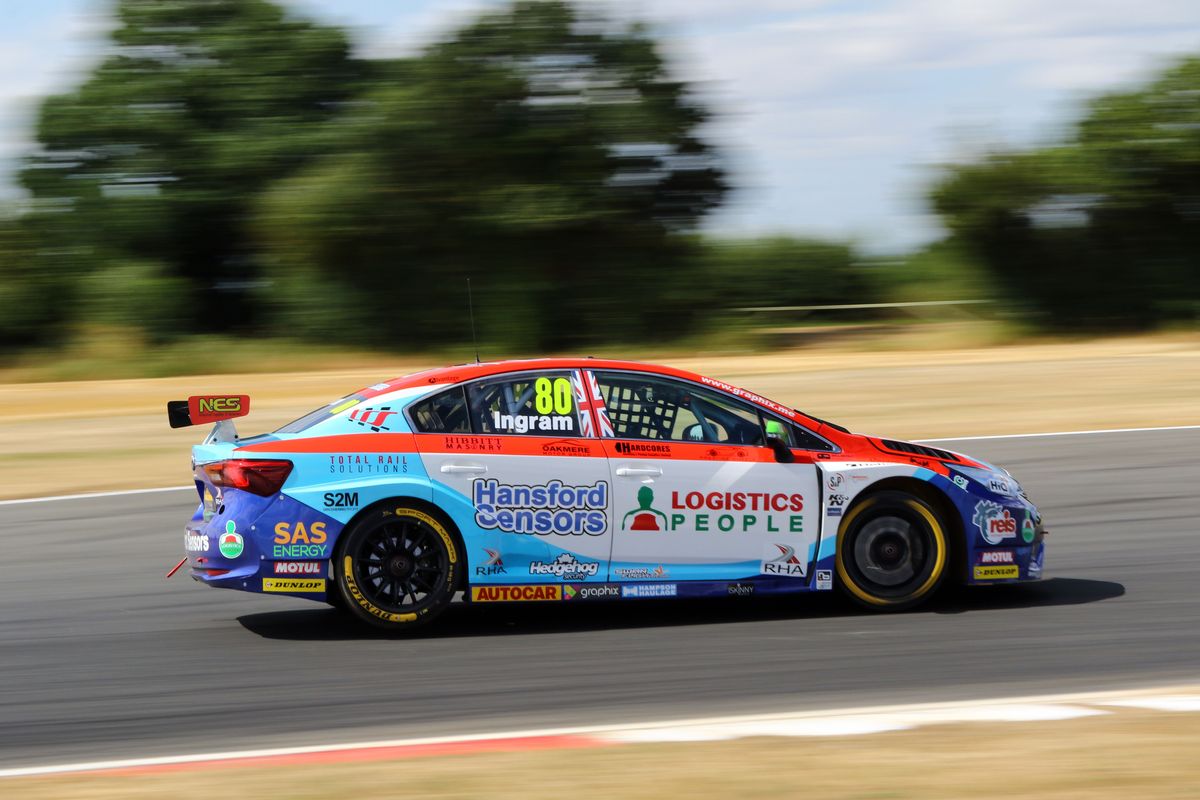 Last weekend at Snetterton (28/29 July), the Dunlop MSA British Touring Car Championship celebrated its 60th anniversary, and Tom Ingram marked the momentous milestone with a stunning charge from the back of the grid to a podium finish to return to the summit of the Drivers’ standings.

Ingram has been a title contender season-long in his fifth campaign in the immensely popular, ITV4 live-televised, all-action BTCC – commonly regarded as the world’s premier and most fiercely-disputed tin-top series.

The Speedworks Motorsport star travelled to Snetterton sitting second in the chase for the coveted crown, 19 points adrift of two-time champion Colin Turkington, but he found himself immediately on the back foot after an electrical issue curtailed his running early on in the first free practice session.

Undeterred, Ingram made light of the 66kg of success ballast aboard his #80 Toyota Avensis in qualifying to secure an excellent fifth on the grid for race one amongst the 31 high-calibre entrants – some of the very best touring car protagonists on the planet – half-a-second and ten positions ahead of Turkington.

Saturday’s sunny skies soon disappeared on Sunday, however, as the heavens opened with a vengeance, soaking the track and making for treacherous conditions characterised by rooster-tails of spray and minimal grip.

Ingram nonetheless went on the attack from the start, challenging for third only to be hung out to dry on the outside line and demoted back to fifth. Despite grappling with a lack of power steering, the talented young Bucks ace was comfortably holding station and on-course to outscore Turkington by ten points when alternator failure forced him into retirement on lap three.

With a short turnaround in which to rectify the issue before race two, the Speedworks crew had to knuckle down and from a lowly 27th on the grid – on a still very greasy track surface – Ingram made astonishing progress to complete the first lap in 12th. Courtesy of a series of ultra-committed moves, the reigning BTCC Independents’ Champion was up to sixth when the safety car emerged with just two laps remaining to deal with a stranded car.

With the bit between his teeth, at the re-start, Ingram opportunistically snatched fifth from Sam Tordoff and held his nerve to deprive Chris Smiley of fourth before hunting down Dan Cammish, 1.5 seconds up the road in third. The KX Akademy graduate and MSA Academy member inexorably narrowed the gap and was right on his rival’s tail by the last corner, darting out of the slipstream on the dash to the chequered flag to steal the final podium spot by a scant four hundredths-of-a-second.

It was a truly heroic effort that saw Ingram improve an extraordinary 24 positions on his starting slot and set fastest lap in the process – but he wasn’t done yet. From fourth on the grid for the 60-mile, ballast-free ‘Diamond Double’ feature race – awarding twice as many points as usual and prioritising strategy, tyre management, fitness and above all patience – the three-time Ginetta Champion and former British Karting Champion gained a place at lights-out as the leading trio rapidly made their escape in the precarious conditions.

Keeping the pressure on throughout in a tense nip-and-tuck battle – with less than half-a-second blanketing all three cars on occasion – Ingram turned up the wick in the closing stages as he tried to force an error, before ultimately deciding discretion was the better part of valour with the bigger picture foremost in his mind.

His second rostrum finish of the weekend saw the 24-year-old convert his 19-point deficit in the Drivers’ classification into a six-point championship lead heading next to Rockingham, scene of his breakthrough BTCC podium three years ago. He has also extended his advantage in the Independents’ Trophy scrap, as Speedworks consolidated the top spot in the Independent Teams’ table and sixth position overall.

“It was very special to be part of the BTCC’s diamond jubilee weekend,” Ingram acknowledged. “It has been my life ever since I was a small kid, and to now be competing in it is a dream come true for me. The BTCC boasts such an illustrious history over the past six decades with so many great drivers having raced in the series, and it just keeps on going from strength-to-strength.

“I think we did a good job with the weight in qualifying, and the second session proved that the Avensis works really well both with and without ballast. With the championship situation as tight as it is, we were well aware of the importance of staying out of trouble in the races, and the slippery conditions made it even harder as whilst we knew we couldn’t afford to take risks, at the same time, we needed points.

“That being the case, it was obviously a huge frustration to score none at all in race one, and that left us massively pumped-up for race two. We had so many supportive messages come flooding in after the DNF, which really gave us that extra motivation to fight back. My aspirations were to try to break into the points, but I honestly never expected to get all the way up to third. It just goes to show how quickly things can turn around in this championship.

“The double points scenario in the final race then represented a golden opportunity to net a big haul. The three of us at the front were each quicker in different areas, which resulted in very similar lap times. We were all glued to each other’s bumpers and the advantage ebbed-and-flowed throughout, but I was very happy with third and to leave Snetterton with the championship lead – particularly after what happened in race one – was fantastic. Now we need to keep this momentum going over the remaining four weekends.”

“Every team has clearly been working hard over the summer break, and for us, the effort back at base to prepare for the second half of the season has been relentless,” added the Northwich, Cheshire-based outfit’s Team Principal, Christian Dick. “It really has been non-stop for all the boys, so to come away from Snetterton with two more podium finishes and the championship lead is tremendously rewarding for everybody involved.

“We worked our way through a lot of potential set-up permutations during the pre-event test, with a particular focus on the longer-distance race and that paid off as the pace of the Avensis was mega all weekend – and in all conditions. To qualify fifth with 66kg on-board I think opened a lot of people’s eyes and with a short window of peak performance for the tyres, Tom knew he only really had one shot to set a good time in Q2 and he delivered there as well.

“After that, the alternator issue in race one threatened to really derail our challenge. We picked up a low-voltage warning on the way to the grid, but with no chance to carry out a proper fix, all we could do was keep everything crossed and hope we would somehow get through. Deep down, though, we knew we were on borrowed time and our hearts sank when we saw Tom pull off the track as he was sitting pretty inside the top five.

“What’s worse when you find yourself in that position, is that you know you face the risk of losing even more points starting so far back in race two – particularly on a still-damp track with everybody on slick tyres. That only added to the danger element, so for Tom to turn the situation around in the way he did was quite remarkable. Yes, we needed a little bit of luck towards the end with the safety car closing the field right up, but even so, that was one hell of a drive!

“He then went on to apply the pressure and keep the two cars ahead honest throughout race three, deciding towards the end to settle for the points for third as we knew that was more than enough to take the championship lead. It was a really mature, sensible drive and leaves us feeling very confident now heading to Rockingham. It’s a circuit at which we’ve traditionally gone well, and whilst we’ve not carried maximum ballast there before, our tails are up and we’re ready for the fight!”