British GT titles on the line at Brands Hatch 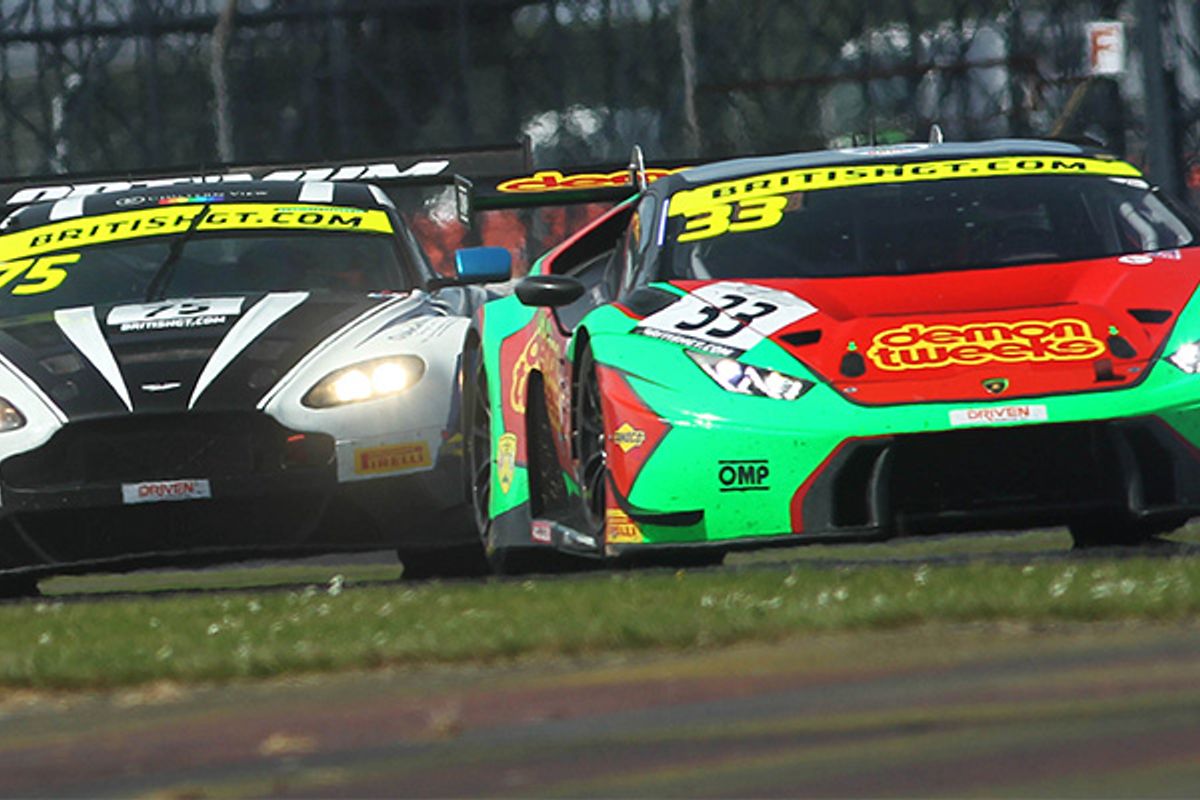 Brands Hatch plays host to the penultimate round of the 2018 British GT Championship this weekend, and there’s an outside chance that both Drivers’ titles could be decided over the course of Sunday’s two-hour race around the daunting GP circuit.

Barwell Motorsport’s Jon Minshaw and Phil Keen arrive in Kent top of the GT3 standings by 14 points, while Jack Mitchell’s victory at Spa-Francorchamps – his second in as many outings – leaves the Century Motorsport driver 16.5 clear of his nearest GT4 rivals. Both will be crowned champions if they can extend their respective advantages to 38 points.

GT3: CORONATION, CONSOLIDATION OR COMMISERATION FOR MINSHAW AND KEEN?

Jon Minshaw and Phil Keen’s Lamborghini wasn’t the fastest package at Spa, but – just as they have done all season – the pair extended their championship lead by maintaining a metronomic run of results that began on the season’s opening weekend. Putting themselves in prime position for Donington’s potential decider is now surely the minimum requirement on a weekend when finishing first or second could be enough for them to clinch a first GT3 title.

However, Minshaw and Keen will also be mindful of this time last year when they let a similar lead slip at Brands Hatch, which ultimately cost them the championship.

They were certainly helped by Mark Farmer and Nicki Thiim’s lap one retirement at Spa, which has seen the TF Sport Aston Martin drop from second to third in the standings behind the similar Optimum Motorsport-run V12 Vantage shared by Flick Haigh and Jonny Adam. They head to Brands with confidence restored following a first pole position since Oulton Park and second-straight podium finish.

Nevertheless, they are also the only crew in the current top-five – a group separated by 28 points – who must serve a pitstop success penalty this weekend. And that could prove crucial to the outcome of this year’s championship. Indeed, victory would be enough for Minshaw/Keen to clinch the title if Haigh/Adam finish sixth and Farmer/Thiim are fifth at Brands Hatch.

It’s a similar story for ERC Sport’s Lee Mowle and Yelmer Buurman who are now just 0.5 points behind TF Sport’s #11 crew after scoring their best result since winning Rockingham’s action-packed race in late April. Derek Johnston and Marco Sorensen, who complete the top-five, must now realistically beat Barwell’s championship leaders this weekend if they’re to also feature in Donington’s decider.

Misdemeanours earlier in the season have prevented Jetstream Motorsport’s Graham Davidson and Maxime Martin from mounting a concerted title push in their debut season. But the duo finally delivered on their promise at Spa where they took a first British GT victory together. And although the subsequent 20s pitstop success penalty to be served at Brands Hatch will likely end their mathematical title chances this weekend, it’s reasonable to expect the #47 Aston Martin to be near the sharp end during qualifying and the race’s opening stint.

Behind them come three crews with plenty of late-season motivation following contrasting fortunes at Spa. Andrew Howard and Darren Turner’s Beechdean AMR Aston Martin has scored just 21 points in the last four races following its phenomenally consistent start to the year, while Ian Loggie and Callum Macleod were again left ruing what might have been after early contact compromised their Team Parker Bentley’s race in Belgium. But there was better news for the squad’s #1 Continental GT3 which finished second thanks to a vintage Rick Parfitt Jnr performance and impressive final stint from Ryan Ratcliffe.

GT4: MITCHELL HOLDING ALL THE ACES

Few drivers win a British GT race having served a 20s pitstop success penalty, but that’s exactly what Century Motorsport’s Dean Macdonald and Jack Mitchell achieved at Spa to give the latter back-to-back GT4 wins and a chance of wrapping up the title this weekend.

A timely Safety Car undoubtedly helped the #43 BMW, whose full-season driver now finds himself 16.5 points clear of HHC Motorsport’s Ginetta shared by Callum Pointon and Patrik Matthiesen who lost the championship lead for the first time since Rockingham. They’re also now just 0.5 points ahead of Tolman Motorsport’s McLaren driven by Charlie Fagg and Michael O’Brien, who pushed Century all the way at Spa, while Matt Nicoll-Jones and Will Moore’s Academy Aston Martin means there’s as many different manufacturers represented in the top-four.

With the first and third place crews serving success penalties and a maximum 75 points still available for two wins, the chances of Mitchell being crowned champion at Brands Hatch appear slim. Nevertheless, third place could be enough for the 20-year-old to win the title with a race to spare – the first time that will have happened since 2015 – in the event of other results going his way. Meanwhile, a third consecutive win would leave Pointon/Matthiesen and Fagg/O’Brien requiring fourth or better to force a showdown at Donington.

Century’s second BMW of Ben Tuck and Ben Green also remains an outside championship contender, while at Spa Finlay Hutchison and Dan Mckay finally delivered the podium Equipe Verschuur’s McLaren had been threatening since the opening round.

Aston Martin claimed class victory at the Kent venue last season, which undoubtedly plays into the hands of Moore and Nicoll-Jones who also started on pole there 12 months ago. However, it’s Academy’s second V8 Vantage that could be worth watching this weekend when Jan Jonck returns to the scene of that emphatic win.

GT4’s Pro/Am class continues to swing from one crew to another and, for a fourth race running, a new set of names finds itself top of the standings. Nick Jones and Scott Malvern’s win at Spa has propelled the Team Parker duo back into the box seat by 7.5 points from Kelvin Fletcher and Martin Plowman, whose UltraTek Nissan finished second, while Graham Johnson and Mike Robinson’s non-score appears to have ended their hopes of retaining the crown for a third season. They currently occupy third, albeit 47.5 points shy of the lead.

British GT’s penultimate round of the season begins at 13:40 this Sunday. Watch it live on the championship’s website or Facebook page, as well as SRO’s GT World Youtube channel.

Jonathan Wells, Pirelli UK motorsport manager: “From a tyre perspective, the Brands Hatch GP circuit is all about the large lateral forces through the many medium-to-high-speed corners. As the number of traction and braking events is small, tyre wear is generally quite low. The P Zero DHD2 tyres have already raced at Brands Hatch this year in the Blancpain GT Series round in May, showing good consistent performance throughout.”