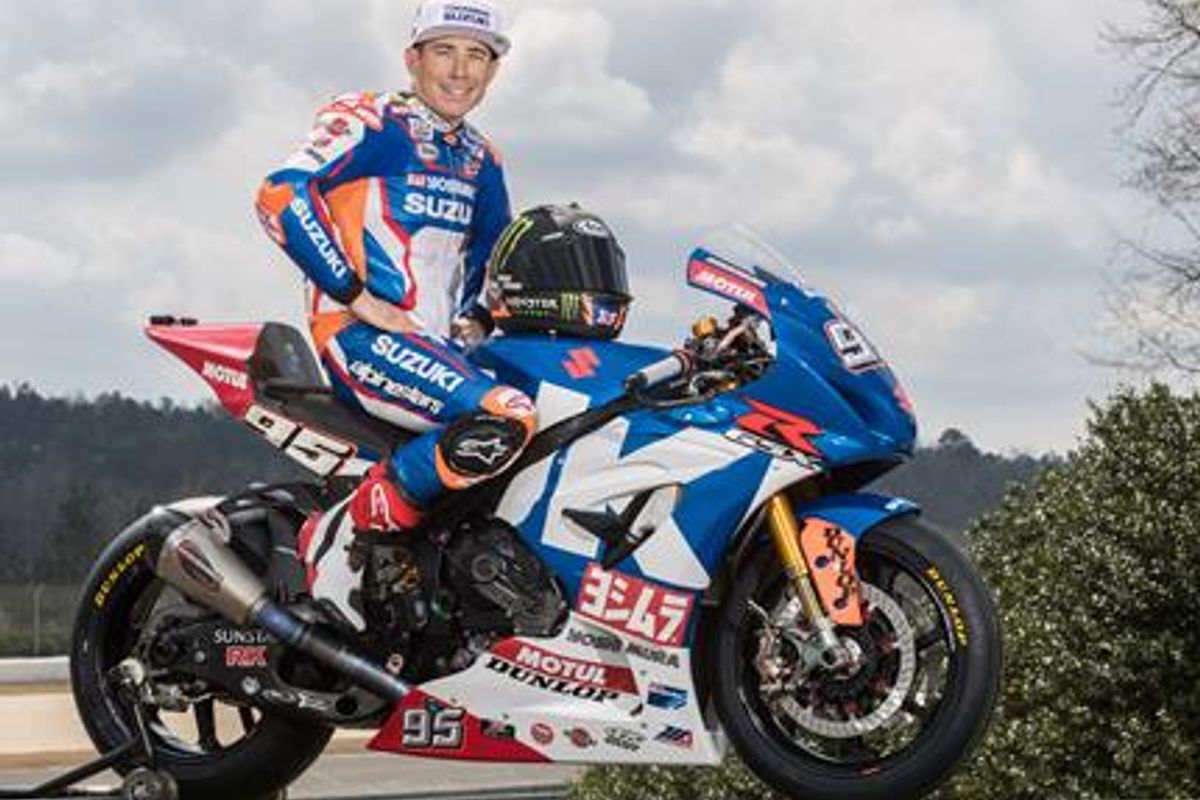 Yoshimura Suzuki Factory Racing’s Roger Hayden has announced his intention of retiring from professional racing at the end of this season.

The former AMA Supersport Champion, the youngest of the world-famous Hayden brothers, has been a leading racer for nearly all of his 20 seasons as a professional.

Suzuki and Hayden are exploring ways he might stay involved in the sport after this part of his career is completed.

“This is not something I’ve decided lightly. I’ve been thinking about this for a while. I’ve been going to races on the weekends since I was nine and I just thought it was the right time to move on to the next chapter in my life. I want to spend more time with my wife and maybe do some travelling and start a family at some point soon.

“Yoshimura and Suzuki have felt like a family to me. Don (Sakakura) and Pat (Alexander) are more like friends to me than a boss. We talk about life, sports, you name it and it’s just been a pleasure to be part of the team. I’ve had some of my greatest success with Yoshimura Suzuki and the entire team has always worked hard at giving me great motorcycles to race.

“I would like to stay involved in racing in some way. I enjoy working with the young riders coming up and we’ll see what the future holds.”

Hayden followed in the footsteps of his older brothers Tommy and Nicky into the professional racing ranks as both flat track and road racers. Like Roger, both Tommy and Nicky spent time racing for Suzuki.

The massive success enjoyed by all three Haydens made them perhaps the best-known brother trio in the history of motorcycle racing. An entire generation of fans grew up watching and rooting for the Hayden brothers. Perhaps the highlight of their career as a racing family, was when Nicky, Tommy and Roger swept the podium at the 2002 Springfield TT AMA Grand National. It marked the first and only time in the long history the AMA Grand National Championship that brothers completed a podium sweep.

Roger grew up in a racing family in Owensboro, Kentucky. Both his father and mother (Earl and Rose) raced as well as his two sisters Kathleen and Jenny. Roger entered his first race at the age of six and was already a nationally-known rider by the time he turned pro in 1999 due to the fact that he’d won a lot of races in the amateur ranks in both flat track and road racing. Roger also earned the prestigious AMA Horizon Award in 1998 when he was just 15.

Roger launched his professional road racing career in 1999 at the age of 16. He showed amazing potential even as a rookie when he scored an impressive fifth-place result in the AMA 750cc Supersport race at Road Atlanta. From there his results continued to grow ever more impressive with each season. He scored his first AMA 750 Superstock podium finish at age 17. His first two seasons racing as a pro road racer were aboard Suzuki GSX-Rs.

In 2006 he was named AMA Superbike Rookie of the Year and then in 2007 he won the AMA Supersport Championship.
In 2011, he returned to the Suzuki camp, racing Superbike for National Guard Jordan Suzuki. In 2012 he scored his first AMA Pro Superbike victory at Homestead-Miami Speedway with the Jordan squad and has been part of Yoshimura Suzuki since 2014. To date his career MotoAmerica/ AMA Superbike win total stands at seven. He is coming off his most successful season of MotoAmerica Superbike racing in a long and successful career. He was title contender much of the 2017 season. Along the way he stood on the rostrum 15 times in the 18-race series, scoring three victories. Hayden secured second in the championship, giving the new Suzuki GSX-R1000 a 1-2 result in the machine’s debut season. In addition, he earned seven Superpoles in 2017 - a season best in the championship.

Besides his success in the American championships, Hayden also enjoyed racing on the world championship level as wildcard rider in MotoGP and Moto2 and as a regular in World Superbike in 2010.

“We are honoured to have Roger as part of the Suzuki racing family,” said Suzuki race support manager Pat Alexander. “He set a standard of excellence and hard work throughout his career and he’s been a great asset for Suzuki. We hope to continue working with Roger into the future.”

Yoshimura Suzuki Racing’s President Don Sakakura is similarly happy with his team’s association with Roger.
“The Yoshimura Suzuki Factory Racing Team has been privileged the past four-and-a-half seasons to work along-side Roger,” Sakakura said. “Our team has evolved over the years as a result of Roger’s competitive dedication, and his racing spirt. 20 seasons of professional road racing is an impressive accomplishment. Equally, I respect Roger for his integrity and his core family values, we’ve all enjoyed the company of the Hayden family for countless years. We all wish Roger the very best as he transitions to his next phase in life. Thanks for the amazing memories Roger!”

Fans will have the opportunity to watch Hayden race and to see him during fan walks in the remaining four rounds of the 2018 MotoAmerica Series. Next up is the Championship of Sonoma (California) at Sonoma Raceway on Aug. 10-12th.