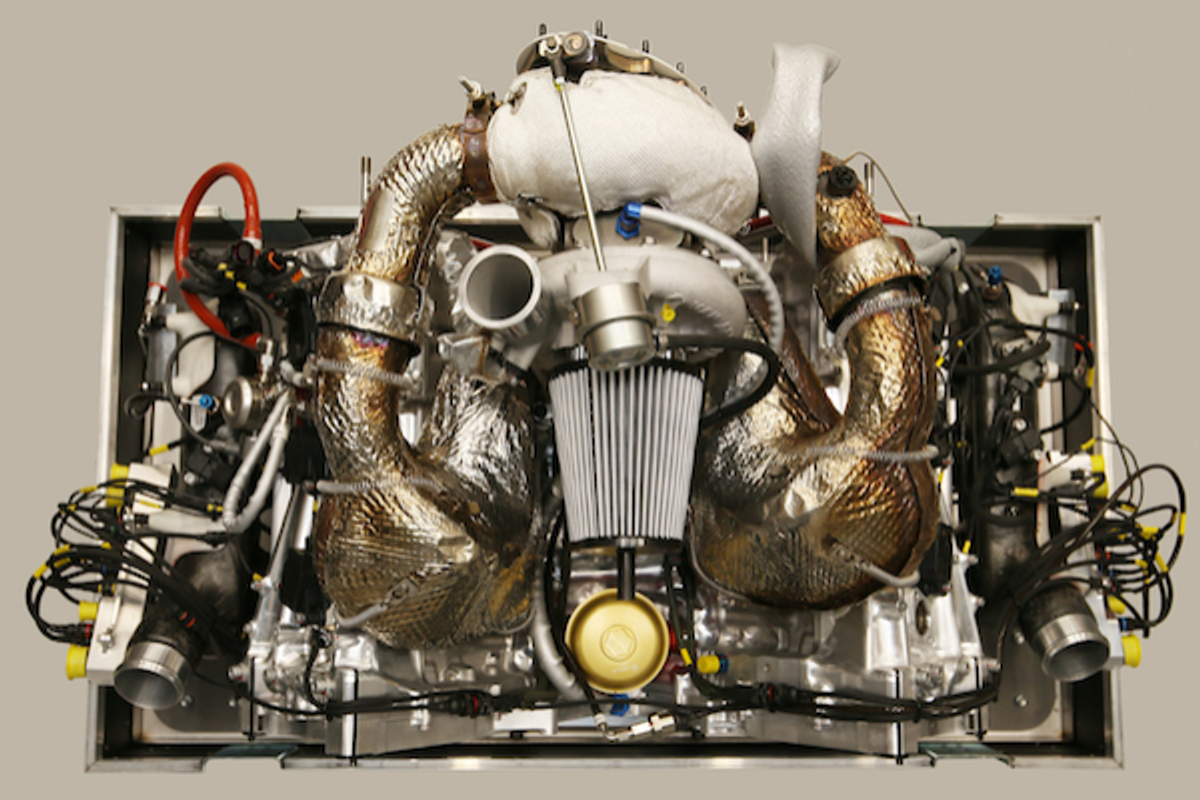 At the beginning of the LMP1 project, Mecachrome and Ginetta had an agreement for the supply of engines for the entire FIA World Endurance Championship Super Season, which included a planned continuous development of the powerplant.

From the beginning, Mecachrome requested a financial commitment as an assurance from Ginetta prior to the signature of any contracts, with the amount being deducted from the overall budget. This deposit would subsequently go towards the engine’s development.

The first specification would be utilised at the Prologue Test, Spa and Le Mans 24 Hours, allowing Mecachrome to gauge their performance level against its competitors. Following Le Mans, the programme would be reviewed, and a second variant of the engine would be potentially utilised post-Le Mans, before a third version on time for Le Mans 2019.

Commercial relations then began to become strained before Spa, where the full WEC Super Season contract with the Manor Team (two cars) was still not signed. The management of Groupe Mecachrome were extremely concerned with financials risks and repercussions, despite initially making a significant investment.

Finally a revised contract between Ginetta and Mecachrome saw the racing programme of the two cars reduced further to just encompass Le Mans.

From a technical perspective, the partnership between Mecachrome Motorsport and Ginetta has always been excellent. Mecachrome Motorsport Director, Bruno Engelric, said: “We worked closely with Ginetta, and we were confident that as two young teams in the WEC, we could achieve highly, though the 2018 portion of the Super Season would certainly be a learning curve.

“Ginetta and Lawrence Tomlinson allowed Mecachrome to launch its LMP1 engine, and were incredibly supportive when the programme was in its infancy, and we would like to thank them for that.

“During our early tests, there were issues on behalf of Mecachrome, but there were also problems not related to the engine, which we worked to solve together. Running less than 3,000km in total with both cars prior to Le Mans was far from ideal, and we did not complete any running longer than two hours without stopping to fine-tune small details on the engine or the chassis side, which is normal for a brand new chassis-engine package.

“On arrival at The Prologue test, we still didn’t have a contract for the WEC season, while the cars could only run thanks to the financial support from Ginetta. The financial issues continued at Spa, and despite being at the venue, Ginetta decided not to qualify or race.

“This lack of running in the build-up to Le Mans meant that we continued to develop the car over the course of Test Day and race week. We had some questions over the performance of the engine when installed in the car compared to its dyno running, but this is crucial information you can only obtain with on-track testing.

“Nevertheless, one car made it to the finish despite a prolonged period in the garage, which cannot be solely attributed to engine issues. The other car was forced to retire with an electrical problem, which was not the fault of the Mecachrome technical race team.

“There were regular complaints over the engine not being powerful enough in comparison to other units on the market, but from day one, Ginetta and Mecachrome had agreed that the main objective was to finish Le Mans with the original engine specification. If we were running with an additional 50 BHP, the end result would have been the same, or possibly worse.

“Reliability has to come first in endurance racing, especially with a brand new package, as you need mileage to understand and develop the engine and the chassis.

“With the recurrent financial uncertainty over the programme, Groupe Mecachrome could not continue the development of the engine without any guarantees; we knew the FIA/ACO engine regulations would certainly be reviewed after the race – as it has been the case – and we wanted to be sure any new investment would make sense on the sporting and financial side.

“From a technical and performance perspective, Mecachrome has delivered on its promised and agreed commitments from day one. The business and financial issues before the Super Season even started did not help the commercial relationship; on the technical side, and despite the lack of testing and running, we have delivered what we committed to.

“We are surprised by Ginetta and Manor’s choice to go with an engine which has been developed for years, yet failed to finish at Le Mans in June. To see the chequered flag in its first participation shows the quality of our work and the potential of the Mecachrome engine.”

Mecachrome Motorsport would like to wish Lawrence Tomlinson, Ewan Baldry and all at Ginetta Cars, as well as Graeme Lowdon and the Manor team the best of luck for the remainder of the FIA World Endurance Championship starting at Fuji.

Mecachrome Motorsport is still fully committed to its LMP1 engine programme, and looks forward to returning to endurance racing in the near future.