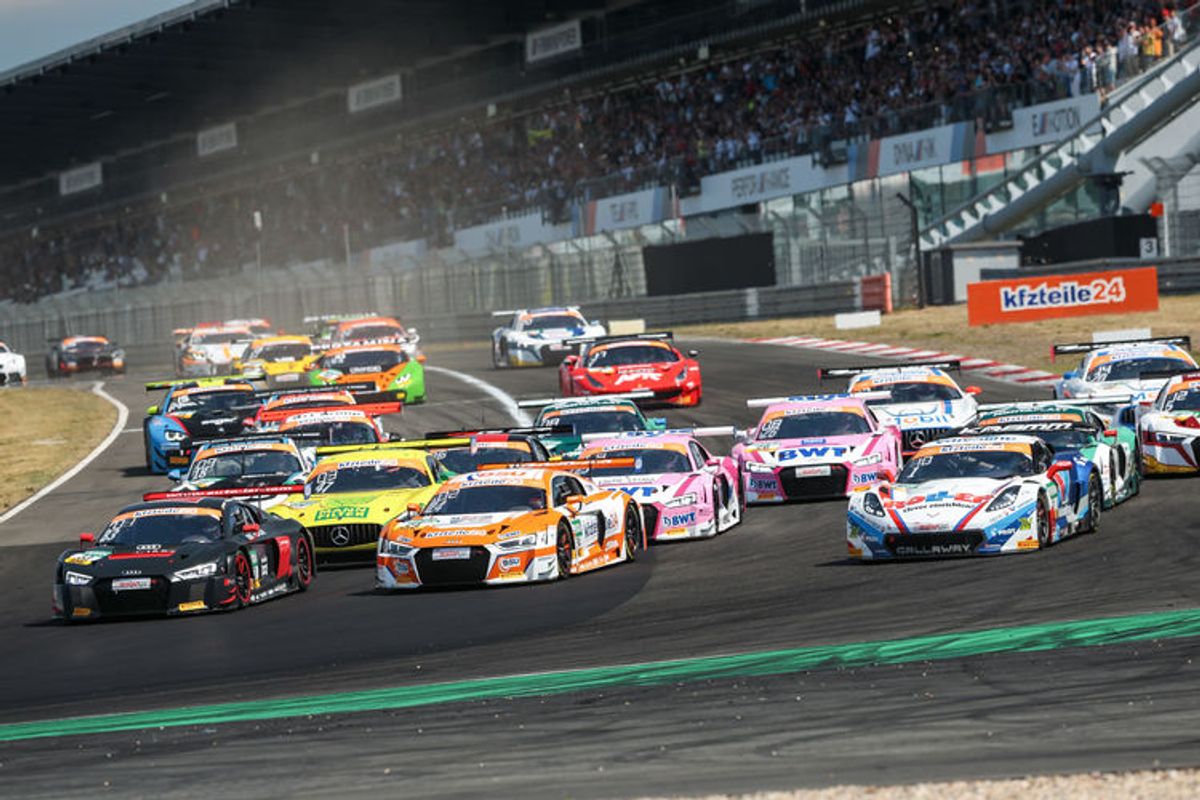 Success in the Eifel: Team I.S.R. celebrated its first victory with the Audi R8 LMS in the ADAC GT Masters. Igor Salaquarda’s Czech squad from Prague delivered a dominant appearance at the Nürburgring. The driver pairing Filip Salaquarda/Frank Stippler had started from pole position and on the fourth race weekend decided round two in its favor with an 11.499-second advantage. In fifth position, the Czech and the German are now the best Audi drivers in the standings. Mike David Ortmann/Markus Winkelhock were a second Audi team to manage the leap onto the podium. The drivers of BWT Mücke Motorsport achieved third place. For the customers of Audi Sport customer racing, this marked the third victory this season following Phoenix Racing’s success in the opening event at Oschersleben and a victory by BWT Mücke Motorsport on the second race weekend at Most.

Two victories in Australia: In the Australian GT Trophy Series, Ryan How in an Audi R8 LMS ultra celebrated two victories. The Australian, on the fourth race weekend at Sydney, won the classification for older vehicle generations in the first two rounds. Two other Audi privateers, Nick Kelly and Matthew Stoupas, captured the remaining podium places in round one. Vincent Muriti, also in an Audi, in round two crossed the finish line in third position. In race three, How saw the black and white checkered flag in second position in front of Stoupas. Nick Kelly is now leading the standings with a 30-point advantage ahead of Rio Nugara, trailed with a deficit of two more points by Matthew Stoupas.

Third place for Geoff Emery: Australian Geoff Emery in an Audi R8 LMS clinched third place in round five of the Australian GT Championship. Last year’s champion achieved the podium finish for Team Valvoline in the second of three races at Sydney. Currently, Emery is ranked in position four of the standings.

Trophy in U.S. club sport: In round four of the American NASA Western Endurance Racing Championship club sport series in the U.S. state of Utah, a customer team clinched a trophy with an Audi R8 LMS GT4. Team Reardon Racing with Jeff Kearl, Hutton McKenna and Vesko Kozarov, following an early puncture, fought back to third position during six hours of racing.

Razor-thin margin in race for the title: In round seven of ten in the IMSA Continental Tire SportsCar Challenge, the Audi drivers at Road America made for suspense galore once again. Following their third victory this season in an Audi RS 3 LMS, Rodrigo Sales/Kuno Wittmer took the lead of the standings with only a two-point advantage. Two teammates from Compass Racing are their closest rivals: Britt Casey jr./Tom Long had to admit defeat by only 1.8 seconds after two hours of racing. Another Audi Sport customer team, Michael Johnson/Stephen Simpson from Team JDC-Miller MotorSports, achieved third place on the podium.

First victory in Croatia: Václav Nimč jr. scored his first victory this season in the FIA CEZ in Croatia. The Czech from Team Krenek Motorsport in an Audi RS 3 LMS won his class in the first sprint at Grobnik. In the second sprint, the up-and-coming driver took his next trophy as the runner-up.

Gap reduced: Niels Langeveld from Team Racing One on the fourth race weekend of the ADAC TCR Germany reduced his gap to the top spot of the standings. In round one at the Nürburgring, the Dutchman in an Audi RS 3 LMS finished in position three. In total, Langeveld reduced his deficit to leader of the standings Harald Proczyk in the Eifel by twelve to only ten points. On the three remaining race weekends, six rounds are still scheduled.