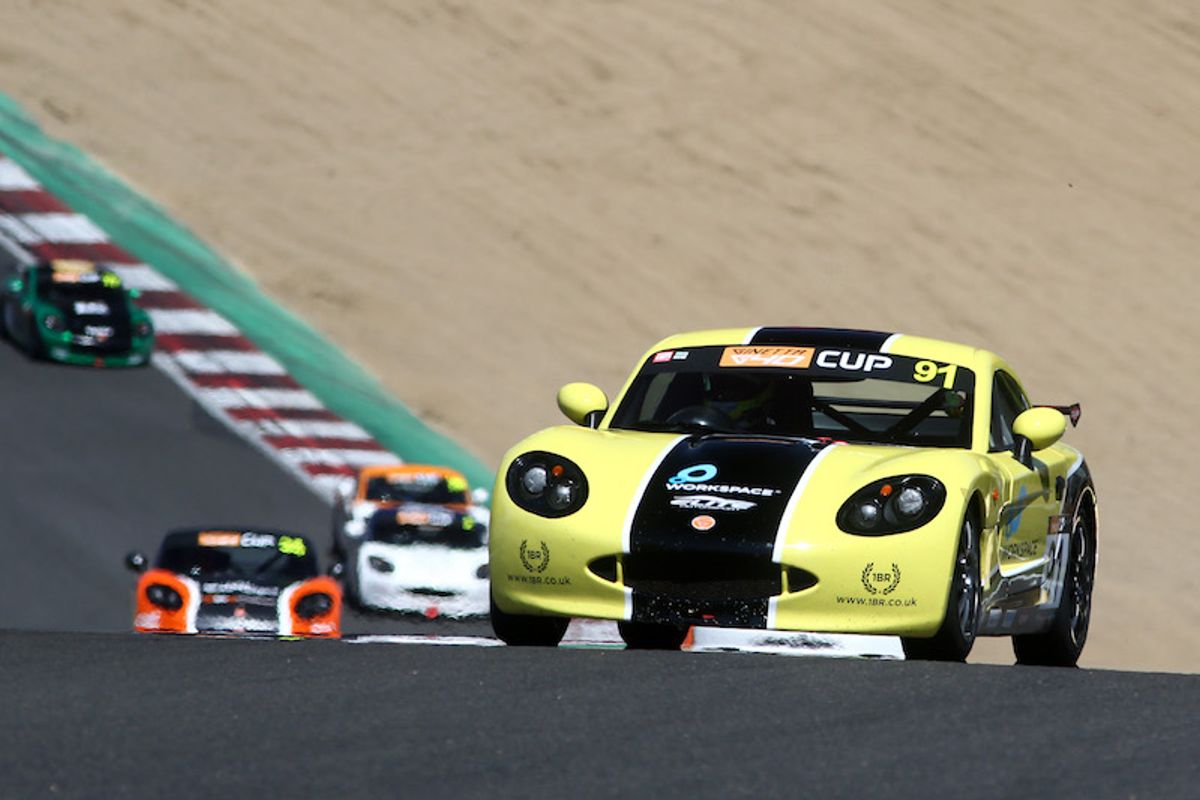 Harry King enjoyed a perfect weekend on track at Brands Hatch after joining the Ginetta G40 Cup grid for the penultimate meeting of the year.

The teenager from Holyport was making his debut in the series with the same Elite Motorsport squad that has carried him to multiple victories in the Michelin Ginetta GT4 Supercup this year.

Back behind the wheel of a car similar to the one he raced during two years in the Ginetta Junior Championship, Harry was the quickest driver on track from the moment the action kicked off on Friday - heading all four sessions during the usual pre-event test on the shorter Brands Hatch Indy layout.

Switching to the longer Grand Prix loop for the race weekend itself, Harry duly stormed to pole position by nearly eight tenths of a second ahead of champion elect Tom Golding.

Although he briefly lost the lead to Golding at the start of the opening race, Harry soon found his way back into top spot with a move up the inside at Surtees and would lead every lap bar one as he picked up victory - posting the fastest lap of the race in the process.

On pole again for race two on Sunday morning as a result, Harry produced a dominant display as he led every lap to take a comfortable win by more than seven seconds, adding fastest lap once again.

A reverse grid meant Harry started the final race of the weekend down in eighth spot but he once again showed his pace as he worked his way through into the lead by the half-way stage.

Once clear of traffic, Harry reeled off the quickest laps of the race to ease away at the front and complete an impressive hat-trick of race wins.

“I’m very pleased with how the weekend unfolded,” he said. “Right from Friday I was comfortable in the car and adapted to the H-pattern gearbox quickly, which is something completely alien to me on a race track.

“Qualifying was beyond my expectations but I knew that the races were going to be far from relaxed. Tom put up a fantastic fight all weekend as we duelled for the win in every race, but in the end I managed to get the gap in each of them and take the victory.

“It was an unforgettable experience and is something I’ll remember for a long time, and the respect of all the other participants and teams made it a very welcoming and enjoyable environment to compete in. I’d like to thank Jamie Hopkins and Elite Motorsport for ‘lending’ me the car for the weekend.”

Harry will now return to action in the Ginetta GT4 Supercup this coming weekend at Rockingham.