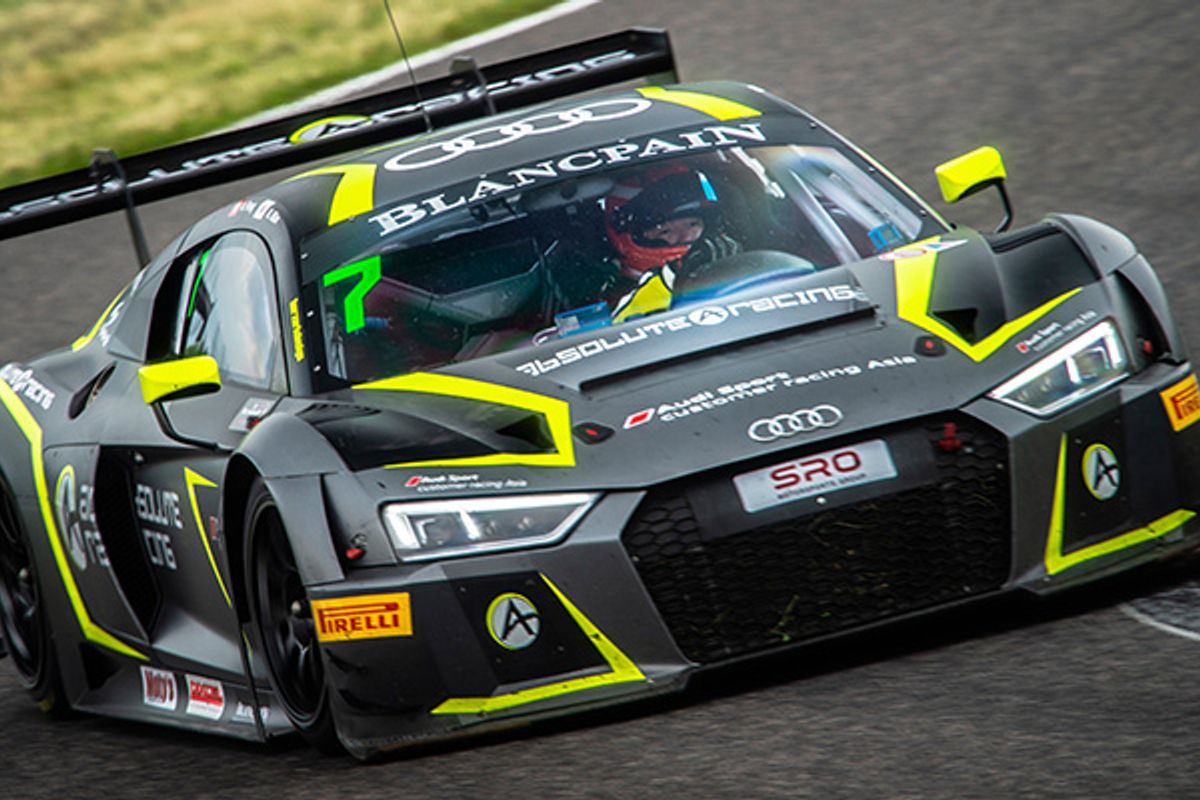 The German manufacturer’s R8 LMS GT3s are entered by three teams representing the breadth of its global customer base. Super GT outfit Audi Team Hitotsuyama is no stranger to Suzuka, while the factory-backed Team WRT and Absolute Racing squads – based in Belgium and China, respectively – can also call on their recent Blancpain GT Series Asia experience at the Formula 1 venue.

With Drivers’ championship leader Robin Frijns unavailable due to DTM commitments, Audi has opted to spread five of its other main contenders across three cars.

Audi is also aiming to defend its advantage in the Manufacturers’ championship, which currently stands at seven points over Mercedes-AMG.

“This is a new challenge for us,” confirmed Head of Audi Sport customer racing, Chris Reinke. “The situation with Robin [Frijns] was clear from the beginning of the season. We distributed our drivers trailing him in the standings to three race cars supported by us in order to make optimum use of our chances. At the same time, we want to extend our lead of the standings in the manufacturers’ classification.”

Audi is one of 13 manufacturers confirmed for the inaugural Suzuka 10 Hours, which replaces the 1000km distance previously used for the circuit’s annual Summer Endurance Race.