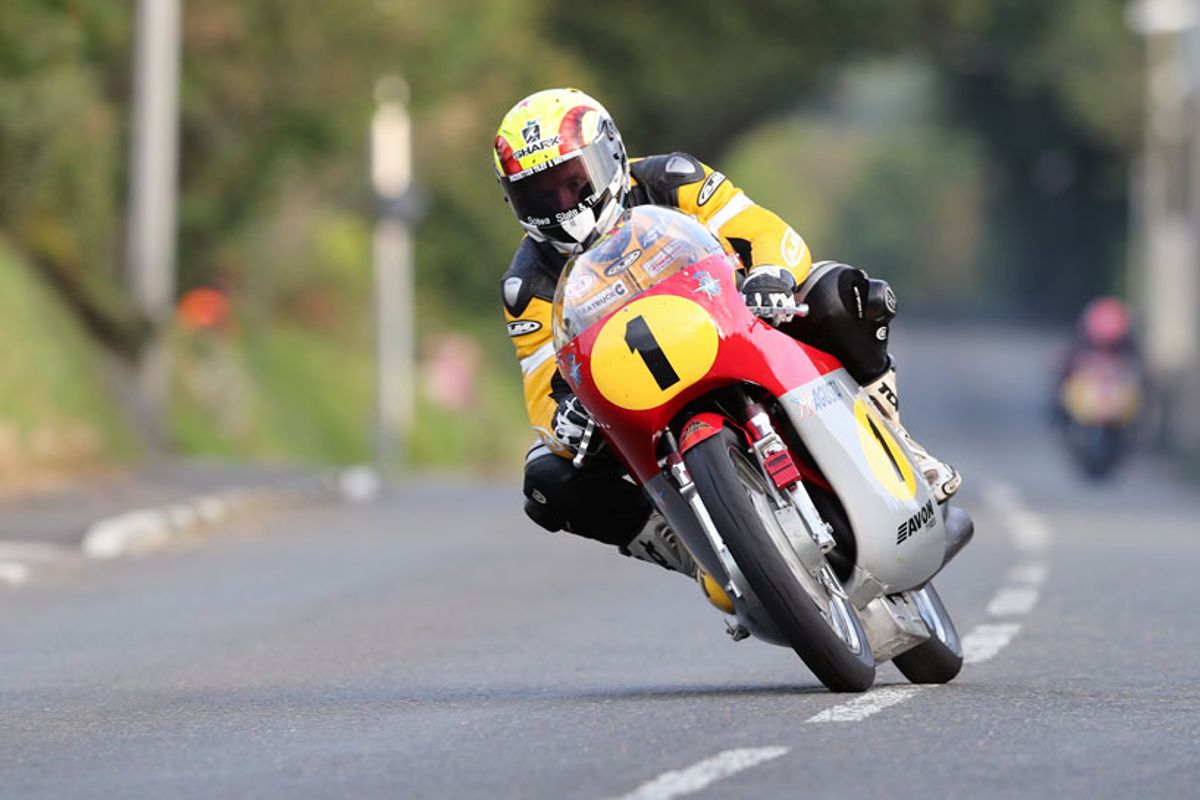 John Chapman Racing will field a strong line up at this year’s Isle of Man Classic TT Races, presented by Bennetts, with Ian Lougher and David Johnson joining the Lincolnshire-based team.

Chapman, a committed MV Agusta enthusiast, first enlisted the services of Lougher for the Senior Classic TT in 2016 and although the Welshman was out of luck in the four-lap race then and again last year, the Italian manufacturer has considerable pedigree in the race with Dean Harrison winning the race in 2015 and finishing second a year later.

Lougher has enjoyed a stellar record since the inaugural Classic TT and took victory in the 2014 Senior Race on a 500cc Paton despite incurring a pit lane speeding penalty. He lapped at 111.523mph and was on course to repeat his victory in 2015 only for another speeding infringement in pit lane which dropped him down the order before battling back to finish second.

Johnson takes over the machines that Ivan Lintin was due to ride before the Lincolnshire rider suffered serious injuries at the Southern 100, from which he is now recovering.

A regular in the Superbike Classic TT Races, where he finished fourth twelve months ago, he will also be making his debut in the Bennetts Senior Classic TT Race. However, he has a strong track record riding similar machines at the Phillip Island Classic Festival.

Chapman’s MV Agustas have been built by Ezio and Maurizio Mascheroni and Enrico Sironi from HRT, the company who made major contributions to MV Agusta’s new 675 F3 Supersport machine. The bike Lougher will ride is a perfect copy of the three-cylinder MV Agusta GP 500 that last contested GPs in 1974. Sironi was a member of the legendary MV Agusta technical team back then and still has copies of the original drawings

HRT have been able to replicate the moulds for the GP’s sand-cast engine, then machine components using the same magnesium and aluminium alloys – as well as the steel components – to the exact dimensional specifications. The bike is impeccable in duplicating the original with the modern Avon tyres just about the only facet of the bike not designed 50 years ago.