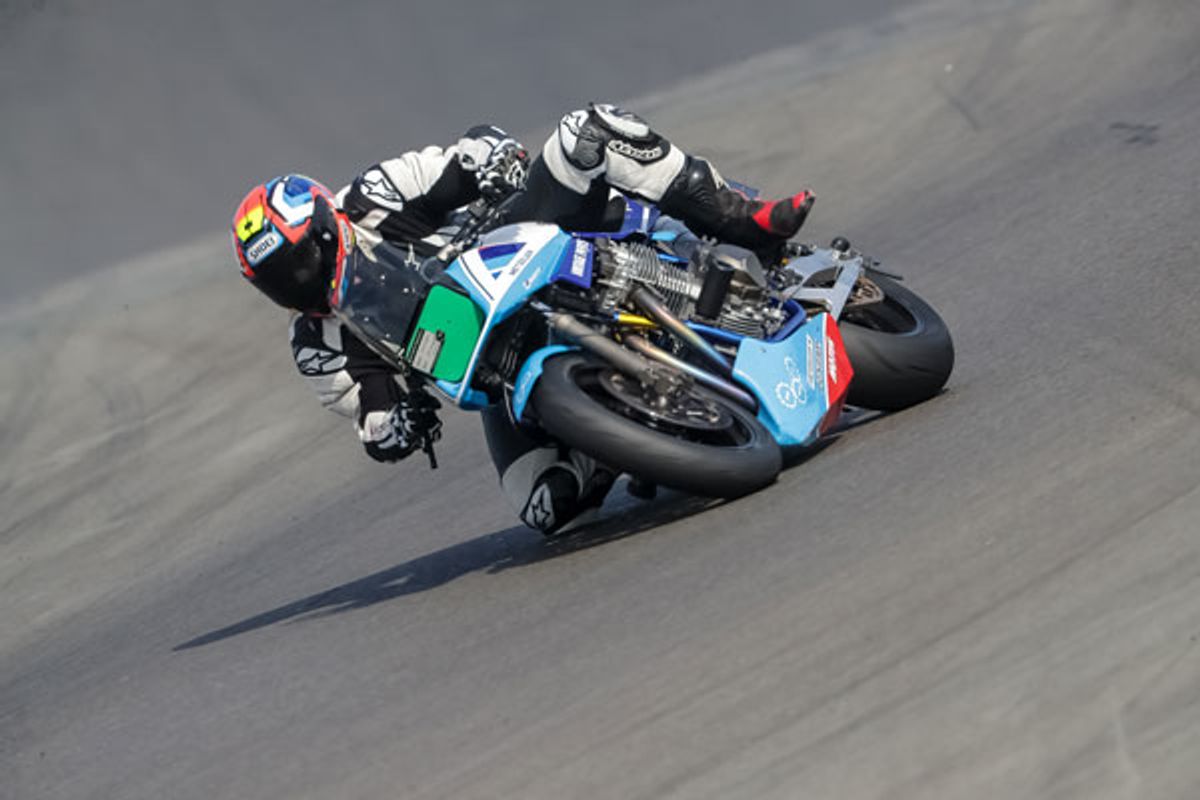 Carl Cox Motorsport is returning to the Isle of Man with Kiwi ‘Newcomer’ Jay Lawrence lining up for the RST Superbike Classic TT Race at the 2018 Classic TT presented by Bennetts on a Suzuki Katana prepared by Team Classic Suzuki.

As big fans of the competitive classic racing scene, Carl Cox Motorsport have supported riders and teams at the Philip Island Classic for several years with a special XR69 and other machines, alongside last season’s foray into the Endurance Legends series. The Katana machine in question also won the Superbike class at the recent Classic Endurance event at Oschersleben with John Reynolds and Pete Boast.

Lawrence travelled over for this year’s TT Races with the team to see supported rider Michael Dunlop in action and take in some acclimatisation laps of the TT Mountain Course on a road bike. The Wellington native debuted in the New Zealand Superbike series this season finishing a creditable sixth in the standings and also chalked up his first Superbike win at the legendary Cemetery Circuit on his Carl Cox supported Suzuki GSXR1000. He also rode a Katana at Sydney Motorsports Park International Festival of Speed taking the overall title, for the second consecutive year.

“I got to see the TT for myself in June and experience about 50 laps with a car and bike for that first bit of circuit directional knowledge. Back home in NZ I love the street circuits and hillclimb events but this is of course a different level! It's been a dream of mine to race at the Mountain so it’s a bit surreal to be just a few weeks away from riding there, today was the first step and I can't wait to get that first lap on closed roads.

The beautiful thing about having my first ride like this is that there's no pressure. To me the TT is a personal challenge not a race and I can’t thank the Carl Cox guys and Team Classic Suzuki enough for giving me this opportunity.”

“Having supported Jay in NZSBK and the Festival of Speed in Australia it seemed natural to help him achieve his dream of riding the Mountain course at the Isle of Man. He’s put in countless hours learning the course and we're proud to have Suzuki GB and team Classic Suzuki working with us to offer Jay this debut opportunity.”