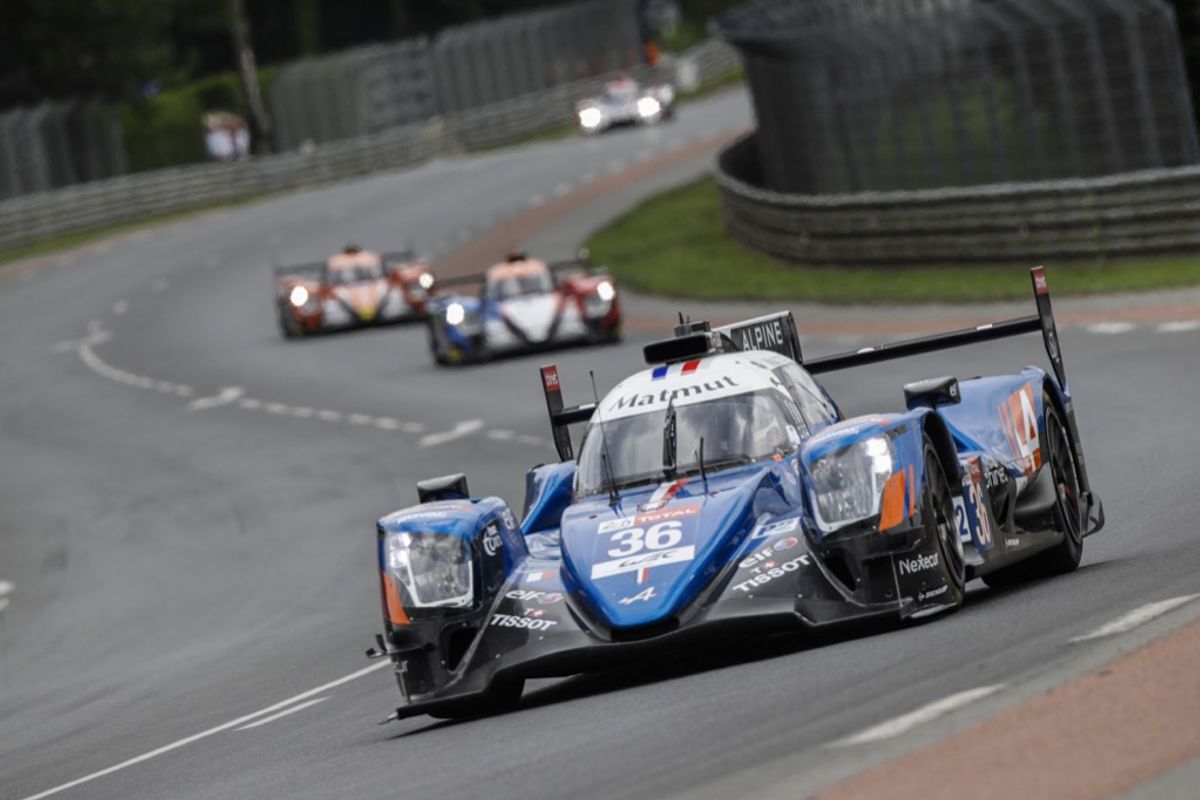 After a two-month hiatus, the FIA World Endurance Championship resumes with the 6 Hours of Silverstone (August 17-19).
The n°36 Signatech Alpine Matmut A470 and its drivers Nicolas Lapierre, André Negrão and Pierre Thiriet come into the weekend as the leaders of the LMP2 category.
36 cars, including 7 LMP2 entries will line up for the start Sunday at noon (local time).

Silverstone is the birthplace of British and international motor racing and will host round three of the 2018-2019 FIA World Endurance Championship Super-Season. This will also be the last European race of this calendar year.

On the podium at Spa-Francorchamps and provisional winner of the 2018 24-Hours of Le Mans, the n°36 Alpine A470 leads the LMP2 general classification and will do its best to maintain this stature on a track that showcases driver talent.

As has been the case since the art of the season, Nicolas Lapierre, André Negrão and Pierre Thiriet will continue to represent the Signatech Alpine Matmut team.

Fourth with the French squad the past two years, Nicolas Lapierre will all the more want to lead the team to the top step of the podium, on which he stood when he won overall in 2014. Winner in the ELMS and co-pole winner of the LMP2 category in the FIA WEC last year, Pierre Thiriet’s experience will also be an asset, as will André Negrão’s, even though this will be his prototype debut at Silverstone.

As is always the case, the trio will be aiming for the category victory before heading to the next round, the 6 Hours of Fuji in October.

It will also be important to keep an eye on the weather throughout the weekend, which is usually very fickle in Northamptonshire! On the 5.901 kilometre circuit northwest of London, free-practice and qualifying will be held on Friday the 17th and Saturday the 18th of August. The race will start at noon, local time on Sunday August 19th.

Quotes
Régis Fricotté, Alpine Sales and Competition Director
“After having scored maximum points in putting in a really good race at Le Mans, Alpine is atop the general classification. This round at legendary Silverstone is an opportunity to increase our lead before we head overseas. Following the Goodwood Festival of Speed in July, this race ideally coincides with our launch calendar in England, where we are completing the development of our dealership network. The feedback from the specialists has been very positive and the Alpine A110 dominated the standings of the 50 cars to purchase in 2018 conducted by Autocar two weeks ago.”

Philippe Sinault, Team principal Signatech Alpine Matmut
“In contrast to previous years, it has been a long layoff with nearly two months passing since the 24-Hours of Le Mans. We have used this time to entirely repackage our Alpine A470 and take it back to a ‘sprint’ configuration, more suited to six-hour races. All of us must remobilize and refocus our efforts in this return to action. Silverstone is only the third round of the calendar and everyone in the team has to disregard the Le Mans result and the process that is ongoing, as its outcome will have no bearing on the championship. We have to concentrate on the world title at Silverstone, which is a circuit where the average speed is in excess of 200kph. We have to get the aerodynamic set-up just right, while also surveying the weather that can change dramatically at Silverstone, even in August. After finishing just off the podium the last two years, the goal will be to prove those results were due to racing incidents that were beyond our control. However, I know the team and I know that they will race for the win. In any case, I feel we are ready for the Battle of Britain!”