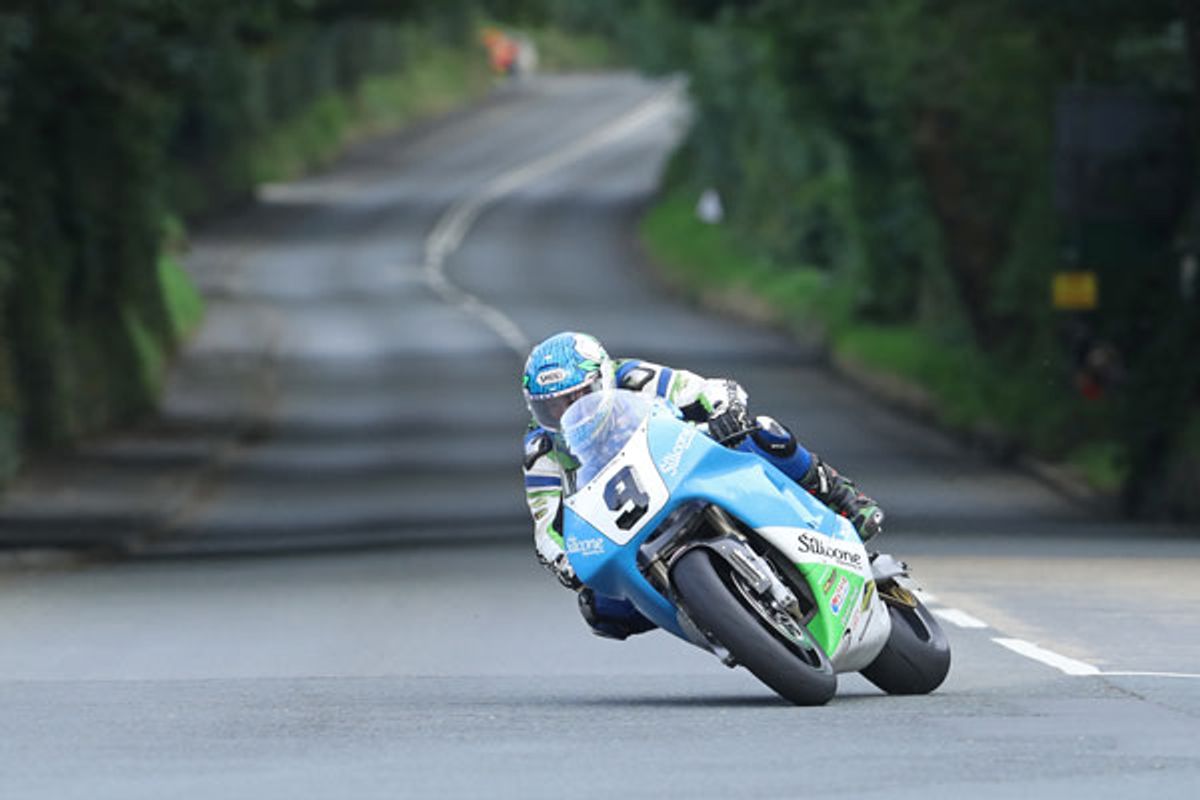 The traditional conclusion to the Classic TT Races presented by Bennetts has seen generation defying feats as outright lap and race records are invariably shattered and this year’s RST Superbike Classic TT Race looks set to continue the tradition.

The TT Mountain Course will play host on the August bank holiday Monday to some of the greatest riders in the TT’s long illustrious history as they belie the perception of Classic Racing and rewrite history over the course of four laps.

Leading the entry is last year’s race winner Dean Harrison who lines up at number two on the Silicone Engineering Kawasaki. Having lapped at more than 127mph twelve months ago, not to mention his performances during this year’s TT, all eyes will be on the Bradford rider.

Horst Saiger, who was forced to miss this year’s TT due to injury, has the honour of setting off at number one this year. The Swiss rider is on board the Greenall Racing Kawasaki again and will be looking to keep Harrison behind him on the road for as long as possible and score a repeat of his 2017 result where he finished a fine third.

Michael Rutter sets off at number four on the same Team Winfield Yamaha that he took to second place in 2016 and is ten seconds ahead of James Hillier who will again be on the Oxford Products/Louigi Moto Ducati.

Team Classic Suzuki have recruited the fast improving Phillip Crowe for the Classic TT and he goes off at number three riding a similar XR69 1100cc Suzuki to the machine on which Michael Dunlop won the corresponding race in 2015 and 2016.

Team York Suzuki pairing Gary Johnson (#7) and David Johnson (#8) will present a big threat while Conor Cummins (#10) is also a major contender on the Padgetts Motorcycles Yamaha given his consistent form this season which included RST Superbike and PokerStars Senior TT podiums.

Jamie Coward (#9) is another potential podium finisher on the Kraus Racing Kawasaki with Josh Brookes (#11) hoping for better fortunes this year on the Wiz Norton Racing machine having been forced to retire last year.

Mistral Racing Kawasaki have an all-new line up for 2018 in the shape of Northern Ireland’s Paul Jordan (#6) and sensational TT newcomer Davey Todd (#12) with Derek Sheils (#14) another rider set to challenge the established order on the second Greenall Racing machine with local rider Andrew Dudgeon (#12) similarly Kawasaki mounted riding for Alasdair Cowan Racing.

Sam West (#15) makes his Classic TT debut on a 750cc Suzuki and he will be followed down Glencrutchery Road by Danny Webb (#16) who switches to the 500cc RG500 Team Classic Suzuki having ridden the 1100cc machine to sixth place in last year’s Race.

Craig Neve (#18) and Michael Evans (#19) will also be on board 750cc Kawasakis with Joey Thompson, another meeting debutante, completing the top twenty on a second Oxford Products/Louigi Moto Ducati.

Talent runs through the field with Rob Hodson (#25), Dominic Herbertson (#27), John Barton (#29) and Michael Russell (#30) all having the potential – and the pedigree – to challenge at the top of the field.

Austrian Julian Trummer (#31) makes his Classic TT debut on the ESS-Group Kawasaki with class regulars David Hewson (#32), David Madsen-Mygdal (#33), Paul Owen (#40) and Ben Wylie (#42) back for another try where they will be joined by - amongst others - Barry Lee Evans (#37), Daniel Sayle (#39), Raul Torras Martinez (#44), Adrian Harrison (#59) and exciting New Zealand newcomer Jay Lawrence,