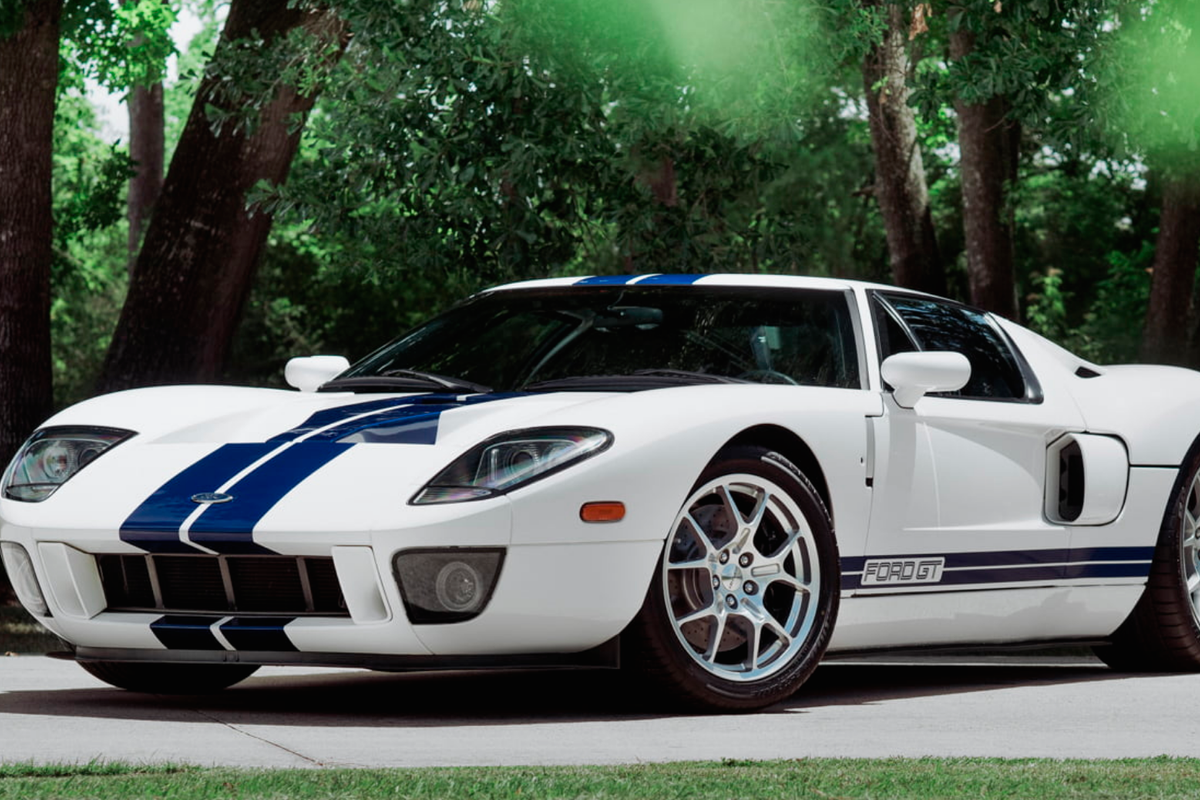 This 2006 Ford GT pays homage to one of the greatest sports-racing prototypes in the history of motorsports: the legendary GT40. The inevitable byproduct of Ford’s failed attempt to purchase Ferrari in the early 1960s, the GT40 put an end to 20 years of international racing dominance by Ferrari, sweeping the 1966 24 Hours of Le Mans, cementing the World Championship and beginning a dry spell for Ferrari in the French classic that continues more than five decades later.

Ford returned to those roots for its 2005 centennial, drawing inspiration from the GT40 for an all-new grand-touring car for the 21st century. It was not Ford’s first attempt at conjuring anew the GT40’s magic, commissioning GT40 designer Roy Lunn to reprise the original even before the engine had cooled on the 1966 Le Mans winner. No fewer than eight more concepts appeared over the years, but with the company’s centennial on the horizon, Ford management finally approved a design by Camilo Pardo, the head of Ford's "Living Legends" studio, that perfectly captured the GT40’s style and presence. The key to Pardo’s, and Ford’s, success was simple; they acknowledged that the GT40 was a timeless design, and that the new car needed to be perceived not as a replacement, but a reissue.