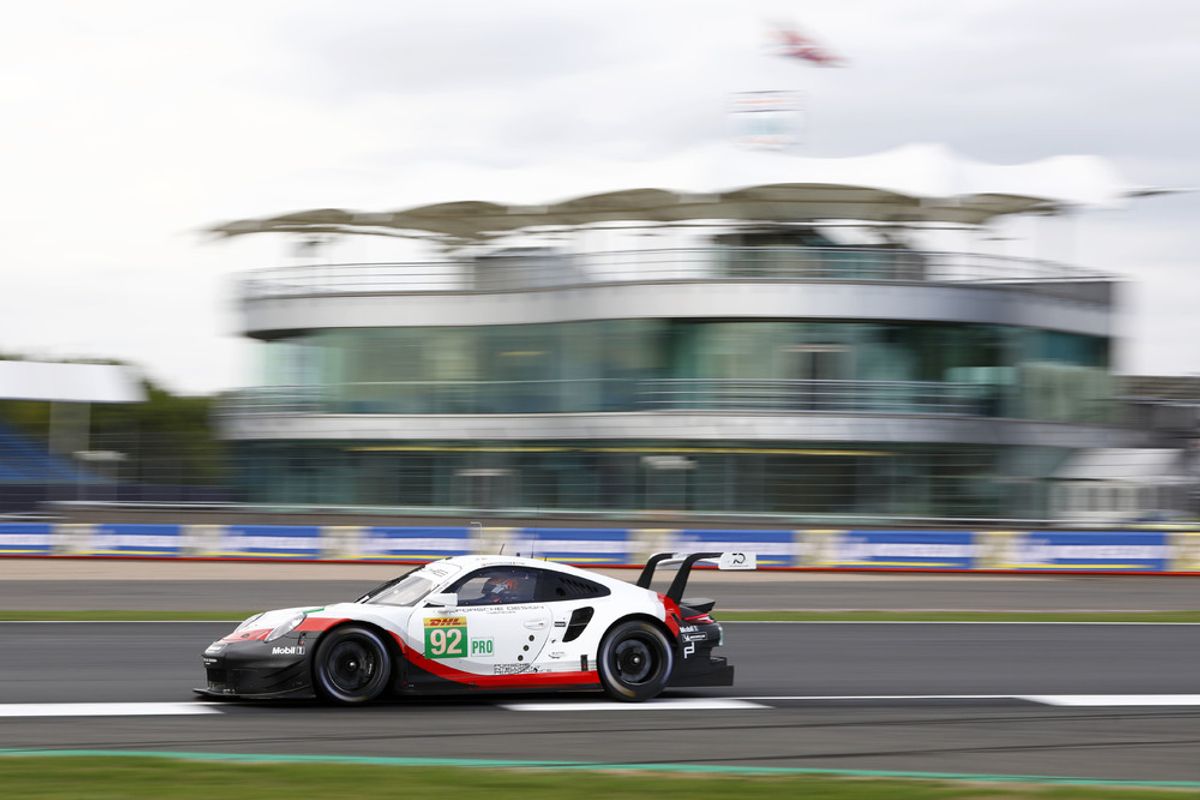 At the qualifying for round three of the FIA WEC sports car championship in Silverstone/Great Britain, both Porsche 911 RSR secured the fifth and tenth grid spots in the GTE-Pro category. Under cloudy skies and in temperatures of around 20 degrees Celsius, Kevin Estre (F) and Michael Christensen (DK) were just 0.719 seconds off the polesitter in the 510 hp 911 with the starting number 92. The #91 sister car on tenth position is shared by Richard Lietz (A) and Gianmaria Bruni (I). After clinching a double victory at the 24 Hours of Le Mans, Porsche takes up the six-hour race on Sunday as the leader of the drivers’ and manufacturers’ classification.

Dr Frank-Steffen Walliser (Vice President Motorsport and GT Cars): “As expected, it was a difficult qualifying session for us. We’re satisfied with P5 for the number 92 car, it’s what we expected. With our other vehicle we have to see why we didn’t manage to turn better laps. I’m thrilled about positions one and two for our customer teams in the GTE-Am category.”

Gianmaria Bruni (Porsche 911 RSR #91): “This qualifying session was really difficult for us. We had problems getting the front tyres up to temperature and we couldn’t really turn a fast lap. Still, tomorrow is another day and we’ll do everything we can to get further up the field.”

Richard Lietz (Porsche 911 RSR #91): “That was definitely not our best qualifying. In the first lap the grip was still okay, but then the tyre temperature dropped and we lost grip. Unfortunately this meant we couldn’t do anything more. Now we just have to cross our fingers for the race.”

Kévin Estre (Porsche 911 RSR #92): “I’m really pleased with the qualifying. Michael drove a great lap. I encountered a lot of traffic on my first lap, but I still pushed hard and unfortunately made a mistake. In the second lap I didn’t have the grip I needed for a better lap time.”

Michael Christensen (Porsche 911 RSR #92): “I’m happy with the qualifying. My lap was okay. The car was well balanced and felt good. For this reason I’m heading into Sunday’s race feeling optimistic.”

Jörg Bergmeister (Porsche 911 RSR #56): “This is a fantastic result for us, of course. Egidio did a great job during his stint. My lap was okay, as well. I probably made a more conservative tyre choice compared to the others but I think it’ll pay off in the race.”

Matt Campbell (Porsche 911 RSR #77): “Unfortunately my first lap wasn’t very good because I made mistakes. Luckily I did better in my second lap and you can see this in the time. We have a great position for the race, which we’re now fully focussing on.”

Matteo Cairoli (Porsche 911 RSR #88): “We’re not yet completely happy with our setup. Fifth on the grid is not the best starting position for the race. I’d have liked to start further up the grid. Of course we’ll push hard in the race to try and make up positions.”