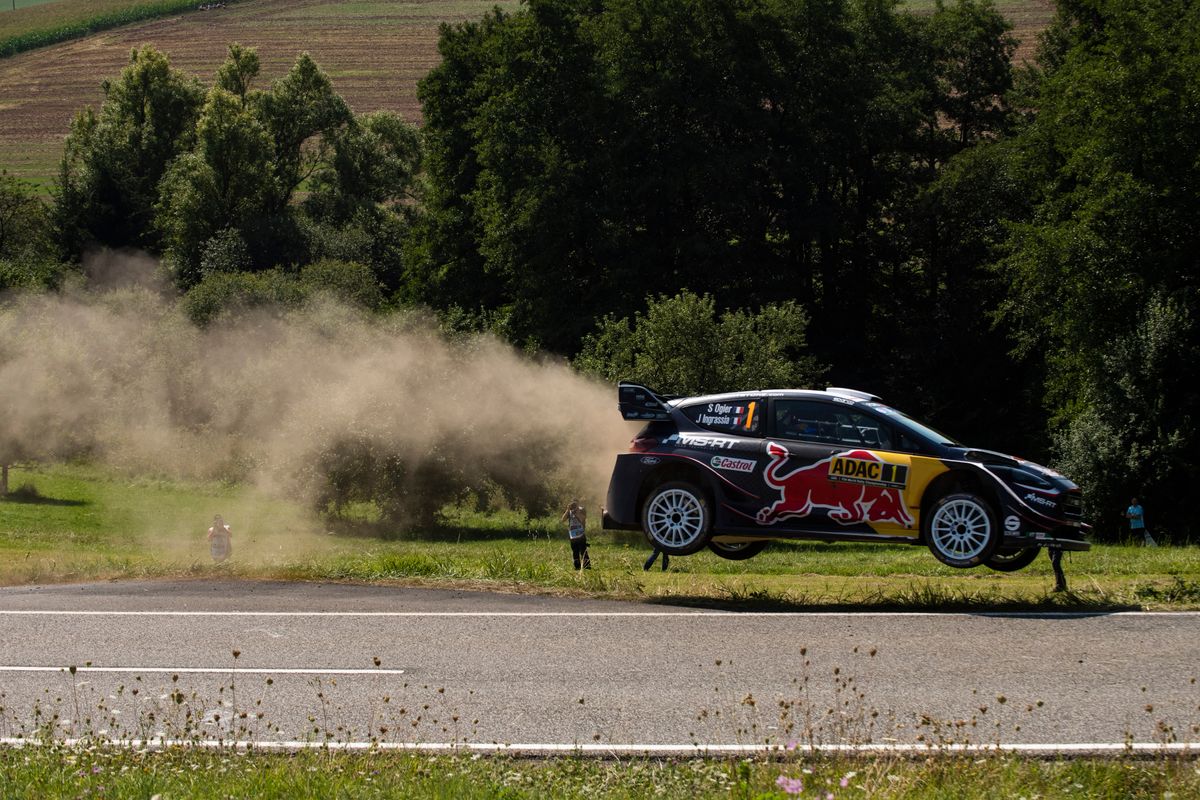 Tänak starts Sunday’s final leg with a 43.7sec advantage in his Toyota Yaris, while Sébastien Ogier was left to wonder on the significance Saturday afternoon would have on his quest for a sixth consecutive world title.

The pair traded seconds in this morning’s four speed tests over Baumholder’s dusty tank training roads and Saarland’s country lanes, Tänak, who is aiming for a second consecutive victory, eking out his lead by 1.8sec to 14.3sec.

Ogier trimmed half a second off his deficit before hitting a rock in the second pass through the marathon Panzerplatte military road test. He stopped to replace his Ford Fiesta’s damaged front wheel, conceding more than 1min 40sec to the Estonian.

In contrast to Friday’s dominance, Tänak failed to win any of the eight speed tests, covering 150km, but was in a strong position to add to last month’s victory in Finland.

“It was a mega fight today with Seb. We were pushing really hard and I wasn’t feeling too comfortable in the first loop. It was a very tough morning,” he said.

“I knew it would be completely different to yesterday, there was a lot that was new to me that I had to adjust to and we had too much understeer.”

Ogier plunged to ninth and his 21-point deficit to championship leader Thierry Neuville appeared to be a widening chasm with the Belgian lying fourth. He recovered to seventh over the final two tests.

“I pushed as much as I can. Now it’s full risk because I have nothing to lose any more. It’s disappointing and at this moment you just want to cry. We put in a lot of effort this weekend but don’t have the benefit of it,” said Ogier.

Dani Sordo and Jari-Matti Latvala were split by 0.8sec in a fierce fight for second. Sordo won three of the military road stages in his Hyundai i20, while Yaris pilot Latvala had the edge on the country lanes. He won two tests.

Neuville struggled for pace in his i20. His team reinstalled the differential and gearbox that was replaced yesterday after an oil leak, but Neuville never found a comfortable rhythm as the championship battle played on his mind. He ended 8.0sec behind Latvala.

Esapekka Lappi was fifth in another Yaris, 6.3sec further back.