Rebellion win as Toyota disqualified from 6h of Silverstone WEC 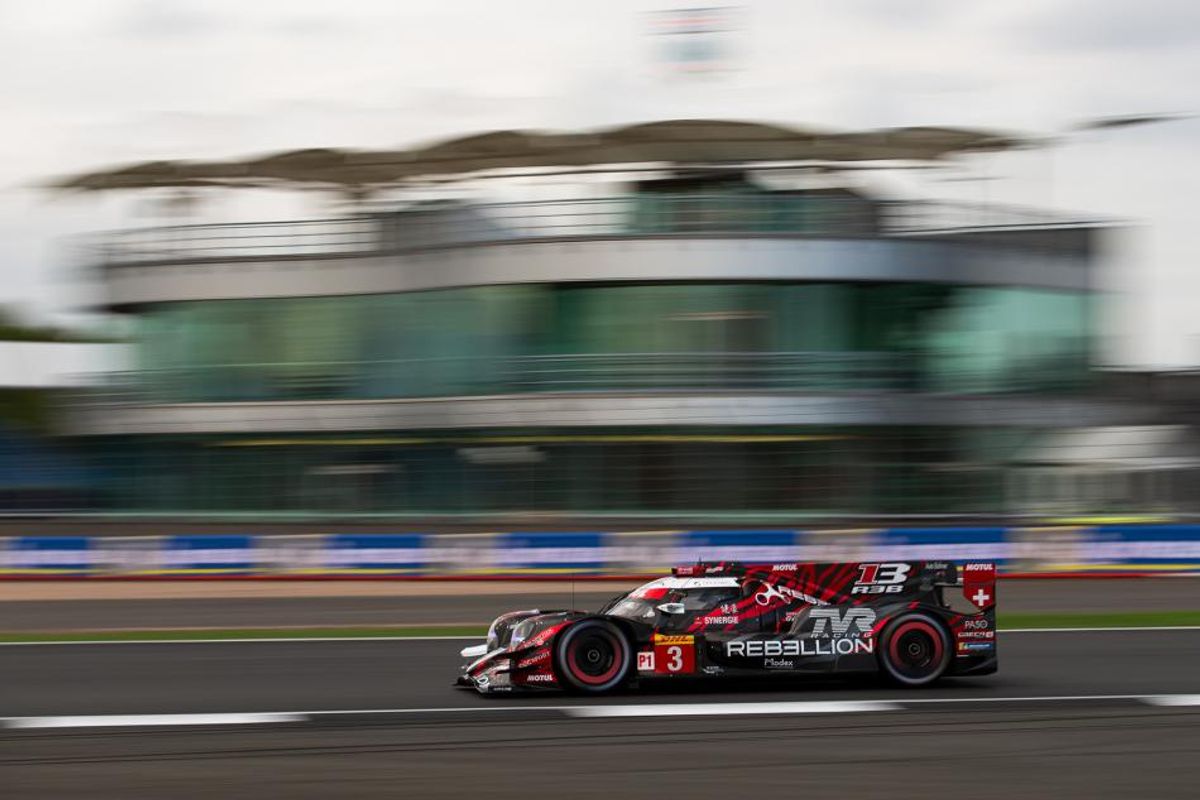 The no8 Toyota Gazoo Racing TS050 Hybrid took the chequered flag at the end of a thrilling 6 Hours of Silverstone.  The no7 Toyota of Mike Conway, Kamui Kobayashi and Jose-Maria Lopez finished second after leading for a large part of the race, however a damage floor affected the pace in the final hour of the race.

However in post race scrutineering the two TS050s were found to not comply with the technical regulations pertaining to the skid block under each car.  The no8 Toyota’s skid block was found to deflect under the specified 2500N load by 9mm, 4mm more than the permitted maximum of 5mm.  The no7 Toyota’s skid block deflected by 6mm on the right hand side and 8mm on the left.  Stewards Decisions no25 and no26 were issued disqualifying the two cars from the race result.

The two Rebellion R13-Gibsons finished as the top non hybrid competitor, the no3 R13 of Gustavo Menezes, Mathias Beche and Thomas Laurent claiming the final podium position after a late unscheduled pitstop for the no1 car.  However due to the disqualification of the two Toyotas, the no3 Rebellion was promoted to the race win.

The no1 Rebellion Racing R13 of Neel Jani and Andre Lotterer finished second, with the no17 SMP Racing BR01 of Stephane Sarrazin and  Egor Orudzhev classified third.

Jenson Button didn’t get to race in his home race in front of the British fans after the no11 SMP Racing BR1-AER retired after 45 minutes, Mikhail Aleshin climbing out of the cockpit.

Toyota Gazoo Racing has lodged an appeal against decisions no25 and no26, so the amended result of the 6 Hours of Silverstone will remain provisional until the appeal has been heard.

There was a dramatic battle in the LMGTE Pro category, with reigning World Champions James Calado and Alessandro Pier Guidi getting their title defense back on track with their first podium of the season.  The Anglo-Italian duo finished 12 seconds ahead of the no92 Porsche 911 of Gianmaria Bruni and Richard Lietz, with the no67 Ford GT of Andy Priaulx and Harry Tincknell taking the final podium position after an intense battle with the no92 Porsche in the final minutes of the race.

However there was post race drama when the no91 Porsche was disqualified following scrutineering.  The ground clearance of the 911 was measured at 48mm, the required minimum is 50mm.  Stewards Decision no24 disqualified the no91 Porsche from the results with the no67 Ford moving up to second and the no92 Porsche to third in the final classifications.  Porsche have not lodged an appeal against the decision to exclude the no91 Porsche.

The LMP2 battle concluded with a 1-2 for the Jackie Chan DC Racing team with the no38 Oreca of Ho-Pin Tung finishing just over a second ahead of teammate Jazeman Jaafar in the no37 car.  The podium ws completed by the no36 Signatech Alpine A470, which finished two laps behind the victorious Jackie Chan Orecas.

The no77 Dempsey-Proton Racing Porsche crossed the line at the head of the LMGTE Am category, 46 seconds ahead of the no90 TF Sport Aston Martin with the no56 Team Project 1 Porsche snatching the final podium position with Jorg Bergmeister passing Pedro Lamy in the no98 Aston Martin Vantage on the final lap.

The next race will be the 6 Hours of Fuji on Sunday 14 October in Japan.