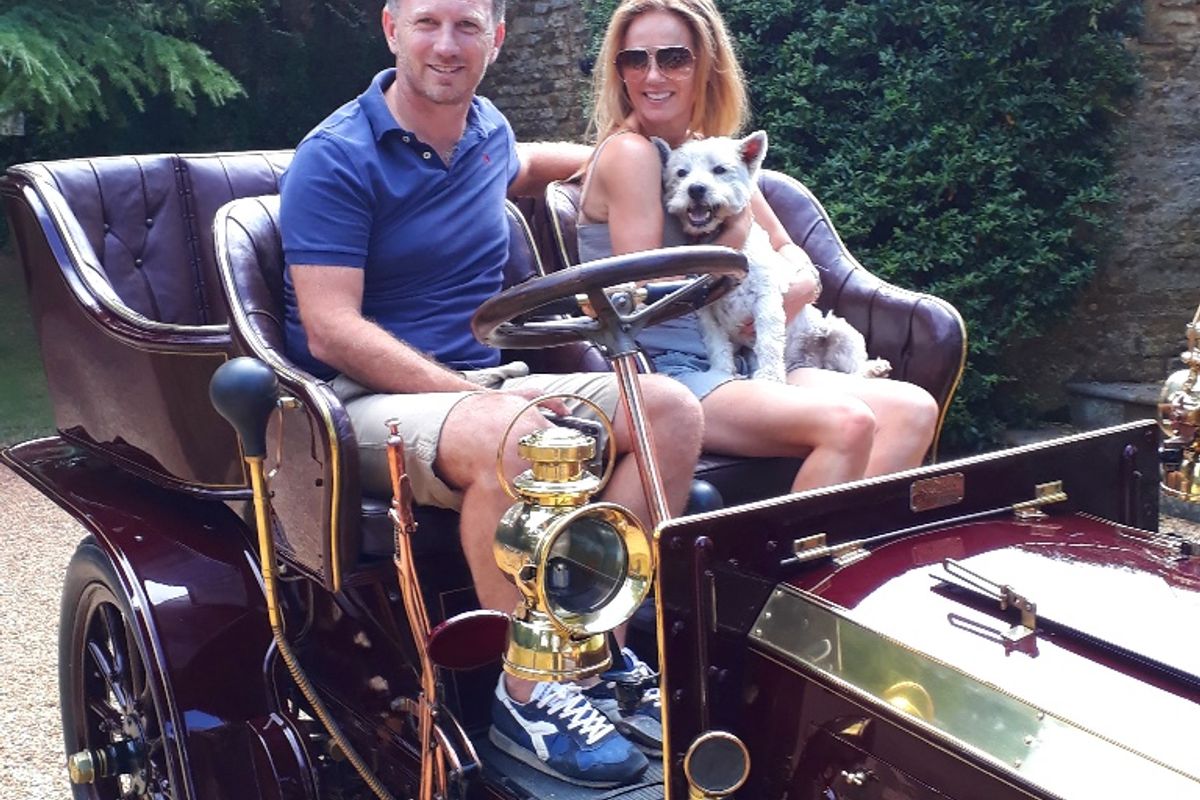 Now Christian and Geri Horner are joining the world’s longest-running, motoring event. Christian is Team Principal of the hugely successful Red Bull Racing Formula 1 team while his singer-songwriter wife Geri, became internationally famous as a member of the Spice Girls, the most successful girl group in pop music history.

The couple will share Lord (Irvine) Laidlaw’s 1904 Panhard-Levassor for this year’s run from Hyde Park to the Sussex seafront. Co-driver Christian, Geri and the family dog recently enjoyed a successful outing aboard the 15 horsepower tonneau-bodied machine.

“We had a terrific test drive,” reported a delighted Christian. “The car was a lot of fun and relatively lively once you’d mastered the basics. We’re now really looking forward to taking part in the Run in November – even if it’s cold and wet that won’t dampen our enthusiasm.”

Christian and Geri Horner will not be the first to share the drive with Lord Laidlaw. Four years ago Olympic and America’s Cup sailing legend, Sir Ben Ainslie, swapped wind power for horse power aboard the pioneering Panhard for a successful journey from capital to coast.

Full information on the Bonhams London to Brighton Veteran Car Run supported by Hiscox – including full details of how to enter or spectate – can be found on the official website: www.veterancarrun.com.

As in recent years, the Veteran Car Run provides a fitting grand finale to the Royal Automobile Club’s busy London Motor Week – a week in which the celebrated Club presents an array of functions and events, a highlight being the free-to-view Regent Street Motor Show, now held annually on the Saturday immediately before the Run.

The renowned auctioneer Bonhams will host a special Veteran Car Run sale on the preceding Friday afternoon with an exciting selection of veteran cars and related memorabilia coming under the hammer.