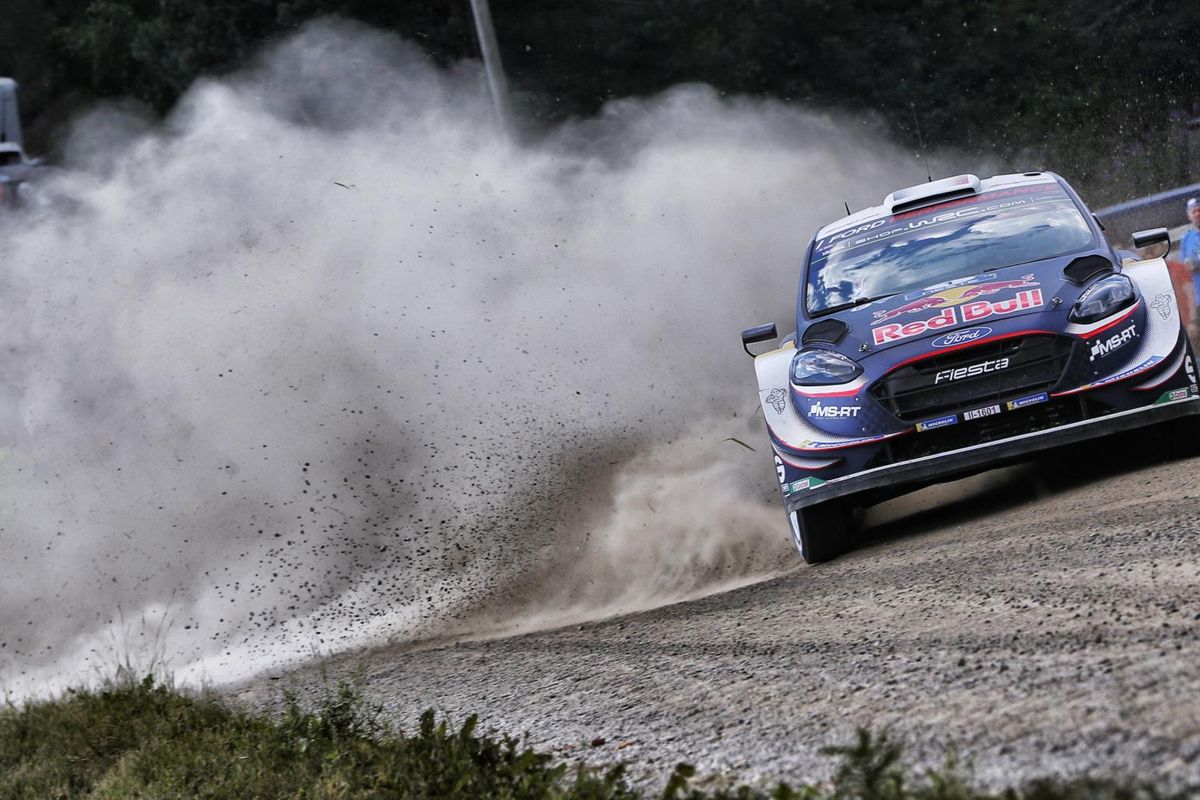 The dramatic battle for this year’s FIA World Rally Championship has reached fever pitch as the series heads for a spectacular showdown in the legendary Welsh forests.

With Estonian ace Ott Tänak scoring back-to-back wins in Finland and yesterday (Sunday) in Germany, a titanic three-way tussle is in prospect when the WRC arrives on these shores next month for Dayinsure Wales Rally GB (4-7 October).

Thanks to his two stirring victories, the fast-finishing Tänak has set up a rousing finale to the 2018 WRC, closing to within 36 points of series leader Thierry Neuville and 13 of second-placed Sébastien Ogier with four rounds remaining.

Hostilities are resumed next month in Turkey before the teams come to Wales. Spain and Australia then host the final two showdowns of this fiercely-fought campaign.

Underlining the intensity of the title race, Neuville, Ogier and Tänak each have racked up three wins and, with 120 points still on offer, all four remaining rounds are going to prove pivotal in the destination of the coveted crown.

“With the title race reaching a crescendo, next month’s Dayinsure Wales Rally GB is going to be real cracker,” predicted Ben Taylor, managing director of the UK’s annual round of the FIA World Rally Championship. “We’ve got the most fan-friendly route for years with so many great places to watch the action and now there’s the added prospect of a stunning shoot-out for this year’s world championship title. It’s a fantastic spectacle that no one will want to miss.”

As well as the promise of great high-speed entertainment, tickets for the 2018 Dayinsure Wales Rally GB – an event memorably won last year by local hero Elfyn Evans – offer great value for money. When purchased in advance, adult admission starts at just £15 for the Thursday evening curtain-raiser at Tir Prince Raceway with the premium four-day event pass remaining at £99 for the ninth successive year.

For those buying now online, Day Passes for Friday and Saturday cost £28.00 with Sunday’s Day Pass priced even more attractively at £23.00. These passes not only give access to all speed tests on that day but also include all booking fees, a copy of the Official Programme (cover price £9) plus car parking on a ‘first come, first-served’ basis.