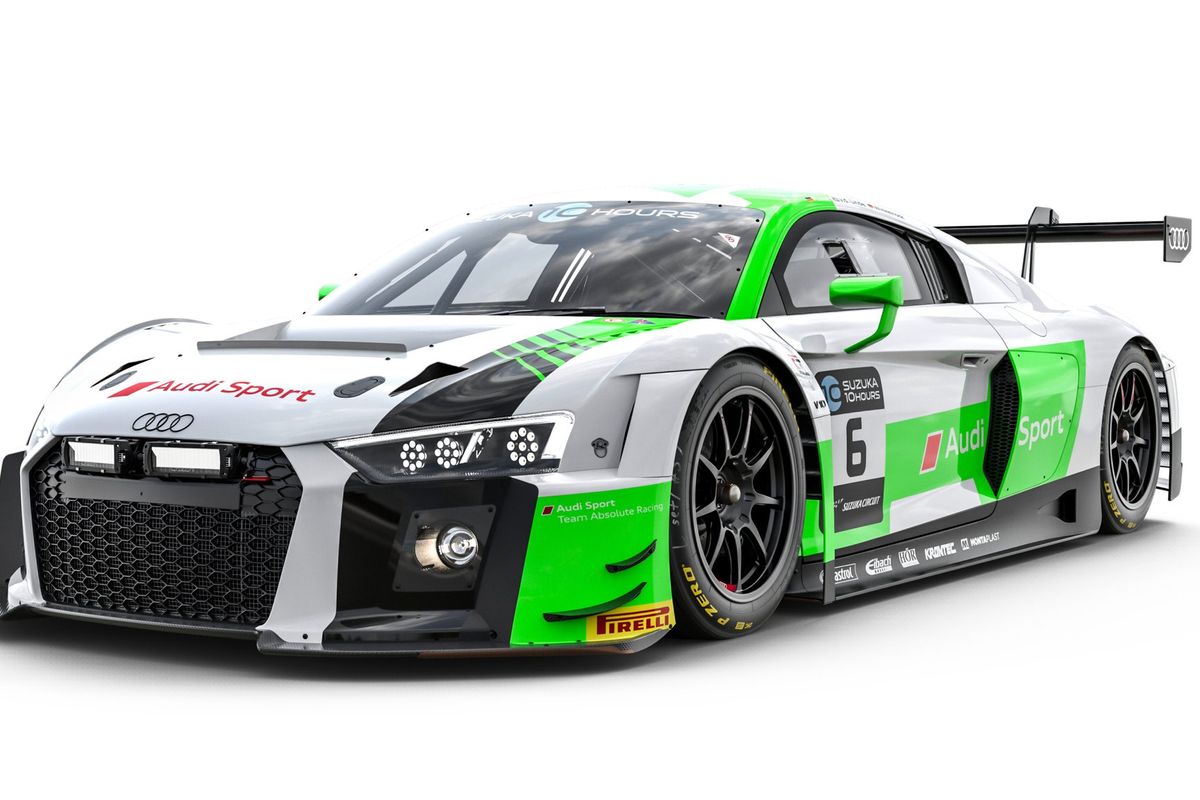 Absolute Racing is all set for one of the biggest challenges on the GT calendar, the 10-hour race at the sensational Suzuka circuit in Japan (24/25 August), the third round of the 2018 Intercontinental GT Challenge.

A Pro/Am privateer Audi R8 LMS from Absolute Racing completes the lineup. The two Chinese Sun Jingzu and Congfu Cheng, who was a Blancpain GT Series Asia race winner with Absolute Racing at Suzuka earlier this year, as well as Adderly Fong from Hong Kong have been determined as #13 Absolute Racing drivers.

In endurance racing terms, the 10 hours of Suzuka is the blue riband event of the Asian endurance season.  Japan’s most prestigious long-distance event has featured several formats and championships since its debut in 1966. However, this year’s race will be the longest in its history, with drivers racing into the sunset and finishing after dusk following Sunday’s mid-morning start.

The build-up to the big race started on Wednesday (22 August) with technical scrutineering. On Thursday the cars will take part in a spectacular parade into the centre of Suzuka town centre for an autograph session and drivers’ briefing.

Ingo Matter (Absolute Racing, Team Director): “The whole team is looking forward to return to endurance racing. That is an opportunity to race on the global stage against teams from all over the world. We feel very honoured to carry the Audi Sport name for the first time, and we will take it with a great sense of responsibility. The entry list shows a very strong competition in both Pro and Pro-Am class, but we are eager to show that a fairly new team from China can take on the challenge of competing with the best worldwide.”

Michael Schneider (Absolute Racing, Team Manager): “We are looking forward to a great challenge ahead. The best drivers and teams are battling for points in the International GT Challenge, and we are very proud that Audi Sport entrusted us one of its driver line-ups! But this also comes with a great responsibility. However we have prepared very well for this event. Not only we are the first Chinese team that will enter an Audi Sport customer racing supported car, we will also run the first all-Chinese team and drivers line-up in the Pro/Am class with Sun Jingzu, Congfu Cheng and Adderly Fong. It will be a tough fight, but we are ready to take it on!”

Adderly Fong (#13 Absolute Racing Audi R8 LMS): “I’m really looking forward to doing the first Suzuka 10 hours. It shall be a quite interesting drive, ten hours around Suzuka.  It was good we had one round of the Blancpain GT Series Asia here so we have more an idea about the Pirelli tires and the Audi R8 LMS combination will be like in Suzuka. We have to build up on that. We will mostly focus on getting Jiangzu on speed as Franky and I have the experience.”

Congfu Cheng (#13 Absolute Racing Audi R8 LMS): “I am very much looking forward to the race in Suzuka, specially to drive together with Jingzu and Adderly. I believe we have a quite strong line up in the Pro/Am category. I’ve experienced good races here. I won in the Audi Sport R8 LMS Cup and qualified pole-position. This year I won one of the races in the Blancpain GT Series Asia. I’m optimistic for the weekend and with big expectations, aiming to finish top three in the Pro/Am category. With some luck we might have a shot at first place.”

TV Broadcast
All 10 hours will be streamed live across Europe and the Asia-Pacific region exclusively on Eurosport Player, while North American viewers can watch the same live coverage via Motor Trend on Demand. Eurosport 2 will also broadcast the race’s final 90 minutes live at 11:30 CET.
Elsewhere, the race will be streamed in full and as-live on Intercontinental GT Challenge’s Facebook page and SRO’s GT World Youtube channel after the chequered flag.