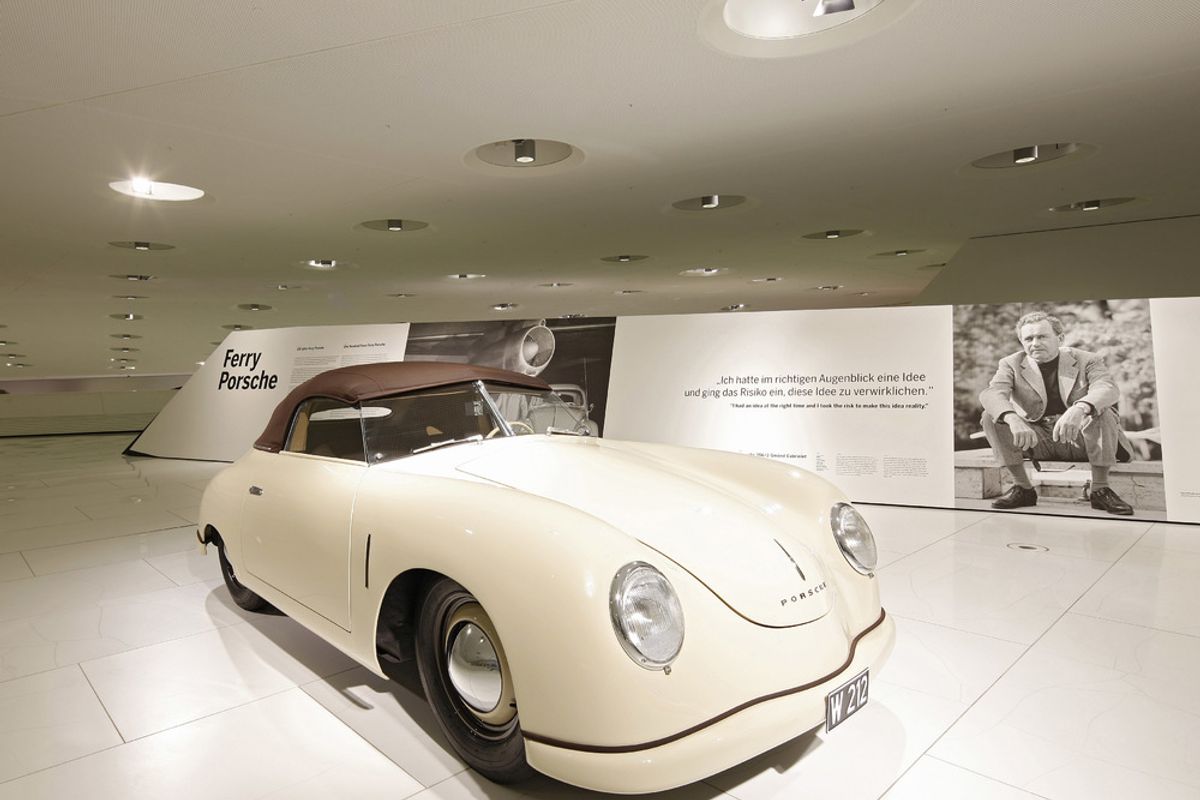 Porsche Club Great Britain will host a festival event at Brands Hatch race circuit in Kent on 2 September, featuring racing, displays and demonstrations of both classic and contemporary Porsche sports cars that will bring to life the fascinating story of the iconic German marque in its 70th year.

Organised by circuit owner MSV in association with Porsche Club Great Britain and supported by Porsche Cars GB, the Brands Hatch Festival of Porsche will be the Club’s premier national event for 2018. In addition to a variety of on-track action, the venue is expected to be surrounded by all types and ages of Porsche, from examples of the 356 that started the Porsche legend on the road to success in 1948, to the very latest Le Mans-winning 919 Hybrid Evo LMP1 sports car racing prototype.

The Brands Hatch Festival of Porsche coincides with the 70th anniversary of the first Porsche sports car built in 1948, and the seven decades of achievements on road and track will be celebrated as part of the festivities.

This span of accomplishments will be bookended by the 1949 ‘Keibl Gmund’ 356 from the Porsche Museum in Stuttgart and the 2018 919 Hybrid Evo race car, which this year set lap records around the Spa-Francorchamps circuit in Belgium driven by Neel Jani (CH), and the formidable Nürburging-Nordschleife in Germany with Timo Bernhard (D) at the wheel.

At the Festival of Porsche, the 919 Hybrid Evo will be demonstrated by British Porsche factory driver, and 2015 Le Mans winner, Nick Tandy.

919 Hybrid Evo
Porsche withdrew from the top LMP1 class in the World Endurance Championship at the end of 2017 following three straight titles and a hat-trick of wins in the 24 Hours of Le Mans, and the 919 Hybrid Evo was created as a special tribute to these achievements.

To prepare the record car, the base was the 2017 World Championship chassis. On top came developments that were prepared for the 2018 WEC, but never raced. Additionally, several aerodynamic modifications were made, although the entire hardware of the powertrain remained untouched.

In a benchmark example of downsizing, the 919 is powered by a compact two-litre turbocharged V4-cylinder engine, supported by two different energy recovery systems – brake energy from the front axle combined with exhaust energy. The combustion engine drives the rear axle while the electro motor boosts the front axle to accelerate the car with four-wheel drive. At the same time it recuperates energy from the exhaust system that otherwise would pass unused in to the atmosphere. The electrical energy that comes from the front brakes and the exhaust system is temporarily stored in a liquid-cooled lithium ion battery. The power equivalent of this energy is expressed in megajoules.

The amount of energy from the two recovery systems that could be used in Spa 2017 was 6.37 megajoule. This was by far below the potential of the system. On his record lap this year, Neel Jani enjoyed a full boost of 8.49 megajoule – the e-machine’s output increased by ten per cent from 400 to 440 hp. Porsche tyre development partner Michelin developed new compounds to deliver the necessary grip to complement the increase in power, with no compromise on safety.

The new larger aerodynamic front diffuser now balances the new and very large rear wing, both of which have actively controlled drag reduction systems. The hydraulically operated systems trim the trailing edge of the front diffuser and opens up the slot between the rear wing main plane and the flap respectively in order increase the aerodynamic efficiency of the Evo. Underneath the Evo, the turning vanes and floor have been optimised with fixed height side skirts to increase the aerodynamic performance again as efficiently as possible. In total the aero modifications resulted in 53 per cent higher downforce and an increase in efficiency by 66 per cent (compared to the 2017 Spa WEC qualifying).

To help further expand the performance envelope, the super-fast Evo gained a four-wheel brake-by-wire system to provide additional yaw control. Furthermore, the power steering was adapted for the higher loads and stronger suspension wishbones (front and rear) were implemented.

Compared to the car in race trim, the dry weight was reduced by 39 kilograms to 849 kilograms. To achieve this, everything has been removed which isn’t needed for a single fast lap: air-conditioning, windscreen wiper, several sensors, electronic devices from race control, lights systems and the pneumatic jack system.

Porsche Museum legends join the display
Supporting the 919 Hybrid Evo at Brands Hatch will be an endurance racing theme, in keeping with the English circuit’s tradition as the venue for many memorable sports car racing battles. The Porsche Museum will be showcasing a number of its jewels from the world-renowned exhibition in Stuttgart. The evocative ‘Gulf’ liveried Porsche 917 – which finished third in the 1971 BOAC 1000 km race at Brands Hatch driven by Derek Bell and Jo Siffert - and the 1998 911 GT1 – winner of the 1998 Le Mans 24 Hours - will line-up in a pit garage display, alongside further iconic racers.

In addition, the 959 Paris Dakar rally car – named after the 13,800 kilometre, all-terrain Rallye-Raid through Africa it was developed to win – will represent the breadth of ability of the 911 and the achievements in motorsport it has achieved.

In addition to famous cars, a number of Porsche personalities will also take an active part in the event. Leading the on-track action will be Porsche Le Mans winners Nick Tandy and Derek Bell, MBE, and also current Porsche Carrera Cup GB Junior Dan Harper who will demonstrate the latest 911 GT3 Cup race car. Joining the fun will be enthusiasts well-known for their love of Porsche, including Magnus Walker who will be sharing his passion for the marque with fans.

To celebrate this milestone, Porsche Centres across the UK network have been locating and restoring ‘Type 986’ Boxster S models. The Centres not only had to restore the cars, but also prepare them to race in a dedicated three-round, Restoracing Championship of which the Festival will be the finale.

In keeping with the Porsche motorsport tradition, the colour-schemes are of extra significance as each car features bespoke paintwork reminiscent of classic Porsche race cars, such as the red and white ‘Salzburg’ livery of the 1970 Le Mans winning 917, or the light-hearted ‘Pink Pig’ identity of 1971.

The first generation Boxster is now included within the Porsche Classic programme, which offers over 50,000 original equipment parts to support our older models. The ‘Type 986’ Boxster is an important car in Porsche history, and for many is their first step in ownership. This race series gives Porsche Centres the opportunity to demonstrate their skill, knowledge and passion for Porsche – and Porsche Classic in particular.

Race fans will enjoy a full on-track programme at the Festival on 2 September including the Porsche Club Championship, Porsche Club Speed Championship and a Four-cylinder Challenge for Transaxle models. There will also be a live stage within the Porsche Club marquee, and extra off-track attractions including trade stands, a fun fair and live music.
The on-track schedule of racing starts at 10:00 until 18:00. Further details and ticket information can be found via brandshatch.msv.com/BH-18-Porsche