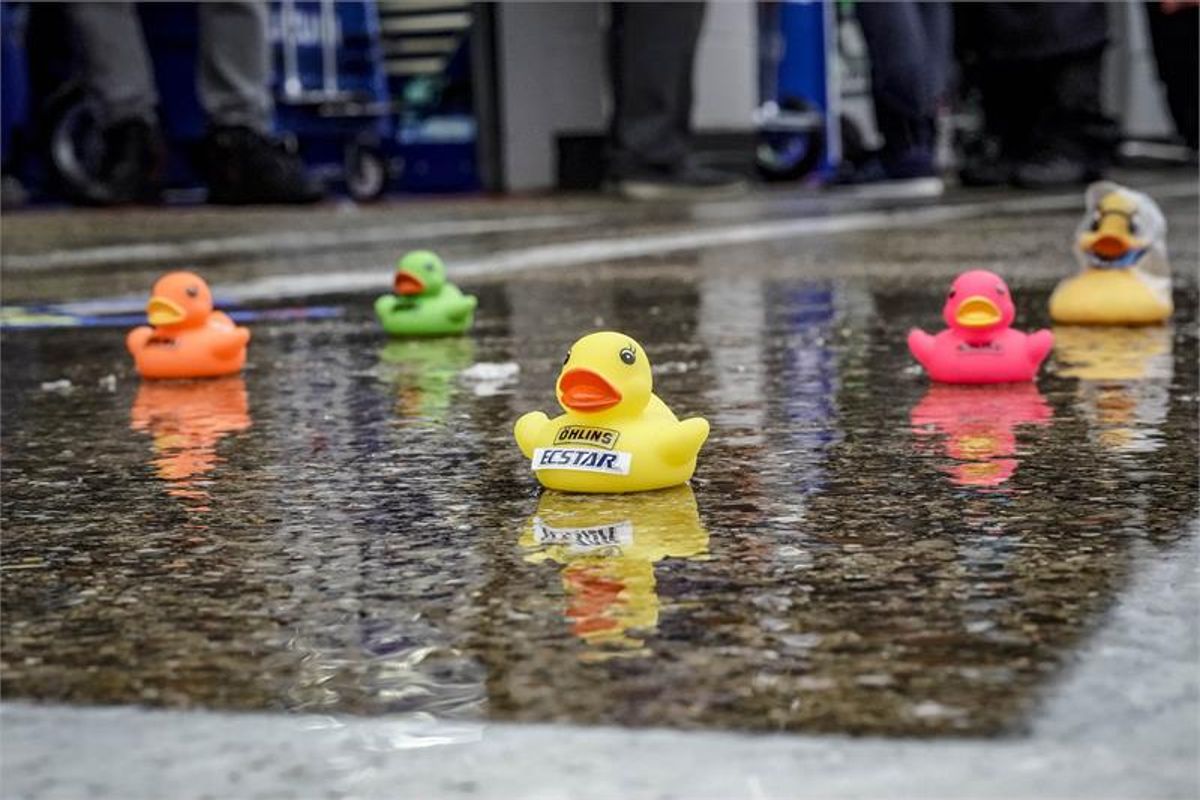 The twelfth round of the 2018 MotoGP season, held at Silverstone Circuit, was cancelled after extreme weather conditions left the track unsafe to ride.

After lengthy delays, the decision was finally made to cancel the 2018 GoPro British Grand Prix at Silverstone with the heavy rain failing to drain from the track surface, with the premier class riders and Race Direction deeming it unsafe for any races to take place on Sunday.

“It was obvious the track conditions weren’t safe. After a consultation with the riders we delayed the start to see if conditions would improve,” said Race Director Mike Webb. “We have reached the point where even though the rain is getting less, the circuit is still not in a condition where we can safely run races. So, we’ve taken the very difficult and regrettable decision to cancel.”

The MotoGP™ Race Director, along with Loris Capirossi and Franco Uncini explain the reasons for cancelling the races

Webb continued, saying the decision is directly down the track surface, having raced in similar Silverstone conditions before in recent years: “We’ve had a number of years here in very wet conditions recently with the old surface and been able to run races. This year, with the new surface, it’s the first time we’ve encountered quite so much standing water in critical places on the track,” he explained. “Yes, it’s a direct result of the track surface, I must say from the circuit point of view, the staff have done an unbelievable effort over the whole weekend, not just today, but an enormous effort to make the track safe. Until the last minute that was still working but unfortunately, we couldn’t battle nature.”

Webb was then asked what discussions will be taking place with Silverstone in order to stop this from happening again, with the question raised as to whether Silverstone can host a MotoGP™ race if this is to happen in the future: “We obviously want to have a British GP, the climate of the area means we’ve got to expect rain and the surface has to be able to handle it. They’ve done an enormous job over this weekend to try and improve things, which they have, but the nature of the surface means we’ve reached this point.”

Grand Prix Safety Officer Franco Uncini shed some more light on the situation, revealing Silverstone are looking for an investigation to take place to reveal the exact cause of the issues faced this weekend: “We had a discussion yesterday (Saturday) about the improvement of the asphalt. They are looking for an investigation that will take around six weeks, to let us know what really was the problem. We will wait to see the outcome… but for sure they will need a new asphalt.”

Uncini continues, saying when he originally came to view the new asphalt, it was in very good condition. So when did the surface deteriorate? “It was confirmed by Cal Crutchlow, who did a test on a bike one month later, he said it was perfect. But then, we discovered during the Formula One that the circuit was bumpy. So, it was a degrade from March to July. That was the situation of the tarmac, I don’t know what happened, they (Silverstone) will make a deep study.”

MotoGP™ Safety Advisor Loris Capirossi explained how the riders came to the decision in a meeting with IRTA: “We did a meeting today to understand the idea of the riders and they saw already that when we tried to start the race the first time, they said the standing water on the track is a lot everywhere.

“This is why we postponed the race. Me and Franco made a lot of checks every half an hour to see if the situation was better but always, even with very little rain, didn’t improve. This is why we spoke with the riders and they said for sure it isn’t the right time to do the race today, the track conditions were really dangerous, especially for aquaplaning… this is why we decide all together, but especially the riders, the surface problem (was too much) and we decided to not race.”

In the light of some riders apparently not turning up to the meeting, Capirossi added: “We were missing a couple of riders, the decision was nearly unanimous from the riders to say the conditions were unsafe to do the race. Sure, we say to everybody to come, a couple of riders don’t come but their decisions don’t come… we listened to all the riders there.”