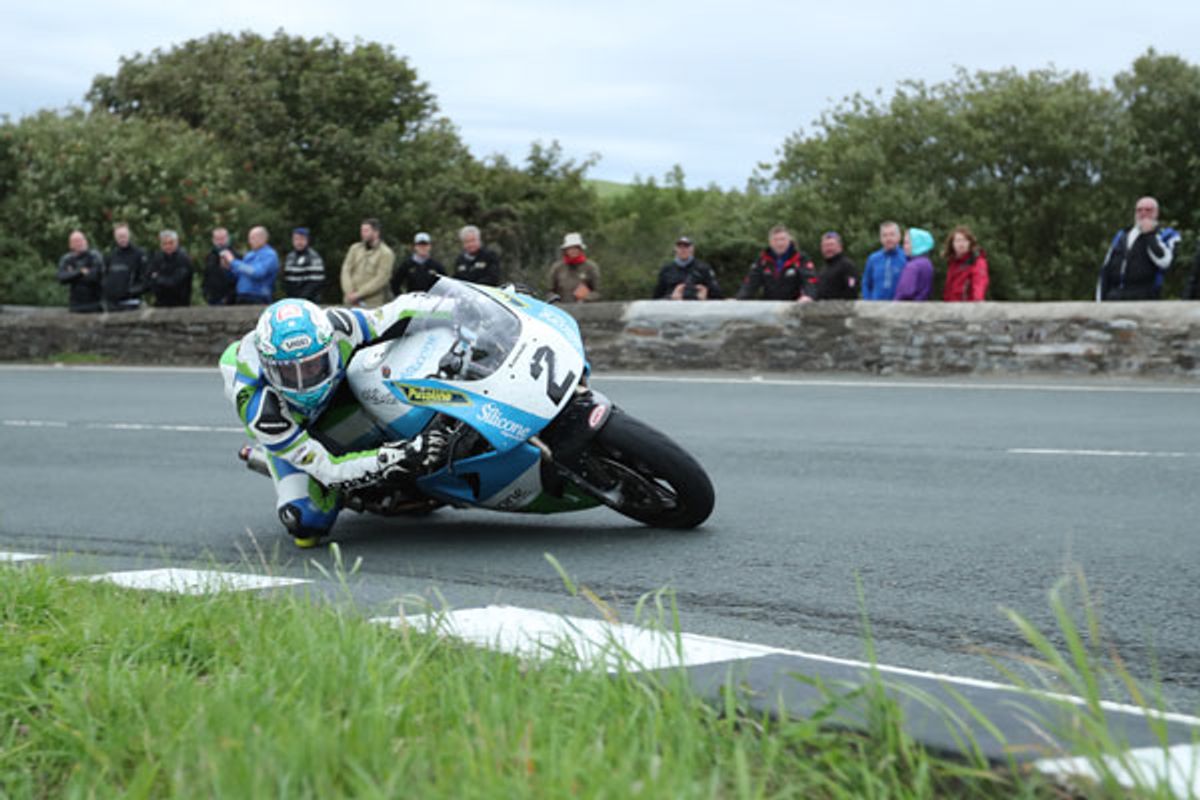 Dean Harrison, riding a Silicone Engineering Kawasaki, dominated the RST Superbike Classic TT Race to win the final race of the 2018 Classic TT presented by Bennetts, his fourth Classic TT win, by over a minute.

After the race he revealed that it had taken him a while to get going in the race:

“I felt like I had a bad start to be honest.  I didn’t feel a hundred per cent on the opening lap – I felt a bit wooden.  I did feel that if I needed to go faster I could do but it’s an old bike so I wanted to bring it home for the lads.”

He was also pleased with the conditions and the atmosphere around the course and thanked the marshals for supporting the event:

“The conditions were surprisingly good – the odd damp patches but because there was cloud cover there was no sunlight which can cause problems. Thanks to all the crowd, and the marshals who were out there throughout the week, for making it such a great event and atmosphere.”

Greenall Racing’s Horst Saiger had the honour of carrying the number 1 plate and was first away followed by Harrison, who had only qualified for the race as third fastest but had set his fastest qualifying lap on the opening night.

James Hillier, due to start fifth on the Oxford Products/ Louigi Moto Ducati, pulled off the grid after his bike was overheating and eventually got going about eight minutes behind the leading riders while Josh Brookes, on the Wiz Racing Norton, was also reported to have problems on the grid in 11th place and eventually started six minutes after the first rider got away.

Harrison’s opening lap of 125.471 gave him a lead of over nineteen seconds from Michael Rutter (123.309) with Gary Johnson (122.980) in third almost three seconds behind Rutter.  Conor Cummins, riding the two stroke Yamaha YZR500 had moved into fourth place, less than half a second behind Johnson, with his opening lap of 122.929 with Saiger (122.247) completing the top five. Josh Brookes (121.380) had moved through the field to eighth place, half a minute behind the race leader, at the end of the opening lap.

Cummins edged ahead of Johnson at Glen Helen on the second lap and with Rutter retiring at Ballacrye, Cummins moved into second place at Ramsey, over thirty seconds behind Harrison with Johnson holding third, one and a half seconds down on the Manx rider.

Coming in to the pits at the end of the second lap, Harrison’s 126.041 gave him a lead of 37 seconds from Cummins but with Cummins (1:15.912) and Johnson (1:14.834) both experiencing lengthy pit stops – and Johnson’s subsequent retirement at Quarterbridge - Saiger moved into second place at Glen Helen on the third lap.  Paul Jordan and Andrew Dudgeon completed the top five, eighteen and twenty-three seconds down on Cummins respectively. Josh Brookes, having worked his way through the field up to seventh, lost time before Cronk Ny Mona and was reported as a retirement in the pits.

Harrison’s extended his lead over Saiger to almost a minute with a third lap of 118.013 with Cummins over ten seconds behind Saiger. Jordan and Dudgeon completing the top five with third laps of 115.499 and 116.034 respectively.

Harrison duly secured the race win with a last lap of 124.238mph from Saiger (123.560) with Cummins clinching the final podium place with his last lap of 123.832 - almost ten seconds behind Saiger.  Dudgeon moved ahead of Jordan on the last lap with Jordan experiencing problems and - with Jordan reported to have retired at Handley’s - Jamie Coward moved into fifth place.