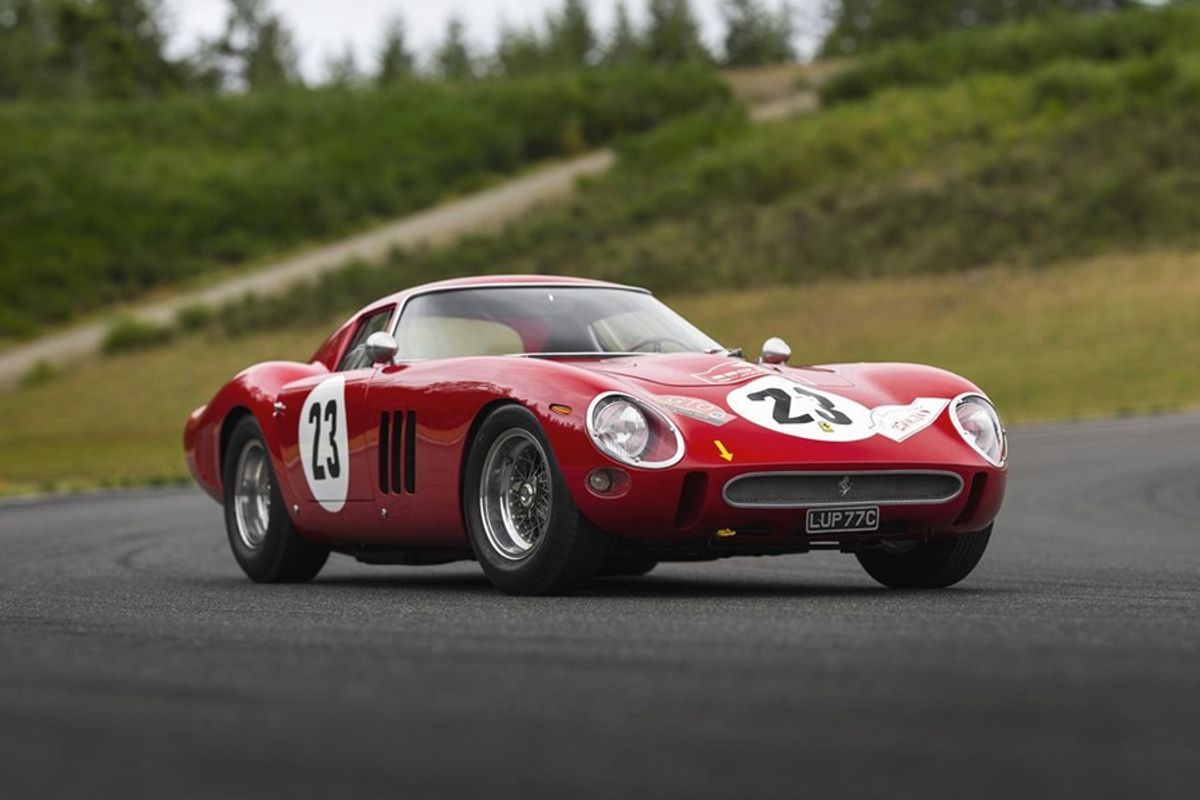 The 250 GTO championed RM Sotheby's most historic Monterey offering to date, which resulted in an overall total of $157,931,940 – one of the company's all-time top performances, the highest-grossing auction of Monterey Car Week, and a near 19 percent increase over 2017 results at the same venue.

RM Sotheby's Monterey auction drew considerable international interest in the months leading up to the event, welcoming bidders from 37 countries and seeing 83 percent of all cars offered find new homes. The collector car world flocked to Monterey to witness the momentous lineup in person, with more than 90 percent of bidders present at the preview and in the packed room, despite remote bidding options.

The thrilling two-day sale was led by the remarkable 1962 Ferrari 250 GTO, chassis no. 3413 GT, long considered to be the 'holy grail' of the collector car world and offered from two decades in the collection of noted businessman, Ferrari enthusiast, and vintage racing driver Dr. Gregory Whitten, which sold for $48,405,000, becoming the most valuable car ever sold at auction. This exceeds the previous record by more than $10 million. There were cheers and applause when five-time Le Mans winner Derek Bell stepped out of the car after driving it across the auction block in front of an overflowing salesroom, followed by gasps as auctioneer Maarten ten Holder opened the bidding at the unprecedented level of $35 million. Three collectors bidding via telephone competed for the car, sometimes moving in million-dollar increments, before it sold for a final $48,405,000 after nearly 10 minutes.

Additional stand-out moments were found throughout the two-day sale, including when the one-off 1963 Aston Martin DP215 Grand Touring Competition Prototype roared onto RM Sotheby's stage and achieved a final $21,455,000 (Estimate: $18,000,000–$22,000,000) following a high-energy bidding contest, becoming one of the most valuable British motor cars sold at auction. The pinnacle achievement for Aston Martin's racing program and the last competition car built during the David Brown era, DP215 contested Le Mans in 1963 with Phil Hill and Lucien Bianchi behind the wheel, where it became the first automobile to break the 300 kph barrier at the event.

From great American Classics through historic racers and the rarest of modern supercars, landmark prices were achieved across the 150 cars presented at RM Sotheby's Monterey sale. The 1966 Ford GT40 Mk II, chassis no. P/1016, part of the iconic trio of GT40s that swept 1st, 2nd, and 3rd overall at the 1966 24 Hours of Le Mans, reached $9,795,000 on Friday evening. The 1957 Porsche 550A Spyder, a hugely important car in Porsche's American racing history, soared to high estimate on Saturday to sell for $4,900,000, and a unique 1956 Maserati A6G/2000 Zagato racer fetched $4,515,000, a new record for the model at auction. Modern supercars showed continued strength with a U.S.-spec 1990 Ferrari F40 selling for an above-estimate $1,710,000, and the one-of-25 1998 Mercedes-Benz AMG CLK GTR smashing the previous record for the model at $4,515,000. RM Sotheby's was also proud to partner with Mercedes-AMG in Monterey to offer a never-raced 2017 Mercedes-AMG GT3 'Laureus.' The chrome-finished GT3 exceeded expectations, selling for a final $885,000, with proceeds to benefit the Laureus Sport for Good Foundation.