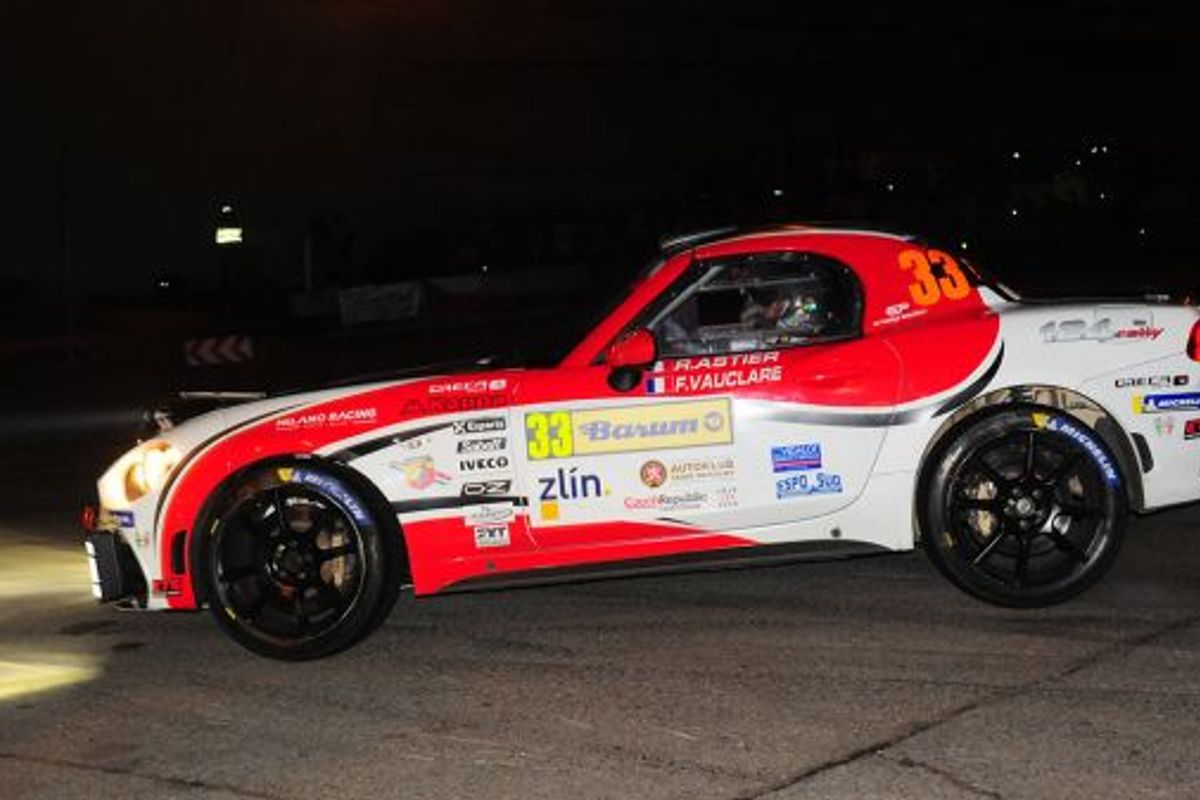 Victory in the R-GT category in the Czech Republic rally wins the world title for Team Milano Racing.

Second place for Bernini Rally Team, also in the running for the European Championship with the Abarth 124 rally.
The French pair of Raphael Astier and Frédéric Vauclaire, driving for Team Milano Racing in the Abarth 124 rally, have won the FIA R-GT world championship with a race to spare after their victory in the Czech Republic in the Barum Czech Rally Zlìn – the fourth event in the series, also valid for the European Championship.

Victories in all three races entered – the Tour de Corse, the Rally di Roma Capitale and the Barum Czech Rally Zlìn – have enabled Abarth and Raphael Astier to claim the world title with one race still remaining in the championship’s season.

In the Barum Czech Rally Zlìn, Astier also won the 2-Wheel Drive class, ahead of Italian Simone Tempestini, paired with Romanian Sergiu-Sebastian Itu, in the Bernini Rally team's Abarth 124 rally. The Czech Republic event is one of the most highly anticipated races in the European Championship and this year it attracted 121 entrants, representing 12 countries.

At the finish, Astier said: "It was a perfect weekend, with the Team Milano Racing Abarth 124 rally doing everything we could ask of it, especially in the rain on the final section. This means victory in a prestigious championship for us, and a well-deserved title for Abarth, too. I'd like to thank my team and Abarth, for giving me a reliable, competitive car."

The final race in the championship will be the Rallye du Valais, to be held in Switzerland from 18 to 20 October.