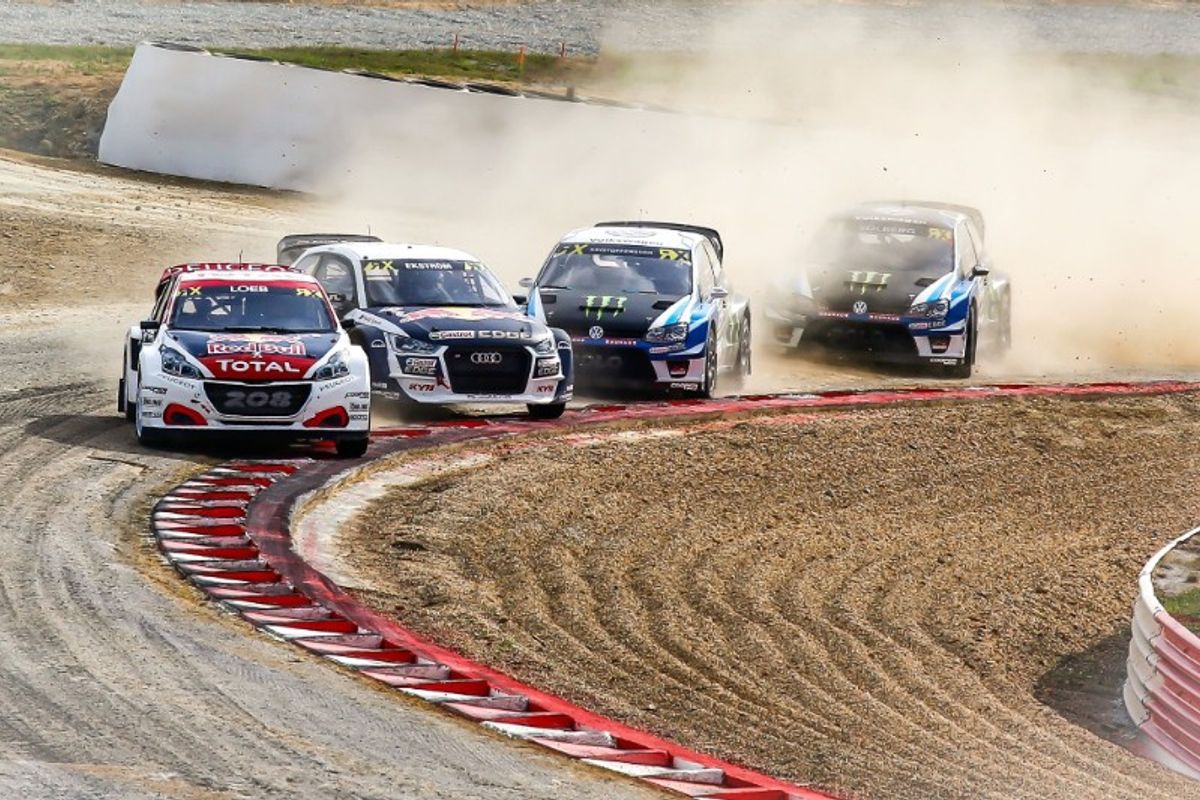 The FIA World Rallycross Championship presented by Monster Energy returns to European soil this weekend (31 August - 2 September) following its first transatlantic trip of the season, with Loheac in north-west France set to play host to motorsport’s most spectacular discipline.

Such is Loheac’s legendary appeal that a capacity entry of 25 Supercars will do battle for glory at Bretagne World RX of France, tackling the compact, 1070-metre circuit – the home of rallycross in the country and a popular stop on the World RX schedule, with upwards of 70,000 spectators regularly pouring through the gates over the race weekend. Adding to the challenge, the gravel at Loheac is unlike anywhere else on the calendar – hard-packed and abrasive in dry conditions, it can be unforgivingly slippery when wet.

Reigning champion Johan Kristoffersson (PSRX Volkswagen Sweden) continues to set the pace in the defence of his hard-fought drivers’ crown, with a fourth consecutive victory of 2018 last time out in Canada increasing his advantage at the top of the title table. The Swede has won in France for the past two years and is targeting a hat-trick.

Team Peugeot Total pairing Sebastien Loeb and Timmy Hansen currently hold joint second spot in the standings, and both have their sights firmly set on the highest step of the podium on the French manufacturer’s home turf. Loeb finished third at Loheac in 2016 and second last season and is looking to continue that run this weekend, while Hansen tasted victory champagne courtesy of a dominant display three years ago. Following a two-three finish at Trois-Rivieres, their tails are up as they bid to build on that momentum.

There is similarly a tie for fourth place between Norwegians Andreas Bakkerud (EKS Audi Sport) and Petter Solberg (PSRX Volkswagen Sweden), just a single point behind their Peugeot rivals. Both men are continuing to chase their first win of 2018 as World RX heads into its eighth round of the campaign, and both are formidable competitors and previous winners at Loheac.

Bakkerud’s team-mate Mattias Ekstrom is also well in touch following a consistent run of top six finishes, and the Swede – World RX champion in 2016 – is hunting his second podium of the year as he aims to climb the overall classification.

WATCH the 2017 Bretagne World RX of France Supercar Final from Loheac
Kevin Hansen has enjoyed a strong season to-date in the third Team Peugeot Total 208 WRX, and having been closely-matched with his two team-mates in recent rounds, the young Swede is sure to be a factor in France. The same can be said for GRX Taneco Team duo Niclas Gronholm and Timur Timerzyanov, while Olsbergs MSE took a step forward at Trois-Rivieres following a mid-season switch of engine tuner, giving Kevin Eriksson and Robin Larsson hope of a strong points-scoring run to the end of the campaign.

Behind the wheel of Team STARD’s Ford Fiesta, Janis Baumanis impressed in Canada by fighting his way determinedly into the final for the first time in 2018. The Latvian will be targeting more of the same in France, while there has been a driver change at GC Competition, with Jerome Grosset-Janin parting ways with the team and Liam Doran coming in to replace him alongside Guerlain Chicherit. The Briton’s last World RX appearance was at Holjes two years ago, so he will be fired-up to make his mark on his return.

Sebastien Loeb Racing’s Gregoire Demoustier completes the 15-strong permanent line-up, and the Frenchman – who competes under a Belgian licence – will hope to turn his circuit racing skills to his advantage at one of the tracks where he has some prior experience.

Of the ten additional entries, four are homegrown, including former World RX front-runner Davy Jeanney – the first Frenchman to win an event at the pinnacle of international rallycross competition three years ago – and double French Rallycross Champion Gaetan Serazin.

Sebastien Loeb, Team Peugeot Total, said: “As a French driver in a French team, Loheac is a very important event for me and our goal is to fight for victory. It’s a track that I really enjoy, and there are no great secrets to mastering it – you need to have clean runs, be quick everywhere and above all make good starts. Tyre management and preservation is also a key factor at Loheac, since punctures are one of the major risks over the large kerbs.”

World RX Managing Director for IMG, Paul Bellamy, commented: “Loheac is one of rallycross’ classic venues, and the huge crowds that flock to the circuit for the race weekend are true aficionados of the sport. The nature of the track presents drivers with a unique challenge, and its layout invariably produces close, exciting and unpredictable action. That will unquestionably be the case this weekend, with an impressive 25-strong entry list for World RX, almost a third of whom are homegrown talents. It’s going to be another spectacular show of first-class rallycross entertainment.”

From a Cooper Tires point of view
Paul Coates, General Manager – Motorsport, Cooper Tire Europe, said: “Loheac is a popular track and with rallycross having a strong following within France, there is always a big crowd. This circuit has one of the shortest start straights into the first corner, which – combined with one of the longest joker laps – means there is invariably a lot of action. We have seen previously that the teams’ tyre strategies are important in helping getting those valuable extra tenths of a second off their times. The strategy the teams use this weekend will be important, because the nature of the dirt on this track makes it a particularly abrasive circuit.”