September 4, 2018 in Historic and Market 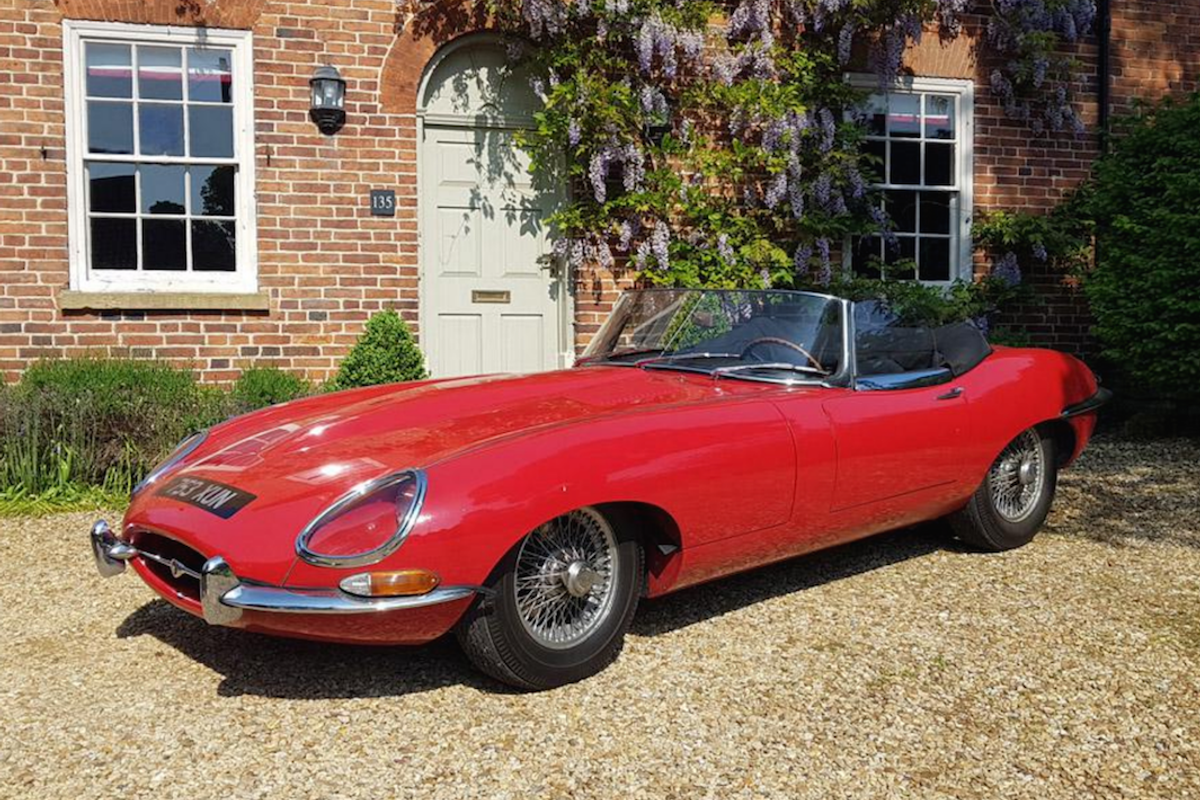 Introduced in 3.8-litre form in 1961, the E-Type caused a sensation when it appeared, with instantly classic lines and 150mph top speed. The newcomer’s design owed much to that of the racing D-Type: a monocoque tub forming the main structure, while a tubular spaceframe extended forwards to support the engine. The latter was the same 3.8-litre, triple-carburettor ‘S’ unit first offered as an option on the preceding XK150. An optimistic 265bhp was claimed, but whatever the installed horsepower, the E-Type’s performance did not disappoint; firstly, because it weighed around 500lb (227kg) less than the XK150 and secondly because aerodynamicist Malcolm Sayer used experience gained with the D-Type to create one of the most elegant and efficient shapes ever to grace a motor car. Taller drivers though, could find the interior somewhat lacking in space, a criticism addressed by the introduction of foot wells (and other, more minor, modifications) early in 1962. But of all the versions of Jaguar’s long-lived and much-loved sports car, it is the very early ‘flat floor’ 3.8-litre cars built prior to February 1962 which, for many enthusiasts, remain the most desirable.

On offer is one of those rare ‘flat floor’ roadsters that have become the pinnacle of E Type collectors around the world. Purchased by the vendors father in the 1980’s this car was the subject of an older restoration in the early 1990’s  and has been seldom driven since. Due to the value of this wonderful example, the owner decided to undertake a full engine rebuild earlier this year purely as a precautionary measure. At this time he also had the brakes and other items renewed with the total bill amounting to approximately £20,000. This delightful E Type represents a wonderful opportunity to acquire the rarest of the E Type legacy and a car that will always be the most coveted by any true Jaguar enthusiast.