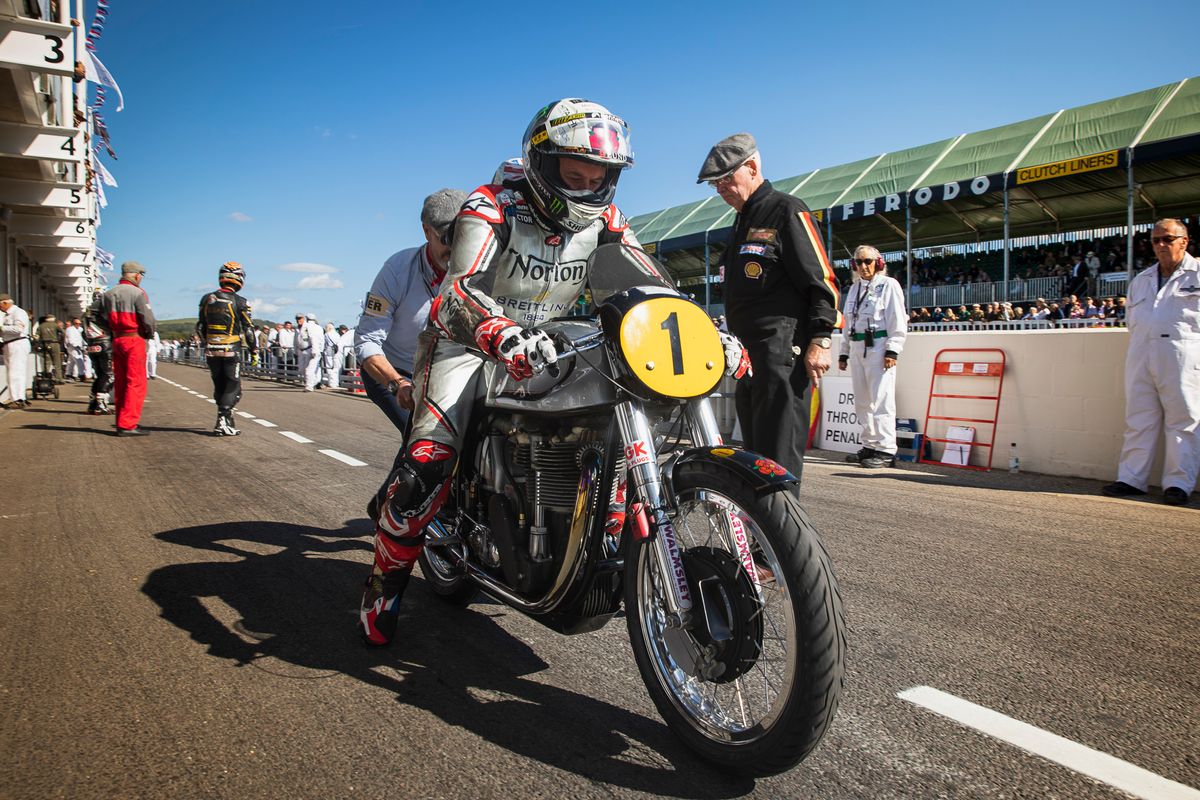 Glen English and John McGuinness claimed the spoils in the opening instalment of the Barry Sheene Memorial Trophy double-header. The Norton Manx duo starred in this thrilling 25-minute encounter, but victory appeared to be heading the way of Duncan Fitchett/Jeremy McWilliams going into the last lap. However, McWilliams took a tumble coming out of the chicane for the final time and dropped his Norton Daytona Manx. He had been leading by eight seconds prior to his spill.

Star during the early running was Australian legend, Troy Corser, who was sharing a 1929 BMW R57 Kompressor with the motorcycle’s owner, Herbert Schwab. Despite riding a ’bike that was considerably older than most machines competing in the race, the abnormally brave Corser tore through the order following a Le Mans start, the supercharged BMW writhing and bucking beneath him. He was in the lead inside four laps and stretched his advantage until handing over the reins with just over ten minutes left to run.

McWilliams was the man on the move once all the rider changes were made, and appeared set for a seventh victory at Goodwood, only for the commentators’ curse to strike. Within a split second of his sure-fire win being trumpeted, his ’bike slid out from under him. English and McGuiness came home first after 16 action-packed laps, 1.437sec ahead of Norton Manx men, Ian Bain and James Hillier. Corser and Schwab placed a brilliant third.