Goodwood: Hibberd keeps it in the family as he wins Chichester Cup 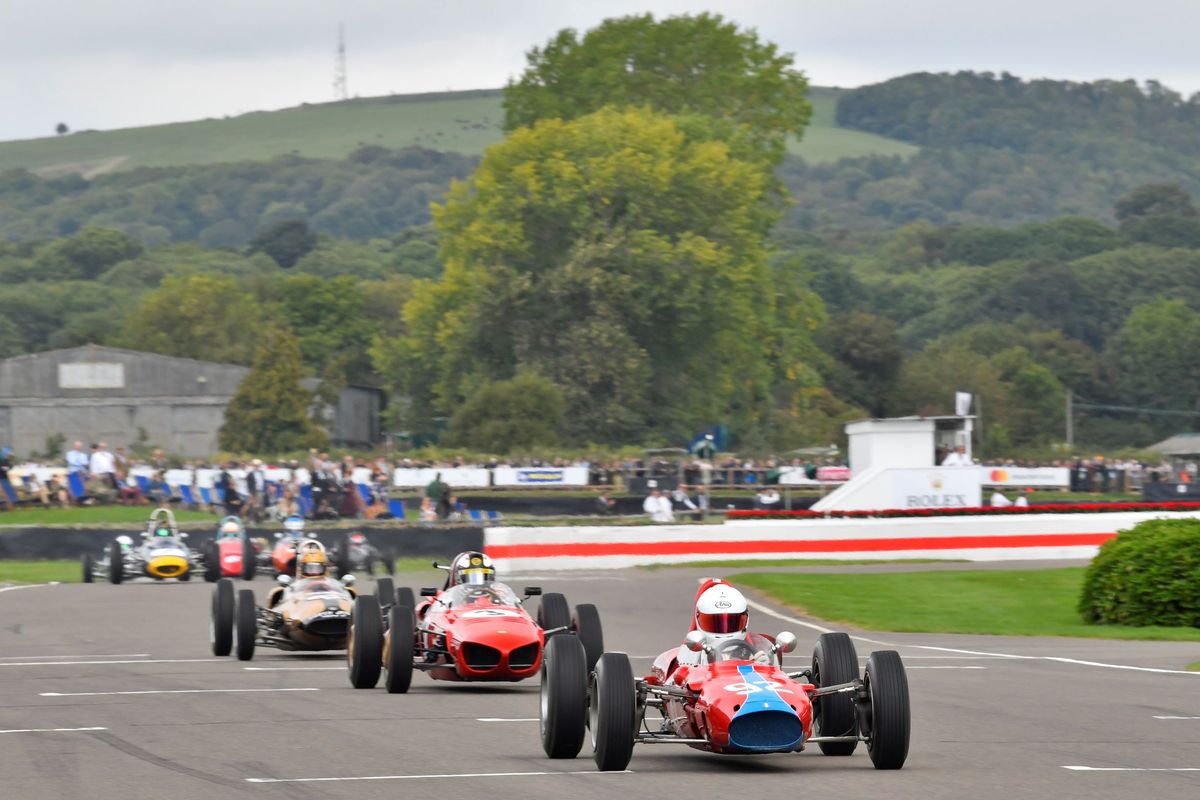 Andrew Hibberd claimed a sensational victory in the Chichester Cup race for rear-engined Formula Junior single-seaters on Sunday morning. Nevertheless, the pole-sitter’s victory was far from assured until the final lap. Hibberd, whose father Michael won this race ten years ago, rocketed off the line at the start of the 20-minute encounter aboard his Lotus 22. He was chased hard by Cameron Jackson’s ex-Tulip Stable Brabham BT2 with Sam Wilson’s Lotus 22 in third, and Michael O’Brien keeping a watching brief in fourth in the similar car of Mike Flewitt. Just 0.9sec blanketed the lead quartet as they threaded their way through the chicane for the first time.

Former Formula Renault man O’Brien, who had never raced at Goodwood before, survived a lurid moment at Woodcote next time around. The lead battle was nullified, however, after the safety car was deployed on the third lap after another Lotus became stranded on-track. Once racing resumed, O’Brien endured another scare after his Lotus rode up over the back of Hibberd’s car exiting the chicane, but he survived to fight another day. The race soon descended into a battle for the lead between Hibberd and Jackson, with Wilson and O’Brien squabbling over third place a few seconds further down the road.

Hibberd and Jackson battled mightily in the closing stages, with the latter seeming to have the edge until Hibberd got past heading into Woodcote on the penultimate lap. On the final tour, the lead pair almost tangled with a backmarker in the run up to St. Mary’s, but held on to the flag. Hibberd’s margin of victory over Jackson was just 0.5sec. Wilson was third, with O’Brien virtually glued to his gearbox in fourth.