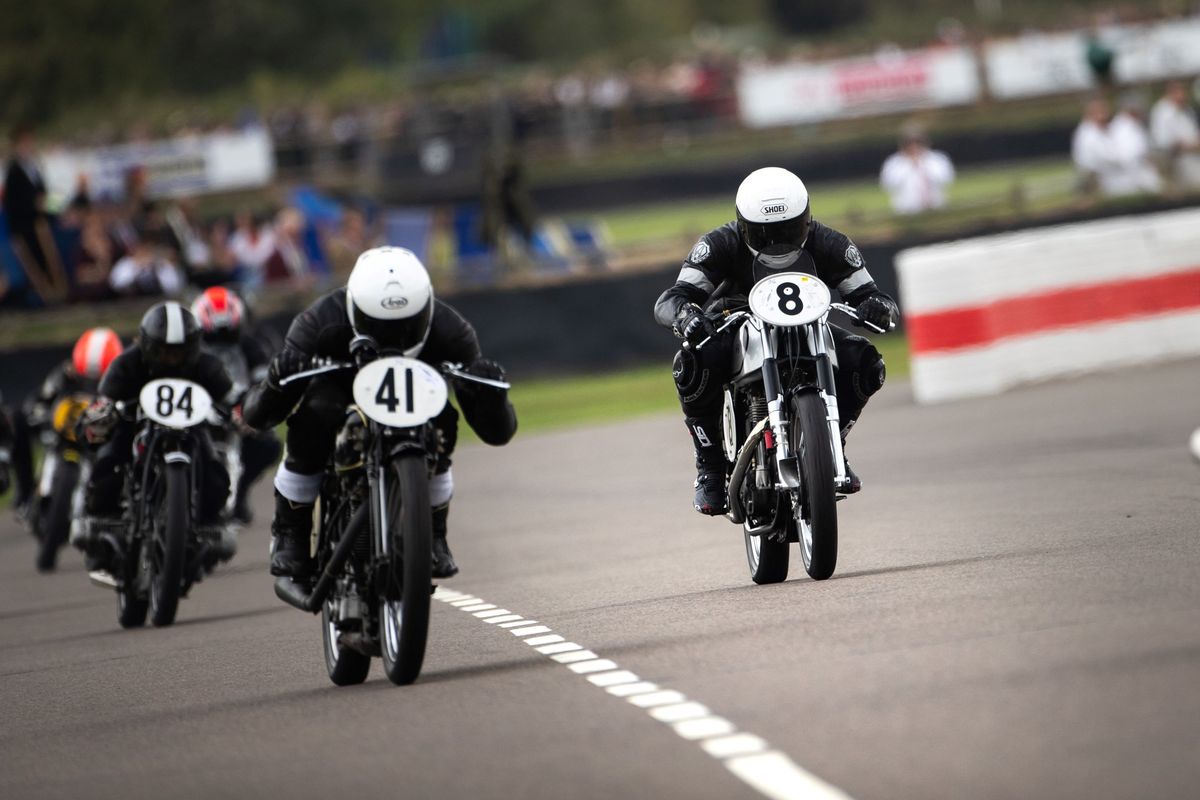 Glen English dominated the early running aboard his Norton Manx, and was leading by 2.6sec at the end of the first lap. He had extended this to 5.47sec by the end of the third tour, and to an incredible 13sec by the time he pitted to hand over the ’bike to 23-time Isle of Man TT winner, John McGuinness. Second place man Schwab had already pitted, and there was no stopping Corser aboard his supercharged 1929 BMW R57. He ate into McGuinness’ lead, clawing back the deficit. He was clocked at an incredible 125mph more than once, and streaked past McGuiness with five minutes left to run. He had time to pat his friend on the back as he did so… Corser’s margin of victory was 11.628sec. English and McGuinness were second from Ian Bain and James Hillier.