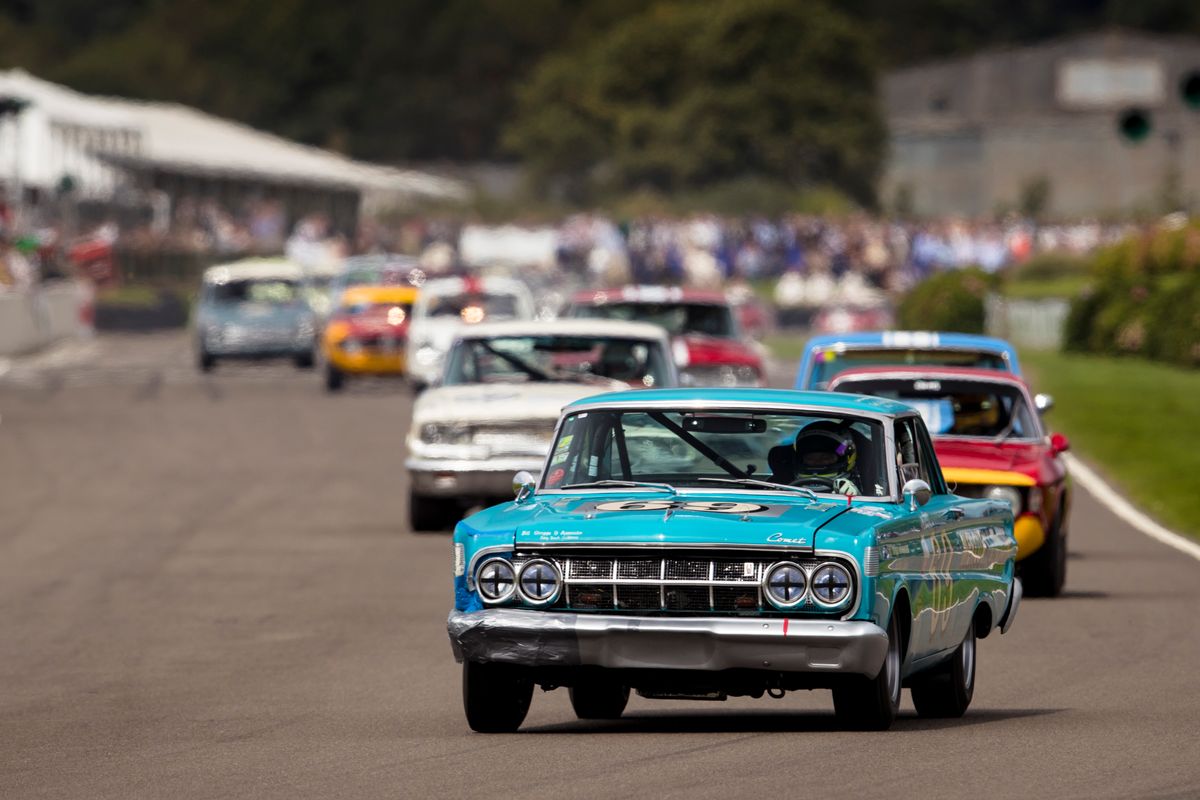 19-year-old Olivier Hart took a brilliant win in the incident-filled second instalment of the St. Mary’s Trophy saloon car race. The Dutch teen, whose Alfa Romeo 1600GTA was driven by fellow countryman Tom Coronel yesterday, drove brilliantly in a race of two parts. Lotus Cortina man Mike Jordan led Roger Wills’ lumbering Mercury Cyclone at the start, but there were frenetic battles up and down the order. This was brought into sharp relief on the fourth lap after Duncan Pittaway demolished the chicane in his Plymouth Barracuda. The race was red-flagged as a result.

The race was restarted, only for the safety car to be deployed almost immediately after Peter Chambers barrel-rolled his Lotus Cortina on the approach to St. Mary’s. Fortunately, he walked away unaided. The race got underway again with only a few laps left to run, with Hart in a class of one up front, with Ambrogio Perfetti chasing him in his Lotus Cortina. Unfortunately, the Italian’s car was then tagged by Bill Shepherd’s Ford Galaxie 500 and spun off into retirement. Fourth-place man Mike Jordan was also a casualty of this melée, and had to cede a place to arch-rival Steve Soper who was fielding his own Lotus Cortina. Hart came home the victor from Wills, but Soper and yesterday’s winner Andy Priaulx triumphed on aggregate.