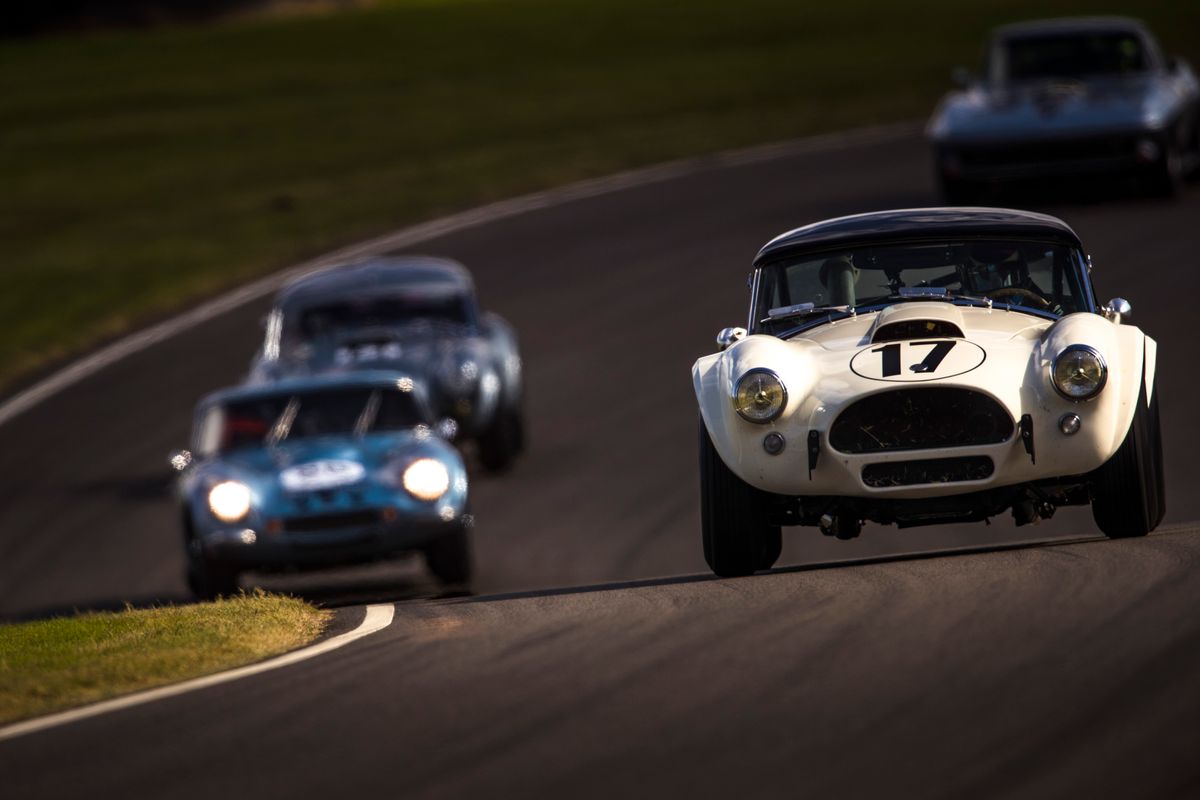 Father and son duo David and Olivier Hart claimed a convincing win in the 45-minute RAC TT Celebration thriller on Sunday afternoon. The Cobra pairing scored from pole position, but their win was far from assured. Hart Sr led during the early running, heading a train of four Cobras plus Jon Minshaw’s Jaguar E-type, only to be given a five-second penalty for glancing the chicane. He continued to lead on the road until he pitted with 30 minutes left to run, handing the car over to his teenage son to drive to the flag. Veteran racer Martin Stretton assumed the lead in the meantime aboard the Cobra he was sharing with Karsten Le Blanc, and was one of the last to pit. ‘Danger Mouse’ waited a further ten minutes before swapping seats with the car’s owner.

Once the driver changes were complete, there was no stopping Hart Jr, although Phil Keen – in for Minshaw – threatened, but ultimately had to settle for second place. Third place was only settled on the final lap, with the Mike Whittaker/Mike Jordan TVR Griffith just fending off a very determined Le Mans hero Roman Dumas in Bill Shepherd’s Cobra.