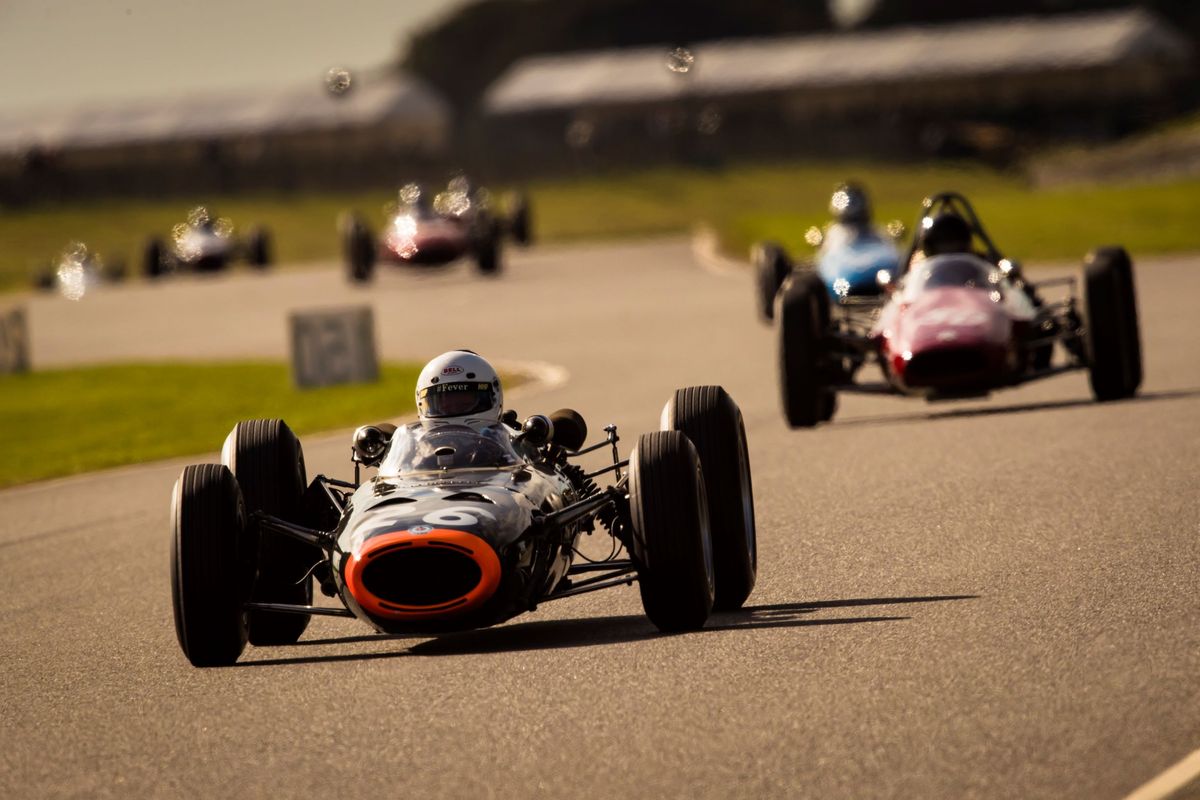 Joe Colasacco emerged on top following an epic battle with Andy Middlehurst during the 20-minute Glover Trophy race. The American, driving Lawrence Auriana’s Ferrari 1512, patiently sat in his Lotus 25-mounted rival’s wheel-tracks from halfway round the first lap to the penultimate tour before jumping him with a brilliantly-timed manoeuvre at Woodcote. It was a fantastic display of precision driving from both men who were rarely more than a fraction of a second apart as they left everyone else in their wake.

Third place fell to historics veteran Jon Milicevic in his Alan Baillie’s LDS-Climax at Woodcote on the final lap, the single-seater out-braking American Timothy De Silva’s white Lotus-BRM and just holding on the flag. Former Le Mans winner and Grand Prix driver Richard Attwood had starred earlier on, and had appeared set for a podium spot aged 77, only for his BRM to drop a cylinder at half-distance.